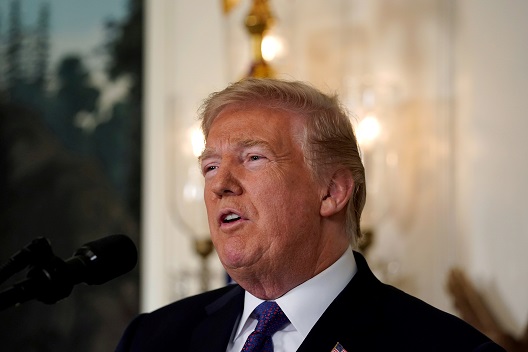 The declared top objective of the Trump administration for Syria is “the enduring defeat of ISIS [ISIL, Daesh, Islamic State].” Presumably this means not only killing the bogus caliphate in its physical and ideological dimensions, but keeping it dead. If the presumption is correct, the administration should prepare itself for a heavy and sustained political, diplomatic, developmental, and military lift in Syria; east of the Euphrates River. There is no sign it is preparing to do so. The concern here is that the security of American allies and friends in the region and in Europe will be jeopardized by a half-hearted American effort; that an undead ISIS can threaten North America itself.

It is common knowledge within the Trump administration that killing ISIS and keeping it dead in places where American military forces are present—Syria, Iraq, Afghanistan—requires far more than kinetic action. It is astounding to many observers—this writer and senior government officials—that there are no plans and no funding to transition from battle to stabilization, legitimate local and regional governance, and reconstruction in eastern Syria. Instead the mantra “We don’t do nation-building” dominates the minds of what passes for leadership on this issue.

Yet the enduring defeat of ISIS—at least in eastern Syria—will not happen unless the vacuum of political illegitimacy filled by pseudo-Islamic murderers, terrorists, pickpockets, and pimps is filled; filled by governance seen by the governed as competent, inclusive, responsive, and respectful. Leave that vacuum unfilled or (in Arab areas) filled by Kurds attached to a Marxist ideology, and the dead caliphate will surely be resurrected.

The same is true in Iraq. But Iraq has a government. Yes, it is a government plagued by corruption and Iranian influence. For better or worse, however, Washington lacks in Iraq the vacuum-filling potential it has in Syria east of the Euphrates.

Yes, Syria too has a government. But it is a wholly owned subsidiary of a crime family and entourage eye brow deep into war crimes, crimes against humanity, and bottomless corruption. It is dependent on Iran and Iranian-commanded militias—heavily Shia and foreign fighter—for ground combat operations.  Permitting Assad and Iran to move into eastern Syria would let both to do what comes naturally to each: collaborate with and co-opt ISIS operatives for purposes defined by an anti-American state terror regime and an Iran eager to banish American influence from the region altogether.

Indeed, the ISIS problem goes far beyond Iraq and Syria. Toxic, illegitimate, Arab governance is the miracle elixir for Islamist extremism in all its forms. One hopes that ultimately a talented, ambitious, and entrepreneurial population base—women and men—will prevail over rulers whose repression of the decent vaporizes legitimacy and permits the indecent of the Islamist extremist variety to vie with them for political power. True, the West can open its doors to permit the escape of the best and brightest of the Arab world, as it has done for well over a century. But a region run in large measure by thieving despots contested by Islamist extremists will also export terror and waves of refugees capable of undermining Western democracies in ways that delight authoritarians all around the globe.

In the context of ubiquitous Arab world political illegitimacy—the near-absolute contempt for consent of the governed—northeastern Syria may seem like a small thing. But it is a place where the United States has been engaged in combat for nearly five years. This effort been aimed, drawing on the rhetoric of two administrations, at degrading, destroying, killing, and keeping dead ISIS in Syria. Both administrations have known that turning liberated areas over to veteran practitioners of terror—Iran and the Assad regime—would be to raise ISIS from its deathbed or from death itself. Yet both administrations have pretended—despite what is common knowledge at senior governmental levels—that the cure for what has ravaged eastern Syria is predominantly or exclusively military in nature.

If Washington is serious about killing ISIS in eastern Syria and keeping it dead, it will switch gears now to a well-funded stabilization effort, one focusing on physical reconstruction and helping local Syrians create legitimate, effective civilian governance. Funding need not be the exclusive or even primary responsibility of the American taxpayer. But the United States must lead. Gulf money would be welcome. But Gulf advice on Syrian leadership issues would not.

This heavy American lift will require many hands; many more than are currently engaged. It will require having an empowered ambassador in Ankara. It will require a sustained commitment of many years featuring civilians in charge with the military in a support role. Yet the military role would continue to be vital in terms of logistical support, intelligence, and the ability to apply decisive lethality to any hostile force seeking either to breach the Euphrates River line or Syria’s border with Iraq.

Until evidence appears that this switching of gears and heavy lift is forthcoming, adversaries and enemies of the United States (beginning with ISIS) will see American rhetoric about objectives in Syria as empty and even contemptible. This is a habit they acquired during the Obama administration. The Trump administration should break them of it. The fear here is that it will not, and the security-related bill will be high and recurring.

Ambassador Frederic C. Hof is Bard College’s Diplomat in Residence and a distinguished senior fellow of the Hariri Center.