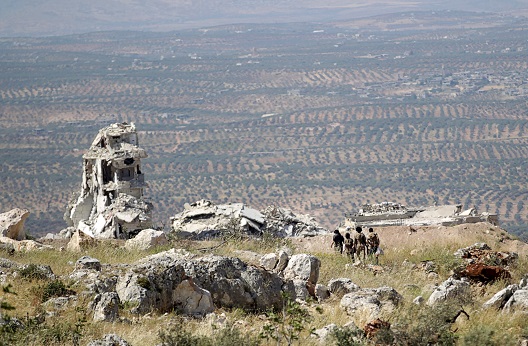 A Syrian regime offensive on Idlib province has been avoided for now, through a Russian-Turkish agreement. This is a much-needed reprieve for the beleaguered people of Idlib. Turkey, Russia, and the United States are likely relieved as well. There is speculation that a new US policy in Syria compelled Russia to make concessions and agree to a deal, but it is more likely a result of Russian-Turkish convergence on key issues. This alignment of interests bodes relatively well for the deal (given the dismal standards of deals in this war). Yet some of Turkey’s obligations are unrealistic and the regime remains undeterred long term, making this an inherently fragile arrangement.The agreement centers on the creation of a 15km-20km demilitarized zone (DMZ) roughly along the border of Idlib province, jointly patrolled by Russia and Turkey. Russia commits to preventing a regime offensive, but Turkey must adhere to strict conditions against a difficult if not impossible timeline: the removal of radical groups—presumably including the al-Qaeda derivative Hay’at Tahrir al-Sham (HTS)—and all rebel heavy weapons from the DMZ. Turkey reportedly has roughly a month to accomplish this, and must reopen ground transit routes between a number of key Syrian cities.

The United States had already embarked on a renewed outreach campaign to Turkey through the assignment of Ambassador James Jeffrey as Syria envoy, and his trip to Ankara which Is widely understood as an attempt to reconcile. At the same time, Congress and the State Department sought to block the normalization of Assad’s regime and complicate Russian and Iranian attempts to wrap up the war. Thus while Idlib held no intrinsic strategic value for the United States, it offered a means of testing its more robust policy in Syria. The United States almost certainly provided diplomatic cover for Turkey as the latter negotiated with Russia, but it remains unclear whether US diplomatic cover affected Russian strategic calculations. The Idlib agreement spared the United States from having to respond to a potential conflict between Turkey and Russia in the event of a regime offensive. Yet unless there was a clearly-communicated US military commitment to defend Turkey in Idlib, the US role in this agreement seems secondary.

Unless a US-Russian war was a real possibility, the reason the regime did not attack Idlib is its patron Russia does not want to destroy its relationship with Turkey, which has proxies and territorial interests in the province. Russia values this relationship because it undermines the integrity of the NATO alliance and gives it leverage against the West. Turkish cooperation is also essential to giving some substance to the separate Russian-endorsed Astana peace track, which competes with the Western-endorsed Geneva track and its implicit hostility toward Bashar Assad. Since the Russian intervention in Syria is largely a geopolitical move targeted at the West, Russia found a way to convince the Syrian regime to postpone its attack on Idlib.

Turkey has been spared the humiliation of withdrawing in the face of a Russian-supported regime intervention (or alternatively the enormous risk of confronting this coalition militarily). It gets to keep its military posts in Idlib and most of its proxies intact. In return, however, it must somehow disentangle its own militias from the extremists the agreement singles out, and ensure all rebel heavy weapons are withdrawn from the DMZ. One month is an extremely short timeframe in which to do this. Still, the parties can always extend the timeline and reassess, if they still see value in the agreement. Just as likely however, if it fails, the regime or Russia may use this as an excuse to resume hostilities.

Ultimately, the statements and even the actions of the United States and Russia in Syria are transient. Both will eventually grow bored with Syria or distracted by other obligations. Neither has a core strategic interest in who controls an impoverished province in northern Syria. The Turkish and Syrian governments, however, are not going anywhere. The former now has a vital interest in controlling much of northern Syria, which allows it to contain Kurdish power and create adjacent zones of influence that can hold Syrian refugees who would otherwise spill into Turkey.

Above all, the Syrian regime views Turkey as an occupier, a view that is only magnified by its zero-sum, paranoid, and security-obsessed Baathist worldview. This regime may grant Russia temporary concessions in a time of national emergency, but it will eventually try to sabotage any arrangement that does not restore its sovereignty over all of Syria. Ultimately, the war for Idlib will be fought between the Assad regime and Turkey, and likely decided by force.

Faysal Itani is a Resident Senior Fellow at the Rafik Hariri Center for the Middle East. Follow him on Twitter: @faysalitani.

Image: Photo: Rebel fighters from the Ahrar al-Sham Islamic Movement walk on a hill in Jabal al-Arbaeen, which overlooks the northern town of Ariha, one of the last government strongholds in the Idlib province May 26, 2015. REUTERS/Khalil Ashawi/File Photo