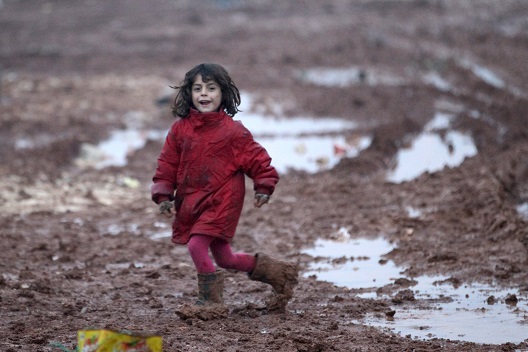 Since the regime defeated opposition forces in Aleppo, the rebels have been struggling to regain their balance. Reeling from their recent defeat and struggling with internal challenges, though, they have yet to put forth any solid plan.

The opposition’s defeat at Aleppo is not only a major loss for the rebels, but the aftermath is hindering their recovery in other ways: the evacuation agreement required they surrender their heavy weapons and they have not had enough time to reacquire these and to build military installations outside of the city; individual fighters are most concerned about safeguarding their families; and the suddenness of the evacuation did not give the factions sufficient time to establish camps outside of the city to absorb their fighters. Most of the fighters who left Aleppo are busy securing new residences for their families, as they find themselves homeless in a new place without work to guarantee income.

Turkey and Russia signed onto a comprehensive ceasefire agreement between Russia and the Syrian Opposition delegation on Thursday, December 29th in the Turkish capital of Ankara. This agreement came about as a result of a joint Turkish-Russian effort to achieve a ceasefire on all Syrian land and to prepare for discussions that will be held in the coming month in the Kazakhstani capital of Astana aimed at reaching a final resolution to the Syrian crisis. The ceasefire gives this opposition a time to regroup and reacquire money and men—most especially the Aleppo factions, who were driven to the Aleppo and Idlib countryside leaving their heavy and medium weaponry in the city in accordance with the conditions of the evacuation conditions.

The recent ceasefire came as fighters in northern Syria split into two main poles of the Syrian opposition. On December 28th, the moderate revolutionary factions issued a statement announcing the launch of an initiative to unify the opposition ranks by forming a coalition of powerful blocs in order to realize the aspirations of the Syrian people. The most important military factions to sign this statement were:

The ceasefire has given the brigades and military formations some time to put a unified military structure in place and to form ranks. At the same time there was much talk, especially on social media, about a coalition that would include Jabhat Fateh al-Sham, formerly Nusra Front, and Harakat Nur al-Din al-Zenki, which was one of the largest factions of the Fateh Halab rebel operation center. Fateh Halab included moderate factions and was supported by The Friends of Syria Group until the middle of 2016, after which they stopped because Nur al-Din al-Zenki began moving close to Fateh al-Sham and coordinating closely with them. Fateh al-Sham is also trying to entice Ahrar al-Sham to join the coalition, but the group is split between hardliners and more pragmatic groups, and thus far they have not joined.

Perhaps what is causing the most pressure on the leadership Ahrar al-Sham’s leaders is the recent formation of a subgroup within their ranks, calling themselves Jaysh al-Ahrar. This sub-coalition is composed of a number of brigades operating under the Ahrar—more precisely, from the brigades closest to Fateh al-Sham, which are critical of Ahrar’s political office because they see it as pulling the group toward the more moderate, non-extremist factions that want to work with foreign supporters.

This matter is putting Ahrar al-Sham in a bind: if it were to join a coalition with Fateh al-Sham, it would subsequently be classified as a terrorist movement and estrange many of the moderate factions and foreign donors. However, if it decided to join with the moderate factions then it runs the risk of major defections to the jihadist groups, since Jaysh al-Ahrar makes up more than half of Ahrar’s fighters and will likely break off from the parent group.

In the event the two coalitions are realized, the opposition could clearly split into two camps that have polar opposite ideologies. Many Syrians fearing that infighting will cause a major split between the two poles.

The ceasefire and cessation of air strikes will have a positive humanitarian impact in Syria, especially by giving many relief organizations the chance to help the estimated 40,000 individuals who fled Aleppo city to the eastern countryside. The organizations were not prepared to absorb this large number of people and have issued calls for help and additional aid to be delivered. Idlib is now hosting displaced people from Homs, Damascus, and Aleppo, as each time the regime retakes territory, it stipulates in the terms of surrender that opposition members and supporters be relocated to Idlib.

Aleppo’s civilian activists are also struggling to recover. Since leaving Aleppo they have not been able to start after losing their areas of operation in the city. Aleppo city, despite the siege and fighting, had been provided relatively favorable conditions for civil society work while under the control of moderate factions.

Many of the Aleppo’s civil society activists are shocked at how restricted they are living in areas controlled by jihadist movements, leading many to speak up and write about how deplorable life is under the extremist groups. Jihadist groups believe that these activists and their projects are connected with Western nations. There are also major restrictions on the work of civic institutions in Idlib. Many of the media centers, for example, now lack equipment as it was lost due either to bombing or seized by the regime before they could remove it. Also, many doctors do not have medical facilities to continue their work because the evacuation agreement did not allow them to remove their medical equipment from hospitals.

Amid attempts the nationalist opposition’s merger talks and the jihadists’ talks, the risk of these two main opposition groups fighting themselves, the chances of the ceasefire succeeding, and talk about how the Syrian regime and its allies might launch new battles in the event of a ceasefire breakdown, the Syrian opposition, military and civilian, are trying to reorganize. Yet the situation is not in their favor.

Even if the plan for the Fatah al-Sham coalition is successful it will fail to stick because it will not receive support from foreign backers and the opposition is not able to resist the regime, Russia, and Iran without them. At the same time the moderate factions, sometimes called the pragmatic factions, face significant handicaps. Unity is not enough at a time when the regime and its allies are advancing on multiple fronts, the United States has no desire for any serious engagement, and Turkey and Jordan are interested in the practical issues of securing their borders and state interests. The opposition needs a new plan to get back on its feet after the losses of the past year but no one has put forward a practical plan yet.