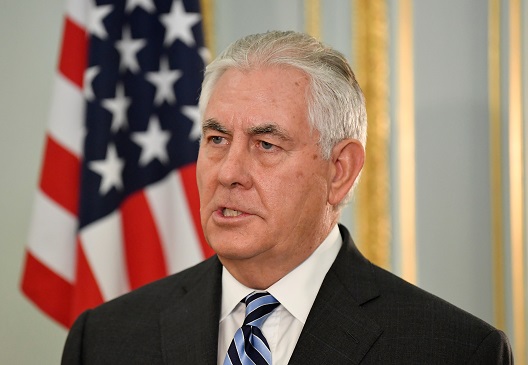 Former US president Barack Obama announced the first airstrike against the Islamic State (ISIS, ISIL, Daesh) in Iraq in August 2014. Within a month of Abu Bakr al-Baghdadi’s declaration of the caliphate, aerial operations against the Islamic State were launched, but despite this fact, the costly process of defeating ISIS dragged on for another three years. Their eventual defeat came after a lengthy battle during which a coalition of seventy countries carried out more than twenty-five thousand aerial raids, causing substantial loss of life and the widespread destruction of infrastructure and private property.
By the time the Iraqi city of Mosul and Syrian city of Raqqa were declared free from ISIS fighters, images showed how the two cities were largely destroyed, strewn with debris and rubble as a result of the fierce aerial bombardment.. The declaration of victory came at a great cost, and could be seen as little more than a public relations victory for the Trump administration, which is keen to adhere to its election promises pertaining to foreign policy, without regard for the consequences.

However, US Secretary of State Rex Tillerson’s comments last week represent a new source of hope that the Trump administration is taking foreign policy matters more seriously. In a speech at Stanford University, he spoke of the necessity to forge g a strategy which would guarantee that ISIS never makes a comeback, a situation the State Department will remember from its experience of withdrawing its troops from Iraq in 2011. It is imperative that the US and its allies in Syria come up with an agreement comprised of well-considered and practical steps which will help  heal the fracture that has emerged in Syrian society.

In the effort to defeat ISIS, the US administration relied on allied forces outside of ISIS- controlled territory. In Iraq,  the US supported a military coalition made up of mostly Shia fighters who were loyal to Tehran, such as the Popular Mobilization Units (PMU) who helped liberate the predominantly Sunni city of Mosul. This military operation was directly responsible for intensifying the socio-religious rift between Sunnis and Shias in Iraq, a country that has greatly suffered  over the last decade from sectarianism. Similarly, the United States gave arms to Kurdish forces in Iraq as part of the fight against ISIS, which was a factor in the Kurdish Regional Government’s decision to announce their intention to secede from Iraq. This has deepened the rift between the Arabs and Kurds in the region, and has raised tensions which could one day lead to another long civil-war in a country already suffering from the chaos of a proliferation of weapons and lack of central authority.

The United States pursued a similar policy in Syria, where Washington provided weapons to the Kurdish Syrian Democratic Forces (SDF), dominated by forces from the People’s Protection Units (YPG). This is the Syrian arm of the Kurdistan Workers’ Party (KPD), which has been classified as a terrorist organization by Turkey and the United States. In mid- October 2017, these forces declared their control over Raqqa—the former capital of the Islamic State—and put up pictures of the founder of the KDP Abdullah Ӧcalan after a long battle which razed Raqqa to the ground and forced half a million of the city’s inhabitants to leave their homes.

The SDF has sought to present itself to the world as a military force trying to administer a city made up of Kurds, Arabs, and Turkmen. Yet these claims have proven to be superficial, as Kurdish politicians have occupied every important political post in post-liberation Raqqa. Some Arab officials presented to the media are in reality puppet leaders and under control of the Kurds; a fact which further widened the rift in northern Syria between the Arabs and Kurds of that region.

US recognition of an existing societal rift would be a significant step towards a solution for Syria after years of war, extremism, various support for ethnic and religious groups, the nourishing of a secessionist ideology, and desire for expansion and control. Finding such a solution may take years and will need greater effort and support than what the US has provided for the battle against ISIS, requiring more than empty slogans and on-message speeches.

On top of this ideological support, the provision of better services for those communities ravaged by war is a crucial pillar in the battle to end the struggles which assail the Middle East. Additionally, the support for groups which work on the ground to fight extremism by understanding and refuting its ideology is also crucial. An example of such an organization is the recently founded ‘Academy for Fighting Extremism in Syria’ which holds open discussions on extremism, and is developing its own curriculum by hosting numerous workshops and forums on the topic. In addition to this, empowering local communities to exercise self-rule would also be a real step towards stability.

For this reason, work must be done to establish real, democratically elected local administrations. Failing this,  technocratic local governments must be created that represent the different factions in society. Such governments should work to smooth the path for different factions to work together in one society, thus guaranteeing the fair distribution of opportunities to all groups without recourse to religious or nationalist ideology.

Youth empowerment is another important component of this mission. At the very least, the young should be prevented from falling prey to movements with extreme ideologies, which currently represent, if nothing else, a spiritual haven from injustice, unemployment, and poor public services. Rural areas need more support, as the majority of territory that fell under ISIS control was located in the countryside. Over the last decade these areas have suffered from poor living conditions and climate change, which has contributed to an economic decline. To  support rural areas, projects to revive  the countryside and agriculture industries must be supported.

It is notable that there is no clear and realistic picture of how strong ISIS currently is after a number of its fighters fled to the desert and rural parts of Syria and Iraq. At the same time, media obfuscation of this issue continues, as reports focus instead on news of victories. Meanwhile, ISIS fighters are dispersing in both active and non-active cells from areas they lost but have yet to be completely controlled by new forces, in an attempt to regroup and reorganize their cells. They have also been carrying out targeted attacks, including most recently, the attempted assassination of Ibrahim al-Hasan in Ayn Isa, north of Raqqa. Al-Hassan is an official from the ‘Reconstruction Committee’ affiliated with the Raqqa City Council. Such an event reminds us of the necessity of drying up the Islamic State’s local sources of manpower, by empowering and supporting local communities living in the shadow of governments.

Achieving the specific aim mentioned above is well within reach for the US, so long as the US is prepared to take the required steps of maintaining a presence in northern and eastern Syria. As it stands, the US may well be able to prevent ISIS from returning to the areas under American control. However, the path to achieving the five goals that Tillerson stated is not clear given  the current level of commitment by the United States in the Syrian conflict. Even the basis of these aims—which include preventing ISIS from returning to the areas not currently under US control, overseeing a transition away from Assad in Syria, restoring negotiations to the remit of the UN, and the return of refugees and those displaced—will be empty words unless we see an unprecedented level of US commitment to action in the Syrian conflict.