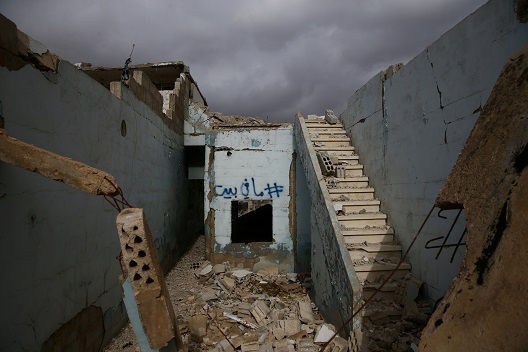 There is a dramatic increase in the targeted assaults on Jabhat Fateh al-Sham (JFS), the rebranded former al-Qaeda affiliated Nusra Front. The US-led international coalition 21 reportedly killed JFS fighters on January 11. The attack seems to be part of a wider campaign against the group which led to the killing of more than 50 fighters since the beginning of 2017. The unprecedented assassination rate against the JFS indicates a significant shift in the United States’ policy toward the group, which has been, until recently, focusing on combating the Islamic State (ISIS, ISIL, or Daesh). The intensified operation against JFS raises questions about the reasons behind it and the impact it has on eliminating the group.

The Nusra Front was established in Syria in late 2011 and its military exploits against the Assad regime quickly gained it a high profile. Nusra also employed social and political programs to gradually increase its influence in areas under its control and root itself within Syrian society. In December 2012, the US designated it a terrorist organization because of its affiliation with al-Qaeda. Syrian opposition factions started pressuring Nusra to distance itself from the parent organization after the group pledged its allegiance to al-Qaeda chief Ayman al-Zawahiri in April 2013. On July 28, 2016 the group announced its split from al-Qaeda and the formation of a new group named Jabhat Fateh al-Sham to gain more grassroots support, overcome the threats facing it, and encourage other opposition factions to merge with it. However, ideological differences and worries over the reaction of Western-backers made rebels hesitate to join with the JFS.

Prioritizing fighting ISIS in both Syria and Iraq limited the US actions against JFS to a targeted-killing campaign against the group’s veteran al-Qaeda members. The first US-led coalition air strike against ISIS Syria was on September 2014 against the “Khorasan Group,” a subgroup within Nusra suspected of plotting attacks against the United States and its allies. Since then, The United States has been conducting sporadic attacks against high profile members in the group. In a clear strategy shift to escalate the fight against the group, president Obama ordered the Pentagon in November 2016 to find and kill the leaders of the group in Syria that the administration had largely ignored until now. Obama’s new orders give the US military’s Joint Special Operations Command (JSOC) wider authority and additional intelligence-collection resources to go after JFS’s broader leadership. Intense drone attacks have been carried out, eliminating a number of high-value targets, including: Ahmad Salama Mabruk (aka Abu Faraj al-Masri), a veteran al-Qaeda member with an extensive history at senior levels of the network; Khattab al-Qahtani, a senior al-Qaida official from the Persian Gulf region with reported ties to Osama bin Laden; and the elimination of Jaysh al-Fatah commander Usama Nammoura in Aleppo (aka Abu Omar Saraqeb).

There are several potential reasons, either individually or collectively, that may explain the new push against the JFS. US officials stated to the Washington Post that the anti-FS campaign aims to block the group from filling the void created from degrading its rival ISIS and becoming a bigger threat down the road. They hope to use the attacks to scare Syrian rebel groups and push them away from the JFS, especially in light of increased cooperation and even merger talks between them. JFS’s territorial control, which force it to set up public premises and operate in the open, also makes it more vulnerable to assassination attacks. According to Hassan Abu Haniyeh, a Jordanian researcher, most of the JFS fighters were killed in Idlib, JFS’s strong hold, which should have been its most secured location.

JFS has also made changes to its long and strict recruitment procedures, making them more flexible to entice new fighters to its ranks. Although this provides the group with the needed manpower to present itself as an indispensable military force, it also makes it more vulnerable to infiltration.

The increase in attacks could be related to a breakthrough in the intelligence reports on the group. The increased tension between Turkey and JFS may have pushed the former to share more intelligence information about the group and its activities. Turkey’s military intervention in Syria against both ISIS and Syrian Kurdish forces, which are considered a threat to Turkey because of their affiliation with the outlawed Kurdistan Workers’ Party (PKK), has put it at odds with JFS. The terrorist organization opposed Turkey’s military operation and even arrested some of the fighters participating in it, saying it has diverted the rebel’s attention away from fighting Assad. This hostility and the restored relations between Turkey and Russia might have motivated Turkey to share more information about JFS. “There is a strong rumor that Turkey is cooperating with the US in the fight against Fateh al-Sham. Although it is not clear whether it is true or not, Turkey has both the motive and the capacity to do it. Turkey now views Fateh al-Sham as a spoiler and hindrance to its interest in Syria. The latter also views Turkey as a threat due to its increased cooperation with Russia,” said a Western diplomat based in London, who spoke on condition of anonymity.

The US-led air campaign against ISIS, now in its third year, has been able to degrade the group but has not been able to defeat it. Similarly, the new push against JFS will likely eliminate some of its leaders and fighters but it will not defeat it. In absence of a political solution to the conflict in Syria, rebel groups will view these attacks against the group as a favor for the Syrian regime, as they only target its opponents. As a result, the attacks might help the group attract more recruits and resources. The fight against JFS will only bring positive results by adopting a clear, comprehensive and participatory strategy that addresses the causes of the group’s rise. This could be done by allowing locals to identify and seek assistance in addressing the deep-rooted problems that JFS exploited on its path to power in the first place. Without such a strategy, it is unlikely that JFS can be defeated without the risk of creating an even stronger monster down the road.

Image: Photo: Graffiti reading "there is no house" in Arabic is sprayed on the wall of a damaged house in the rebel held besieged city of Douma, in the eastern Damascus suburb of Ghouta, Syria January 8, 2017. REUTERS/Bassam Khabieh