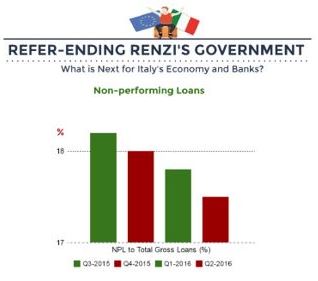 Check out the latest EconoGraphic from our team on the Italian Referendum and Italy’s economic issues that will impact its growth and stability.
Your TTIP&Trade in Action Team is going on break over the holidays. We look forward to an interesting year for trade and will continue to update you on “Trade in Action” in 2017. When we return in January, we will be revamping the newsletter, stay tuned!

Editorial Spotlight: When It Comes to Trade, What Are the US President’s Powers?

There are several rumors of what we have to expect from US trade policy starting in January. US President-elect Donald Trump has mentioned that he wants to impose a 35% tariff on Chinese imports, re-negotiate or pull out of NAFTA, and withdraw from TPP. This week, we take a look at the powers of the US president when it comes to trade agreements and tariffs. What is possible, impossible?

Free Trade = Fair Trade in the European Union : EU Trade Commissioner Cecilia Malmström, Tuesday December 13 after the European Council breaks the deadlock on trade defense instruments modernization.
“The EU stands for free, rules-based trade and we must be able to address unfair subsidies and dumping with determination. The tireless efforts of the Slovak Presidency, and by Member States, have been instrumental in finding this compromise.” (European Commission)

Free Trade in Retreat
As president- elect Donald Trump prepares to move into the White House on a wave of anti-globalization and protectionist rhetoric, a new report warns that free trade is under threat. (Handelsblatt)
Beneath the Bluster, Trump Offers the Chance to Rethink Trade
In this article, US geoeconomics fellow at Chatham House’s US and the Americas Programme Marianne Schneider-Petsinger offers a view from Europe of what is at play in the US election. (Real Clear World)

By Putting Its Mark on Trade with Europe the Trump Administration Can Advance US Power and Prosperity
Following a policy brief for the European Policy Centre published prior to the US presidential elections, Senior Advisor for Trade and Transatlantic Relations at Transnational Strategy Group LLC Peter Rashish provides an analysis of what the Trump administration will mean for TTIP. (Washington International Trade Association)

How Trade Keeps America Great
At the FedEx Corporation National Competitiveness Forum on December 9, FedEx CEO Frederick W. Smith explains why trade is not the reason for the economic challenges facing the United States. (FedEx)
Is Free Trade Fair Trade? Examining the True Impact of NAFTA
Thomson Reuters Labs have looked at the data behind one of the world’s most notable free trade agreements – NAFTA – to reveal the layers of complexity that determine how a successful Free Trade Agreement operates. (Thomson Reuters)

Trump Should Use TPP as Playbook for NAFTA Renegotiation — Really
The Honorable Dr. Paula Stern, board director at the Atlantic Council and former chairwoman of the US International Trade Commission, explains how President-elect Donald Trump could save the concessions made by the 12 member countries in the TPP and incorporate them into an open version of NAFTA, giving countries the option to join. (The Hill)
A New Reality for US-China Trade?
In this episode of the Case in Point video podcast, Director of the Perry World House at the University of Pennsylvania William Burke-White and Bloomberg Law’s Jerome Ashton discuss President-Elect Trump, trade, and the future of the TPP. (Case in Point)
EU Takes on Trump in Final Push for Free-Trade Pact With Japan
The European Union will sound out Japan this week about the prospect of a breakthrough in their free-trade talks, seeking to counter US President-elect Donald Trump’s protectionist tilt and show that the bloc’s market-opening clout is alive and well. (Bloomberg)
Globalization
Economist Says Manufacturing Job Loss Driven By Technology, Not Globalization
NPR’s Scott Simon talks to economist Michael Hicks in this podcast about how most of the manufacturing jobs lost in this country are due to increased use of technology and not outsourcing to foreign countries. (NPR)
Business Leaders Urge G20 to Resist Protectionism
The B20, a group of business executives that act as the business outreach arm of the G20, has urged the Group of 20 leading economies to resist the temptation to take protectionist measures and to foster international economic cooperation. (Reuters)
The End of Globalism- Where China and the United States Go From Here
Eric X. Li, a venture capitalist and political scientist in Shanghai, explains how China and the United States can move forward in a world overcome with protectionist rhetoric. (Foreign Affairs)
Brexit and Trump Mean Globalization Is Changing, Not Ending
The author of The Great Brexit Swindle, TJ Coles, provides a different take on the anti-globalization support the United States and the European Union are seeing. Coles says “free trade isn’t over, it’s just its structure that’s changing.” (Newsweek)

Free Trade, Innovation, Technology and Jobs: A Conversation with Commerce Secretary Penny Pritzker – December 15 in Washington, hosted by CSIS – More Information
TTIP Sustainability Impact Assessment – Draft Final Report – December 15 in Brussels, hosted by the European Commission – More Information
A Fiscal Stance for the Euro Area? The Current Recommendation of the EC and the Reform of EMU in Light of the Five Presidents’ Report – December 15 in Brussels, hosted by Bruegel – More Information
Please send us suggested news stories, opinion pieces, publications, and upcoming events that you would like us to highlight!
Email [email protected] with your ideas and suggestions.
This website or its third-party tools use cookies, which are necessary for its functioning and required to achieve the purposes illustrated in the cookie policy.