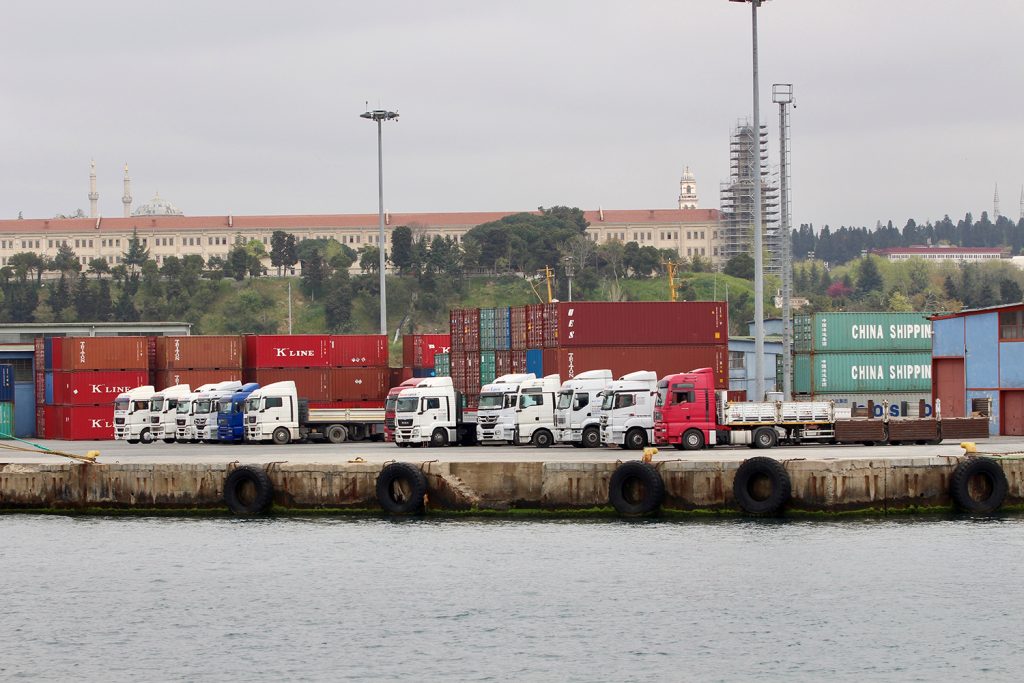 Editor’s note: We have updated this post to reflect that Necmettin Kaymaz is currently an international investment adviser in Washington, D.C. and the country adviser for the US for the Investment Office of the Presidency of the Republic of Turkey, which was not included in his original author bio. We regret the error.

COVID-19 has affected everything from economic activity to social life, and from international business to our daily habits. As one of its immediate impacts, the pandemic disrupted global supply chains and suppressed economic activities across the world, rekindling discussions about deglobalization. While these discussions do have some merits, declaring the end of globalization would be too naïve—there are still opportunities in competitive countries, like Turkey, for maintaining the globalized economy.

Today, international production is organized through cross-border investments and trade, creating strong global value chains (GVCs) that allow multinational companies to locate some of their manufacturing and service across various countries. While international trade is the main medium of GVCs participation, foreign direct investment (FDI) further facilitates cross-border trade and links local companies, especially small and medium-sized companies, to the global trade network through local sourcing. As such, around 70 percent of global trade passes through GVCs. Similarly, global FDI stock accounts for more than forty percent of the global economy as of 2019, up from 10 percent in 1990. With such a complex network, it would be difficult and unreasonable to reverse the globalization of trade and investments by designing protectionist policies and localizing of all stages of production.

The pandemic’s havoc has exposed some of the existing weak links in supply chains, especially dependency on a single location which continues to worry corporations. According to a recent expert survey by the Atlantic Council, companies “ranked location diversification of their supply chains as a top priority,” as they declared single point dependencies as one of their core vulnerabilities. In order to remedy such points of weakness, multinational companies have been looking to diversify their supply chains and relocate some of their overseas operations to new places, creating new investment prospects for countries promising economic opportunity.

While companies consider location heavily, they will also weigh supply chain security and sustainability in their search for alternative countries. Locations with certain capabilities will have an advantage in attracting new investments with strong and diversified manufacturing bases; state-of-the-art logistics infrastructure, optimal proximity to markets, qualified and cost-competitive labor forces, and liberal investment climate. Considering its competitive advantages, Turkey could be an alternative location, especially for the US companies planning to relocate and diversify their supply networks. In fact, some US companies have already recently shifted orders to Turkey. European Bank for Reconstruction and Development President Suma Chakrabarti recently echoed Turkey’s potential, arguing that “Turkey is one of the countries which stands to gain most from this new dynamic.”

Turkey’s advantages include a diverse and advanced manufacturing sector which has attracted around 40 billion dollars in FDI over the past fifteen years. Turkey’s manufacturing sector is driven in part by its productive labor pool of qualified engineers and competent senior managers with extensive international experience. The country also offers one of the most competitive labor costs in the region: manufacturing labor costs in Turkey correspond to 15 percent of the cost in the United States.

Turkey’s geostrategic location and trade agreement network—which includes a customs union with the European Union and free trade agreements with more than twenty countries—also present a unique opportunity for international companies to locate their manufacturing and management activities. Therefore, companies located in Turkey access a market of one billion potential consumers overall without any customs restrictions or tariffs. Turkey has capitalized on its position by investing in transport infrastructure, establishing efficient domestic and international transport networks. Over the past seventeen years, the number of airports has more than doubled, reaching fifty-six. Similarly, the length of dual carriageways has more than quadrupled to 16,841 miles, while the maritime container transport has increased to twelve million twenty-foot equivalent units (TEUs), up from two million TEUs.

Additionally, Turkey has made significant strides in improving and reducing restrictions in its investment climate through sweeping reforms that drastically reduced red-tape and streamlined administrative procedures. For example, the process of establishing a company used to take more than a month, now it takes a week. Similarly, Turkey removed all barriers to FDI by introducing, among other policies, equal treatment of foreign investors, providing them with international arbitration, and allowing 100 percent foreign ownership. These and many other reforms have been recognized by leading multinational organizations including the World Bank and the Organization for Economic Co-operation and Development (OECD), which ranks Turkey as one of the countries most open to FDI in the world, while Turkey’s ranking on the World Bank’s Ease of Doing Business Index over the past four years has improved from sixty-ninth to thirty-third place among 190 economies.

Many multinational companies are already using Turkey as a manufacturing, exports, research and development, and management hub for their business operations in the region. For example, US auto giant Ford has been producing motor vehicles in Turkey for decades, achieving manufacturing excellence in its facilities, and more importantly exporting around 80 percent of its production to more than ninety countries in five continents. Ford supplies its European commercial vehicle market through its subsidiary in Turkey Ford Otosan, which held more than a 70 percent share in Ford’s commercial vehicle sales in Europe in 2019. Ford Otosan is a quintessential investment that showcases how multinational companies utilize Turkey’s locational assets, human capital, and international trade networks to participate in GVCs.

Like every other country around the world, Turkey is facing the challenge of how to conduct business and operate supply chains in the COVID-19 era. The country has recently introduced “contactless trade” through special buffer zones and remote vehicles to facilitate international trade. Additionally, the government launched a special financial support package, the Stock Financing Support Package, to mitigate the negative impact of the pandemic on exporters.

Turkey’s positive attributes make it an attractive alternative for multinational companies looking to diversify their supply chains. Nonetheless, the competition is fierce, and countries should offer more than what is available. In this regard, the policymakers and practitioners are relentlessly working to close the gap with peer countries by designing smart incentives and investing in supplier development programs to ensure that international investors will be able to secure procurement of critical products in their supply chains.

Necmettin Kaymaz is an international investment adviser in Washington, D.C. and the country adviser for the US for the Investment Office of the Presidency of the Republic of Turkey. Follow him on Twitter: @nkaymazn