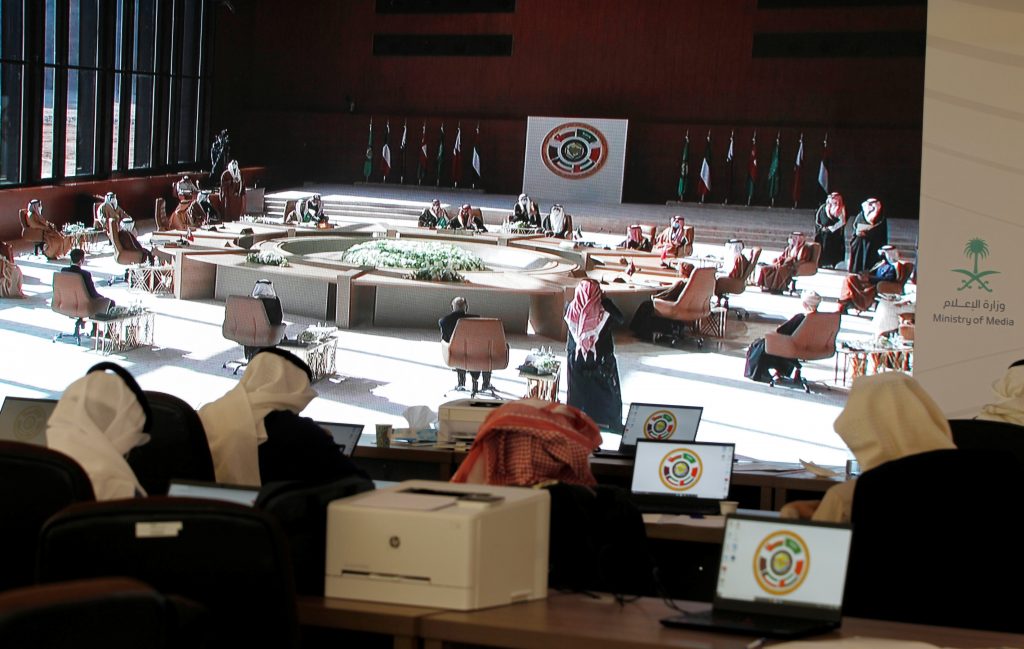 On the heels of the January 5 announcement by Saudi Arabia, Bahrain, the United Arab Emirates, and Egypt that they would lift their embargo on Qatar, Turkish President Recep Tayyip Erdoğan and Turkish Minister of Foreign Affairs Mevlüt Çavuşoğlu welcomed the end of the rift among the Gulf Cooperation Council (GCC) countries as a positive development. Although Saudi Arabia and its three allies had issued a thirteen-demand list in 2017 to end the crisis, with one demand being that Qatar cut military ties with Turkey, the rift instead brought relations between Turkey and Qatar to a new level. But now that the embargo is lifted, the question remains whether there will be an impact on bilateral relations between Ankara and Doha. A closer look at both bilateral and regional dynamics suggests there will be no dramatic changes in the short run.

Relations between Turkey and Qatar have improved significantly since the Turkish Justice and Development Party (AKP) took power in late 2002. During this time, the two countries have expanded their economic ties and developed their military and diplomatic relations. While the expanding economic ties between Turkey and Qatar feature a higher trade volume—which reached $1.4 billion by the end of 2018—they also include much more. Qatari investments have exponentially grown in Turkey, topping $22 billion in 2019. More than five hundred Turkish companies are active in Qatar working on infrastructure projects. Meanwhile, Qatar and China were the only two countries to establish currency swap lines with Turkey to help with its ailing economy. In May 2020, Qatar tripled its previously set agreement, raising it to fifteen billion dollars to support financial stability and trade. The following November, during the emir of Qatar’s visit to Turkey, the two countries signed ten new deals, which included economic agreements like Turkey selling Qatar 10 percent of shares in Borsa Istanbul, Turkey’s stock exchange.

The quickly developing military relations between the two countries are equally important. Over the past two decades, Ankara and Doha have penned several military-training and arms-sales agreements. But relations related to the military sphere intensified after 2014 with the establishment of the High Strategic Committee, which brings together Turkey and Qatar annually to sign agreements and deepen collaboration. In 2015, Turkey established a military base in Qatar. The two countries agreed to considerably expand the base, which is mostly symbolic, two years after the start of the Gulf rift. Qatar’s military-equipment procurement from Turkey increased significantly after the imposition of the embargo. In 2018, Erdoğan issued a presidential decree privatizing Turkey’s top main battle tank maintenance factory and transferring it to BMC, a joint Turkish-Qatari venture that manufactures military vehicles (Qatar owns 49.9 percent of BMC). Turkey and Qatar’s similar regional policies and positions inspire their strategic cooperation. The two countries supported the Muslim Brotherhood across the Middle East and North Africa region after the Arab Spring, adopted similar positions on the crises in Syria and Libya, and continue to make the Palestinian issue an essential element in their regional policies. Turkey and Qatar’s economic and military relationships are multifaceted, and it isn’t easy to foresee an overhaul in the relationship anytime soon.

Beyond the bilateral ties keeping Turkey and Qatar close, the regional and global dynamics behind the lifting of the Qatar embargo indicate that relations between Turkey and Qatar will not necessarily weaken. Some countries attempted to mediate a resolution to the crisis almost from the beginning of the embargo in 2017. The United States, whose largest military base in the Middle East is located in Qatar, and Kuwait, which was concerned about the crisis possibly weakening the GCC, have been leaders in trying to resolve the dispute. Although the Trump administration presented the lifting of the embargo as its final achievement in the region, it was US President Joe Biden’s imminent entry into office that pushed the agreement across the finish line. After all, the negotiations did not produce any apparent concessions and there were no references to the thirteen conditions Saudi Arabia and its allies demanded of Qatar at the start of the crisis. The end of the rift, therefore, resulted from something else: The expectation of Saudi Arabia and its allies that there would be a shift in US policy in the region, which would create a shift in the regional balance of power.

All this may signal that the reconciliation agreement was mainly a Saudi project—part of its global repositioning to gear up for a new administration in Washington. Biden’s promise to move quickly to return to the nuclear deal with Iran clearly led to concerns in Riyadh, which views Iran as its primary foe in regional politics, a challenger to Saudi Arabia’s regional aspirations, and a domestic security threat. From Riyadh’s perspective, the shift in US policy from the Trump administration’s maximum-pressure campaign to the Biden administration’s re-engagement of Iran could require mending fences among the so-called Sunni camp. Saudi Arabia may once again become keen on getting Turkey on board with this emerging regional constellation. Not only did the lifting of the embargo not require Qatar to cut military ties with Turkey, but Saudi Arabia may actually be interested in improving its relations with Turkey—with Qatar playing the role of mediator.

Therefore, both the multifaceted nature of Turkey and Qatar’s bilateral relations and the expected geopolitical shifts in the region indicate that the lifted embargo will not necessarily weaken bilateral ties between Turkey and Qatar. On the contrary, the reconciliation may lead to the normalization of relations between the GCC and Turkey, as well as Egypt and Turkey via Qatari mediation.

Yet exactly how regional relations will evolve is still uncertain. For one thing, the reconciliation of the rift is itself precarious, and it remains to be seen whether it will lead to full normalization among all the members of the GCC. Furthermore, Saudi Arabia’s partner countries also have their own agendas that may motivate them to work to disrupt the agreement. In particular the UAE, whose relationship with Saudi Arabia already includes some tension, can play a spoiler role in relations with Turkey as well by opening new fronts with Ankara as it has in the Eastern Mediterranean and the Horn of Africa. It’s also still unclear how US-Iran relations will evolve on the nuclear issue, given the complex domestic politics in both countries and the positions of the United States’ regional allies.

In the end, it is also unclear how and to what extent Turkey will adjust its foreign policy. Ankara will work to continue its friendly relations with Qatar and has sent what seem to be signals of its readiness to mend ties with Saudi Arabia. There has also been speculation about Turkey engaging in talks with Egypt and Israel. Recently, the foreign ministers of Turkey and Egypt exposed behind-the-scenes negotiations about normalizing relations, but it is still not clear whether this normalization will materialize.

For all the countries concerned, a real change would require transforming the underlying dynamics that have been at work in the region for so long: a zero-sum mentality, arms competition that makes every country feel insecure, and a perceived need to balance behavior that only further intensifies rivalries. Any external country that wants to promote stability and play a constructive role in the region should use its influence not to divide but to facilitate bargains among countries. Only then can the region tackle the huge problems it faces in a post-COVID world beset by mounting socioeconomic, political, and environmental crises. The window of opportunity for such bargains is narrow, and if the region misses this opportunity it may once again become an arena for great-power competition. In the effort to build a region that is more cooperative, the continuation of Turkey-Qatar relations in the context of improving intra-GCC ties would constitute a positive development, albeit a limited one.