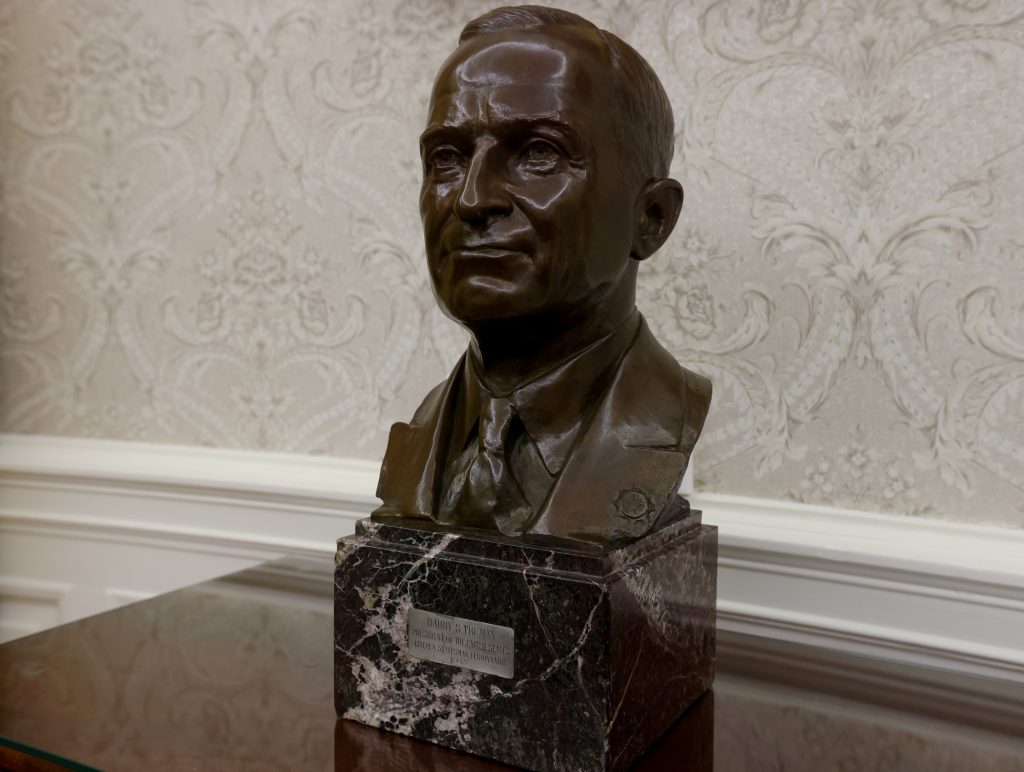 The long-running dispute between the United States’ NATO allies—Turkey and Greece—in the Eastern Mediterranean and Aegean heated up over the past year. A tussle over rights to drill for natural gas in contested waters sparked the latest round of tensions, but the core issues of sovereign rights and differing interpretations of international law run much deeper. As US President Joe Biden’s administration begins to implement its foreign policy, it would be worthwhile for it to draw lessons from the early proponents of US engagement in the region who highly valued the United States’ alliance with both Turkey and Greece. The United States should, in a neutral manner, mediate and manage tensions between the two countries.

Both Turkey and Greece, as well as the region, need US engagement. No other country or entity is in a position to mediate, support, or, if necessary, pressure the two sides to productively coexist. The European Union (EU), which has made efforts to assume greater responsibility for the Eastern Mediterranean region, will, as long as Greece and Cyprus are members and Turkey is not, never be seen by Ankara as impartial. While there is a wide spectrum of opinion within the bloc on how to approach Turkey on its relationship with Greece, from confrontational to conciliatory, the EU will always skew in Greece’s favor for the sake of member-state solidarity.

NATO has been an effective platform for facilitating negotiations between Turkey and Greece. Over the course of the past year, NATO Secretary General Jens Stoltenberg made a strong effort to de-escalate tensions between the two countries. However, NATO lacks the authority of a major power such as the United States.

On January 25, Turkey and Greece held high-level talks in Istanbul aimed at reducing tensions. The Biden administration should wholeheartedly support this effort by both countries to resolve their disagreements on the basis of international law. It must be noted that the implications of international law on the Turkish-Greek maritime boundary and the resolution of disputes is not clear-cut. Furthermore, Turkey and Greece’s shared and entangled history has created a unique geographic diffusion. Many Greek islands are visible from Turkey’s Anatolian mainland, hundreds of miles away from the Greek mainland, which complicates boundaries and introduces a host of new issues. Turkey holds, with good reason, that the multitude and complexity of issues at stake—from delimitation of continental shelves to access to airspace and demilitarization of islands in the Aegean Sea—cannot be solved piecemeal. On top of that, the dispute over the divided island of Cyprus looks no closer to being resolved.

US engagement with the region

US engagement in Southeastern Europe can be traced back to the post-World War II era as US policymakers sought to counter and contain Soviet geopolitical expansion. The Truman Doctrine, unveiled by then-US President Harry Truman in 1947, called for substantial military and economic support for Turkey and Greece. At the time, Greece was embroiled in an intense communist insurgency and at far greater risk of falling into the communist orbit. In Turkey, the United States saw an opportunity to secure a willing and strategically located partner by capitalizing on growing apprehension toward the Soviet Union as a result of the Turkish Straits crisis—a Cold War-era territorial conflict between Turkey and the Soviet Union. Turkey and Greece would both go on to receive aid under the Marshall Plan and eventually join NATO in 1952.

Truman’s foresight secured two important allies on the periphery of Europe for the Western alliance. Moreover, it cemented US influence in the region and formed the basis of US policy to balance the interests of its two important partners, erstwhile adversaries, and promote stability in the region. Turkey and Greece would not again face each other in war as they had on four occasions in the previous centuries.

However, since early in its history, the triangular US-Turkish-Greek relationship has been punctuated by crises. The dispute over the island of Cyprus precipitated a major falling out between Turkey and Greece, thrusting the United States into a mediating role that helped forestall an all-out war but had limited overall success. Later, then-US President Bill Clinton’s personal intervention in the Imia/Kardak crisis of 1996—a dispute over sovereignty of the uninhabited Aegean islets—proved critical in lowering tensions and staving off war between Turkey and Greece.

At present, the United States’ ability to mediate and manage tensions is threatened by the changing dynamics of the US-Turkey-Greece relationship. The United States’ slow disengagement from the region, which began during the Obama administration and continued through the Trump administration, has coincided with a worsening of US-Turkey relations. This deterioration in the bilateral relationship has been caused by a number of issues, the most challenging of which has been Turkey’s purchase of the Russian-made S-400 missile-defense system. In December 2020, then-US President Donald Trump’s administration imposed sanctions on Turkey under the Countering America’s Adversaries Through Sanctions Act (CAATSA) in response to its purchase of the missile-defense system. Turkey’s decision to purchase S-400s has also drawn criticism from US policymakers, particularly those in the US defense establishment, which had been among Turkey’s staunchest defenders in Washington.

Turkey, on the other hand, views US support for the Kurdish People’s Protection Units (YPG) militia as an existential threat and anathema to the spirit of its relationship with the United States. The YPG is acknowledged to be the Syrian affiliate of the Kurdistan Workers’ Party (PKK), which both Turkey and the United States have designated a terrorist organization.

At the same time, US-Greece bilateral relations have been flourishing with intense diplomatic efforts bolstered by traditionally strong lobbying by the diaspora community. This warming has led to reports and speculation that a new strategic alliance between Greece and the United States could serve as an alternative to Turkey and that the United States is considering Greek islands as an alternative to the Incirlik airbase in Turkey.

While a certain distancing between the United States and Turkey is understandable, abandoning Turkey for Greece (or, hypothetically, vice versa) would not contribute to stability and peace in the region, and it would gravely impact US interests.

Encouraging Greece to make concessions regarding its maximalist claims in its disputes with Turkey could arguably embolden nationalistic political forces in Greece, weaken the chances for success of talks between Greece and Turkey, and put the US-Greece relationship in jeopardy. But it is the responsibility of political leaders to communicate to and persuade their constituents of the virtues of striking a monumental agreement as opposed to being intransigent. Indeed, the world already witnessed an unfavorable outcome in 2004 when Greek Cypriots rejected the Annan Plan for the reunification of Cyprus, which the Turkish Cypriot community supported—the closest the two sides came to healing the divided island.

Hopefully, the United States can maintain its unique position as a neutral mediator while at the same time leveraging its relationship with Greece, currently at an all-time high, to encourage holistic dialogue with its other ally Turkey. Through such a proactive approach, the United States could help resolve one of NATO’s longstanding points of discord and reassert itself as a problem solver in the region.

Grady Wilson is an assistant director at the Atlantic Council IN TURKEY Program.

How will the future of US foreign policy and economic engagement affect Turkey?

We asked three experts to share their thoughts on which policy would best fit Turkey’s perspective and interests, how a Biden administration would affect US foreign policy towards the Middle East as well as in the Mediterranean, and whether the United States can play a mediating role between Turkey and Israel. Additionally, we asked our contributors their thoughts on the prospects of increased economic engagement between the United States and Turkey on trade and investment.

Image: A bust of former President Harry Truman sits in the Oval Office as decorated for newly-inaugurated President Joe Biden at the White House in Washington, U.S. January 21, 2021. REUTERS/Jonathan Ernst