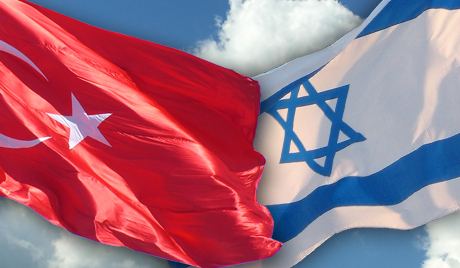 The relationship between Turkey and Israel has gone through several ups and downs since ties between the two nations were formalized in 1949. After a recent period of turbulence, Turkey is eager to normalize ties; Israel, however, is unlikely to rush into a relationship.

Turkey’s growing isolation in its neighborhood and strained ties with the United States are driving a bid by Ankara to normalize relations with countries in the region, including Israel. A combination of economic, energy, intelligence, and political interests may have also persuaded Ankara to rethink its policy on Israel. Specifically, Turkey is feeling pressure as a result of the normalization of relations between Israel and Arab states, and the reconciliation between its ally, Qatar, and members of the Gulf Cooperation Council (GCC) as well as Egypt. It is also concerned about the shift in regional alliances in the Eastern Mediterranean—Turkey, for example, was excluded from the East Mediterranean Gas Forum established in 2020.

The Turkish-Israeli relationship is especially sensitive to developments related to the Palestinian Territories. A political low point was reached on May 31, 2010, when Israeli commandos killed ten Turkish activists on board the Turkish-owned ship, Mavi Marmara, which was attempting to breach the blockade of the Gaza Strip imposed by Israel when Hamas seized control of the territory in 2007. Diplomatic relations between Israel and Turkey were downgraded; military and intelligence cooperation, as well as tourism, suffered severely. Despite this setback, the Turkish-Israeli trade relationship remarkably survived and even thrived. Turkey and Israel succeeded in decoupling economics and politics.

There are other examples of cooperation between Turkey and Israel. In November of 2012, responding to the civil war in Syria, Israel opened a land corridor to allow Turkey to ship goods from Iskenderun in Turkey to the Israeli city of Haifa and on to Jordan and Saudi Arabia. When three Israeli citizens were among those killed in a terrorist attack in Istanbul’s Taksim Square on March 19, 2016, Turkey offered all possible assistance to Israel and permitted two Israeli army planes to land at the civil airport in Istanbul.

In August 2016, six years after the Mavi Marmara incident, Israel and Turkey signed a deal to normalize diplomatic relations. The incentives that encouraged that short-lived reconciliation still exist. These include strong economic interests and an energy deal that will facilitate Israel’s natural-gas exports to Europe and bolster Turkey’s position as an energy hub in the region. Additionally, both countries want to alleviate the humanitarian conditions in Gaza.

However, the Palestinian factor can always disrupt bilateral relations as it did in 2018. That year, Turkey and Israel expelled each other’s ambassadors after the United States recognized Jerusalem as the capital of Israel and moved its embassy there from Tel Aviv and Palestinians were killed during the “Great March of Return” protests at the Gaza border.

Relations between Turkey and the United States, meanwhile, have been on a steady downward trajectory in recent years. US President Joe Biden has inherited a relationship that has been worn thin by continuous tension and deteriorating trust. Biden may take a hard line toward Turkey on many issues, including Turkey’s purchase of the Russian S-400 air defense missile system and democratic and human rights. Like the Obama administration, the Biden administration may also push Israel and Turkey to work together, especially in Syria.

Traditionally, Turkey has seen Israel as a way to get its voice heard in Washington. By allying itself with Israel, Ankara expected strong support from Washington. This changed in 2008 when an effort to secure a peace deal between Israel and Syria, which Turkish President Recep Tayyip Erdoğan was personally working on, failed after Israel launched Operation Cast Lead, a massive military assault on the Gaza Strip in December of that year. Ankara felt betrayed by Israel’s action, which has been the root cause of political crises between the two countries to this day.

Concurrently, Erdoğan’s adviser and later foreign minister, Ahmet Davutoğlu, shifted Turkey’s foreign-policy orientation. Turkey reached out to the Muslim world, presenting itself as the guardian of all the oppressed. The Palestinian issue became central to Davutoğlu’s doctrine, deeply affecting Turkish-Israeli relations. Among other things, Ankara decided that it no longer needed Israel to mediate its relations with the United States. Nevertheless, Erdoğan always meets members of Jewish American organizations on his visits to the United States.

Now, as the US-Turkish relationship has become strained, Ankara may have calculated that warming relations with Israel could help its relationship with Washington as it did in the 1990s, with the support of Jewish American groups.

Turkey puts out feelers to Israel

The possibility of a normalization of the Turkish-Israeli relationship has been debated since last May. This debate gained momentum when Erdoğan publicly stated in December that even though Turkey could not accept Israel’s policy toward the Palestinians, “our heart desires that we can move our relations with them to a better point.”

Erdoğan’s foreign-affairs adviser, Mesut Casin, noted in a similar vein: “If Israel comes one step, Turkey maybe can come two steps. If we see a green light, Turkey will open the embassy again and return our ambassador. Maybe in March we can restore full diplomatic relations again.”

In Turkey, the anti-Israel rhetoric spouted by the state’s elites, which feeds conspiracy theories and anti-Semitism, has also diminished significantly. Additionally, many news articles express the necessity of reconciliation. These are important signs that create a positive atmosphere, similar to the one that existed around the time of the 2016 normalization deal.

Israel has been cautious about normalizing ties with Turkey. It has not yet responded formally to Turkey’s overtures. It is reluctant to restart its relationship with Turkey until it is convinced that the Turkish side is sincere in its intentions.

Turkey was an indispensable economic, diplomatic, and security partner for Israel, even when it was unreliable and openly hostile. But the situation is different today. As Turkish-Israeli relations deteriorated, Israel has deepened its relations with many countries in the Eastern Mediterranean and the Arab Gulf.

In 2020, Israel experienced an unprecedented wave of normalization agreements with four Arab states: Bahrain, the United Arab Emirates, Sudan, and Morocco. These openings have increased the importance of Israel as a regional actor and helped it break out of its historic isolation in the region.

And while Turkey used to be an important market for Israel’s defense industry, it has been replaced by larger markets such as India. The monopoly of Turkish Airlines is also in jeopardy with the new opening between Israel and Saudi Arabia and other Arab states.

Turkey, for its part, has been an outspoken critic of Israel since the Gaza War in 2008. Turkish foreign policy experienced a profound transformation, expanding its interest toward the Middle East and renewing focus on the Palestinian cause. This led to the categorization of Israel as a threat and to the delegitimization of Israel in the press, social media, and the public speeches of the ruling elite. Ankara even criticized the normalization deals between Israel and the four Arab countries. Criticism of Israel helps attract support for Erdoğan’s ruling AKP. Despite the recent overtures from Turkish officials, Turkish public opinion remains critical of Israel.

In Israel, critics of Israeli Prime Minister Benjamin Netanyahu often bring up Erdoğan and Turkey during protests and in election campaigns. With new elections on the horizon in Israel, Netanyahu will likely be reluctant to engage with Ankara at this time.

Israel will also not want to harm its close relationships with Greece, Cyprus, the United Arab Emirates, or Egypt, all of which distrust Erdoğan’s regional ambitions. On the other hand, it will not shun an opportunity to mend relations with Turkey.

Three main issues are holding Israel back from normalizing relations with Turkey. First, Israel wants Turkey to end its support for Hamas. Israel claims that Ankara has granted the militant group’s leaders citizenship and allows them to use Turkey as their base to direct and finance terrorist attacks and cyberattacks against Israel. A Turkish official recently denied such claims, saying there is no Hamas secret cell in Turkey and adding that the only Hamas leaders in Turkey are the ones sent by Israel as part of the 2011 prisoner exchange that led to the release of Gilad Shalit, an Israeli soldier captured and held hostage by Hamas since 2006.

Second, Israel is worried about Turkey’s growing interest in Jerusalem. It is believed that Erdoğan wants to boost his quest for leadership of the Muslim world by claiming the custodianship of Jerusalem’s Haram al-Sharif (Temple Mount) that currently rests in Jordanian custody.

Third, Israel believes Turkey has moved away from being a predictable, reliable actor with its complex relations with the West and Russia as well as the rise of authoritarianism domestically. Last year, the Israeli Defense Forces (IDF) for the first time described Turkey as a challenge for Israel.

Politically, diplomatically, and security-wise, Turkey and Israel have drifted apart. Their division on the Palestinian issue is the most precarious. Erdoğan has many times described Jerusalem and the Palestinian issue as red lines for Turkey. Turkish-Israeli ties have also faced other challenges, including Israel’s vocal support for Kurdish independence in northern Iraq, which sharpened tensions between the two countries.

While the Israeli-Turkish bilateral relationship suffered considerably over the past decade, the two countries continue to share common interests. Opportunities for cooperation are still available in their volatile neighborhood. Seizing these opportunities will initially require restoring trust and building a positive agenda aimed at mending bilateral ties. Restarting a dialogue that seeks areas of cooperation—such as technology, agriculture, and climate change—would be a first step. Cultural exchanges and friendly sports tournaments could help change public opinion in both countries. Civil-society engagement could also help strengthen bilateral ties. Most of all, however, political will is needed in both countries.

Karel Valansi is a political columnist for T24 and Salom focused on the Middle East. She is a lecturer at Istanbul Kültür University, Ph.D. candidate at Kadir Has University, and the author of The Crescent Moon and the Magen David, Turkish-Israeli Relations Through the Lens of the Turkish Public. Follow her on Twitter @karelvalansi. Visit her website at www.karelvalansi.com.

How will the future of US foreign policy and economic engagement affect Turkey?

We asked three experts to share their thoughts on which policy would best fit Turkey’s perspective and interests, how a Biden administration would affect US foreign policy towards the Middle East as well as in the Mediterranean, and whether the United States can play a mediating role between Turkey and Israel. Additionally, we asked our contributors their thoughts on the prospects of increased economic engagement between the United States and Turkey on trade and investment.