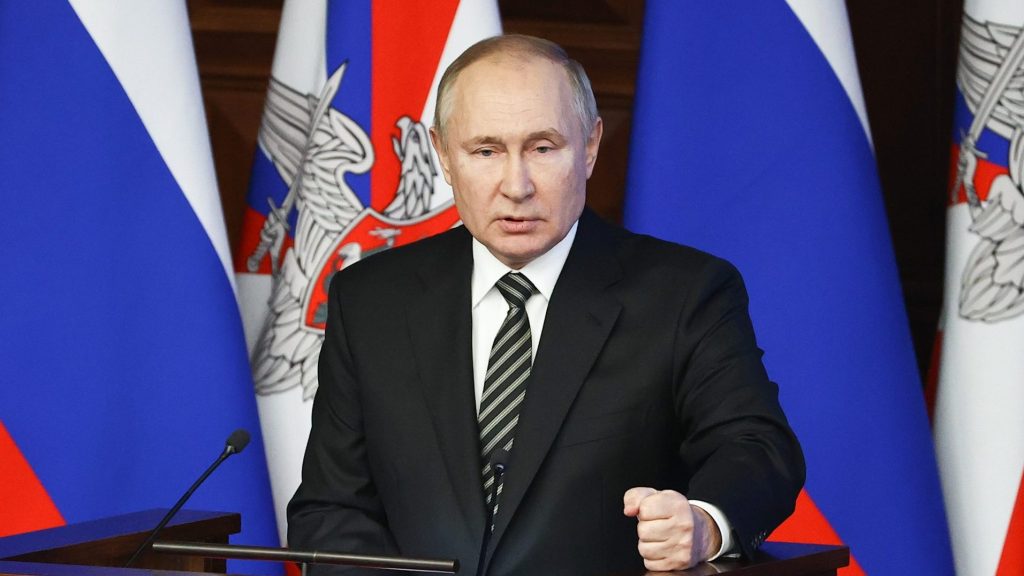 Russian President Vladimir Putin has succeeded in attracting the world’s attention by concentrating a vast invasion force along his country’s border with Ukraine and issuing a series of ultimatums to Western leaders. For now, discussion is firmly focused on Putin’s possible plans and the international community’s ability to deter him. Is the Russian ruler really prepared to unleash a major war in the heart of Europe?

With most analysts debating potential invasion plans and possible military objectives, the likely reaction inside Russia itself has been largely overlooked. How would the Russian public respond to a major escalation in the country’s eight-year undeclared war with Ukraine? This will likely play an important role in determining Putin’s next steps, and there is good reason to believe that a full-scale invasion of Ukraine would be prove highly unpopular with domestic Russian audiences.

Some Western analysts have pointed to the unprecedented surge in popularity Putin enjoyed following the 2014 seizure of Crimea and suggested that a new offensive could have a similarly rejuvenating effect on his sagging ratings. However, when it comes to Russian attitudes towards foreign military adventures, Crimea may be the exception rather than the rule.

Putin’s occupation of Crimea has always been popular among Russians, who typically view it as a brilliantly executed operation and an act of historical justice. For the past eight years, public support for the Crimean takeover has hovered between 84% and 86% and has included many members of Russia’s liberal opposition. Even imprisoned opposition figurehead Alexei Navalny famously admitted that he would not return Crimea to Ukraine if elected.

The same is not true of Russian attitudes towards the Donbas region in eastern Ukraine, much of which is also currently occupied by the Kremlin. According to an April 2021 survey conducted by Russia’s last remaining independent pollster, the Levada Center, only 25% of Russians support the incorporation of eastern Ukraine’s Kremlin-controlled “people’s republics” into the Russian Federation. Meanwhile, 26% believe the so-called republics should remain within Ukraine with enhanced autonomy or the same status they had prior to 2014.

These numbers should set off alarm bells in the Kremlin. It is very unlikely that attempts to officially annex the Donbas would spark the kind of nationalistic euphoria associated with Crimea. On the contrary, many would question why Russians should pay a high price in terms of both blood and money for a region that occupies a far humbler position in the Russian national psyche that the highly romanticized Crimean peninsula.

Likewise, efforts to expand the occupation of Ukraine and seize more land would also struggle to capture the imagination of the Russian public, especially if the advance was accompanied by a steady flow of Russian casualties.

A full-scale invasion would expose the painful truth behind many of Russia’s most popular propaganda narratives about Ukraine and fuel considerable public anger towards the Putin regime.

Since the outbreak of hostilities in 2014, Moscow has consistently depicted Ukraine as a brotherly nation that has fallen under the control of extremist elements and foreign powers. This narrative has been promoted in recent months by Putin himself and his former political sidekick Dmitry Medvedev, who have both penned long articles explaining why Ukraine has gone astray and needs to be saved from itself.

According to the comforting myths promoted by the Kremlin, most Ukrainians are eager to join the “Russian World” and are only prevented from doing so by the nationalist fanatics and Western agents who have seized power.

In reality, of course, nothing could be further from the truth. A clear majority of Ukrainians back the country’s European choice and support further Euro-Atlantic integration. This has been demonstrated at the ballot box in numerous elections since 2014 and is regularly confirmed in opinion polls that indicate overwhelming levels of support for EU and NATO membership. Meanwhile, Ukraine’s formerly powerful pro-Russian politicians have seen support plummet in recent years and can no longer win national elections.

The Russian establishment appears not to have learned the lessons of 2014, when Moscow’s attempts to spark pro-Russian uprisings throughout southern and eastern Ukraine were largely thwarted by unexpectedly high levels of opposition from local populations of Russian-speaking Ukrainian patriots. As a result, many people close to the Kremlin appear to genuinely believe that Russian troops could expect a warm welcome in parts of Ukraine.

Putin loyalist oligarch Konstantin Malofeyev recently demonstrated the misplaced confidence that many in Moscow seem to share. “The war won’t last a week. It’ll be over in a matter of days,” he commented. “The whole [Ukrainian] regime will wind up in London and go around telling everyone that they would have ridden their tanks into Moscow if the West hadn’t given up on them.”

Such thinking is delusional. While experts recognize that the Ukrainian armed forces would be heavily outgunned by the Russian military, most also agree that Ukraine would be able to impose heavy costs on any Russian invasion force.

Far from welcoming Russian troops, a recent poll indicates that millions of Ukrainians are prepared to offer armed resistance. This is very much in line with the experience in 2014, when thousands joined improvised volunteer battalions in order to support the country’s threadbare military and stem the tide of the Russian advance.

Reports of Ukrainians waging a partisan war against Russian occupiers would have a profound impact on domestic audiences in Russia who have been raised to revere the Soviet partisan struggle against Nazi forces during WWII. It would be difficult for Russians to reconcile an open and bloody war with the still widely believed myth that they and Ukrainians are “brotherly nations” or, in Putin’s words, “one people.” As the Russian death toll rose, public dismay could quickly turn into open opposition to the Putin regime.

For many Russians, the shock of a full-scale invasion would be all the greater because they have largely bought into the Kremlin’s denials regarding the undeclared war waged by Moscow against Ukraine since 2014.

Throughout the past eight years, Russia has consistently refuted any involvement in the fighting in eastern Ukraine, and has instead sought to portray the conflict as an internal affair. This has failed to convince the EU, US, UK, and others, who have imposed sanctions on Russia. Ukrainians have been equally unimpressed by Russia’s protestations of innocence, with more than 70% of Ukrainians regarding the simmering conflict as an act of Russian aggression.

Russian audiences have been more willing to accept the official Kremlin version of events. Despite years of relentless anti-Ukrainian propaganda on Russian state television and mountains of evidence pointing to Moscow’s involvement, many Russians still struggle to accept that the two countries are engaged in hostilities.

Leading Russian sociologist Olga Kryshtanovskaya captured the prevailing mood of denial with her comments in a November 2021 article exploring the chances of a new offensive. “We are sick and tired of all these political tensions,” she stated. “We don’t trust our own politicians, and we certainly don’t want a war that arises out of all the lies being told on both sides. I don’t want to believe in a war. It would be incredibly unpopular with the Russian people.”

With little sign of popular support for war and blanket Kremlin disinformation still distorting the true state of Russian-Ukrainian relations, it is not hard to imagine how a new invasion of Ukraine could send shock waves through Russian society. This would undermine Russia’s domestic stability and may even pose a threat to Putin’s own political future. British expert on Russian security Mark Galeotti believes the Kremlin is well aware of these dangers and has recently warned that “a vicious war in Ukraine could shatter the unity and legitimacy of the Russian regime.”

It is widely acknowledged that Putin is emotionally invested in the Ukrainian issue. He is obsessed with returning the country to the Kremlin sphere of influence and believes that failure to do so will shatter his claims to historical greatness. Nevertheless, if Putin attempts to crush Ukraine with overwhelming military force, he could end up losing the country forever while also sparking anti-government unrest inside Russia with the potential to threaten the survival of his entire regime. For a man who has already lived through the collapse of one empire, this might be a risk he is not prepared to take.

Taras Kuzio is a Research Fellow at the Henry Jackson Society think tank in London and a professor of political science at the National University of Kyiv Mohyla Academy. His book Russian Nationalism and the Russian-Ukrainian War is published next month by Routledge.