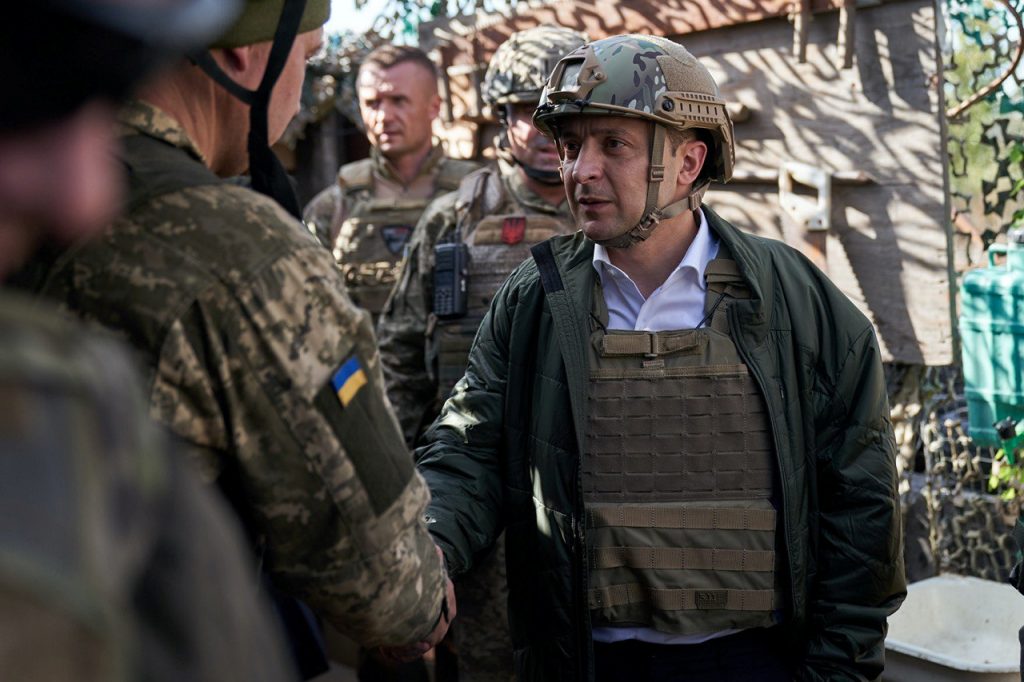 Volodymyr Zelenskyy was elected president six months ago. Although he took office a month after a resounding victory in the second round, given that the next presidential election should be held on March 31, 2024, the president has already served 10 percent of his term.

It’s time to draw preliminary conclusions about the course taken by the new government.

The Spanish writer Jose Ortega y Gassete was not writing about Ukraine in 1929, but he could have been. He observed that while the masses control the government and have wiped out the opposition, they have no plan.

He writes: “And yet public authority—the government—exists from hand to mouth, it does not offer itself as a frank solution for the future, it represents no dear announcement of the future, it does not stand out as the beginning of something whose development or evolution is conceivable. In short, it lives without any vital program, any plan of existence. It does not know where it is going, because, strictly speaking, it has no fixed road, no predetermined trajectory before it.”

Jose Ortega y Gassete’s passage in The Revolt of the Masses is surprisingly precise in capturing Ukraine now. Zelenskyy’s press marathon illustrates this lack of vision. What great ideas of the president did we learn from it? What vision of the world and Ukraine today and tomorrow has he shared?

We found out that he is not allowed to eat bread but sometimes he eats buckwheat. We also learned that he confuses the price of cheese with the population of Lviv. And just how much he dislikes his predecessor. All in all, he acted like an absolutely normal person. But what is Zelenskyy’s program? From the fourteen-hour interview at the swanky City Food Market, we heard almost nothing about it.

We learned that he wants to stop the war which is surely a very good goal. But to stop something, one needs to understand the reasons behind it. And here is the problem, because it seems the reason for the war between Russia and Ukraine, according to Zelenskyy, is Putin’s dislike for former president Petro Poroshenko. Hence, such a frantic desire to meet with Putin, as if Putin still does not know that Zelenskyy will represent Ukraine at this meeting instead of Poroshenko. Does he really think that his mere presence will change Russia’s behavior?

In general, it seems that Zelenskyy believes all complex issues have simple solutions. He confidently slides on the surface of the frozen lake without thinking of the thickness of the ice beneath.

There was no presidential manifesto; it was replaced by a set of sketches written by the “95th Kvartal” showmakers. There is no coalition agreement in parliament because there is no coalition. The government’s program is an essay written by a high schooler on the topic “Ukraine of my dreams.”

Ukraine’s course is unclear to everyone, including the one at the helm. It seems that our captain thinks that the ship can go somewhere just by moving away from visible storms and conducting sociology among the sailors. Even if one does not oblige him to use modern navigation equipment (which is a clear list of tasks with ways to achieve them) or a medieval compass (such as general goal-setting), then at least, like an ancient skipper, he could focus on stars (values). But for now he believes in only one star—himself.

Zelenskyy always emphasizes that he is part of the masses and will fulfill the wishes of the people. However, history convincingly shows us that real progress was brought not by those who were led by the people’s will but by those who led the people.