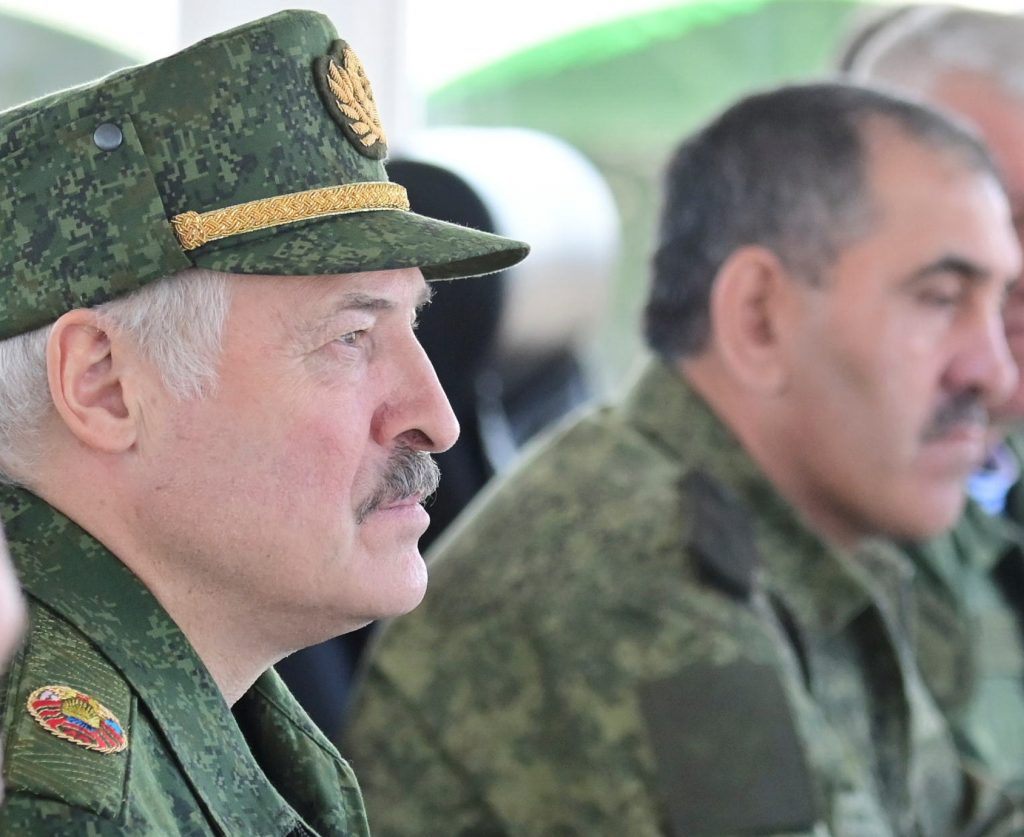 Speaking on September 12 during joint Belarusian-Russian military exercises, Lukashenka said the S-400 systems were part of an anticipated USD 1 billion arms package agreed during his most recent summit with Russian President Vladimir Putin. The two post-Soviet leaders met on September 9 in Moscow for talks on deepening integration between Russia and Belarus, with almost half of the eight-hour negotiations reportedly dedicated to defense and security issues.

It would appear that a significant portion of these security discussions focused on Ukraine. “We should get ready,” Lukashenka commented on Sunday. “Our border with Ukraine is 1,200 kilometers. And we discussed [with Putin] that we could use the S-400s.”

The militarization of the Belarusian border with Ukraine will be seen as an ominous step by many in Kyiv, where there is already considerable concern over the expanding Russian military presence in Belarus and Lukashenka’s increasingly open dependence on the Kremlin. With the undeclared Russo-Ukrainian War now in its eighth year and little sign of a progress towards a viable peace settlement, the prospect of an extensive new front line to the north of Ukraine represents a major headache for the country’s military planners.

Russia and Belarus have held a record number of joint exercises so far in 2021, effectively creating a permanent Russian military presence in the country. Meanwhile, a new joint training base has recently been established in western Belarus, further increasing Russia’s military footprint. Lukashenka also appears poised to drop his earlier objections to a Russian Air Force base on Belarusian territory.

In tandem with the Russian militarization of Belarus, the Kremlin is also strengthening its control over Belarusian economic and foreign policy. A 28-point road map outlined last week in Moscow would bind the countries far closer together while severely limiting Minsk’s ability to pursue policies independent of Russia. Many commentators now believe Putin is close to achieving the stealth takeover of Belarus without a single shot being fired.

Lukashenka’s apparent readiness to sacrifice Belarusian sovereignty in exchange for his own political survival is a recent phenomenon that reflects his mounting international isolation over the past thirteen months. Prior to August 2020, the Belarus dictator had spend much of his 26-year reign playing Russia and the West off against each other in a diplomatic balancing act that had won him a degree of grudging respect.

When the Russian attack on Ukraine began in 2014, Lukashenka initially made great efforts to underline his neutrality. He refused to recognize Russian claims to Crimea, pointedly declared that he would not permit any attacks on Ukraine from Belarusian territory, and even ridiculed the historical arguments put forward by the Kremlin to justify the invasion of Ukraine, arguing that Mongolia could just as easily lay claim to large swathes of Russia itself.

This stance paid off, boosting Lukashenka’s international standing and enabling him to serve as host of international peace talks in Minsk aimed at defusing the conflict. Belarus also benefited in other ways from the conflict, with Minsk becoming a hub for Ukraine-Russia air traffic following the 2015 banning of all direct flights between the two warring countries.

Lukashenka’s great balancing act finally came crashing down in August 2020, when his brutal response to nationwide protests over a rigged presidential election made him an international pariah. As mass anti-regime demonstrations erupted across Belarus in the aftermath of the flawed August 9 vote, Lukashenka appeared to be in immediate danger of losing power. However, Putin intervened to prop up Lukashenka, providing his fellow dictator with a financial lifeline, planeloads of Kremlin propagandists, and a public promise of Russian security forces if things got “out of control.”

From this point onward, Lukashenka’s dependence on the Kremlin steadily deepened as he launched a prolonged crackdown on domestic opposition and engaged in an increasingly acrimonious confrontation with the West. Notable landmarks have included the May 2021 incident which saw a commercial EU airliner forced down while passing through Belarusian airspace and the subsequent abduction of a dissident Belarusian journalist from among the passengers.

Lukashenka has raised the stakes even further in recent months. He currently stands accused of manufacturing an EU border crisis by importing migrants into Belarus from across the Middle East and channeling them to the country’s frontiers with neighboring Poland, Latvia, and Lithuania.

As his weakening domestic position has forced Lukashenka to side decisively with Russia, Ukraine has broadly aligned itself with the Belarus dictator’s Western detractors. Faced with a choice between foreign policy pragmatism and values, Ukraine has chosen the latter. Over the past year, Ukrainian President Volodymyr Zelenskyy has become increasingly vocal in his criticism of Lukashenka’s domestic crackdown, while Kyiv joined the West in imposing flight restrictions following the May 2021 air piracy incident.

Lukashenka has hit back by accusing Ukraine of involvement in all manner of far-fetched foreign plots to destabilize Belarus. While most of the Minsk strongman’s ire has been reserved for his country’s NATO member neighbors, he has also frequently included Ukraine among the list of nations supposedly working surreptitiously to bring him down.

At times, these allegations have been both highly specific and potentially explosive. In August 2021, President Zelenskyy felt obliged to directly deny Lukashenka’s unsubstantiated accusation that militants were receiving training in Ukraine before being sent into Belarus to fuel unrest. To Ukrainian audiences, such lurid claims are no laughing matter as they inevitably recall the disinformation deployed by the Kremlin to help justify the 2014 seizure of Crimea and military intervention in eastern Ukraine.

Lukashenka’s recent announcement regarding the deployment of Russian anti-aircraft missile systems to the Ukrainian border is the latest indication of deteriorating bilateral ties. It also suggests that Belarus is fast becoming a new front in Putin’s ongoing campaign to undermine Ukrainian statehood and force the country back into the Russian sphere of influence.

The Ukrainian authorities must now urgently attempt to sound the alarm over the worsening security situation on the country’s northern border. The international community has yet to grasp the full implications of Putin’s Belarus takeover, which has remained largely off the geopolitical radar and is now at an advanced stage. This needs to change. Russia’s expanding military presence in Belarus will have major security ramifications throughout the region, but the country most directly at risk is Ukraine.

The democratic world cannot afford to be taken by surprise again. Instead, Western leaders should seek to adopt a range of precautionary measures without delay that will boost Ukraine’s military capacity while deterring Putin and Lukashenka from any dangerous gambles.

Lisa Yasko is a Ukrainian MP from the Servant of the People party.