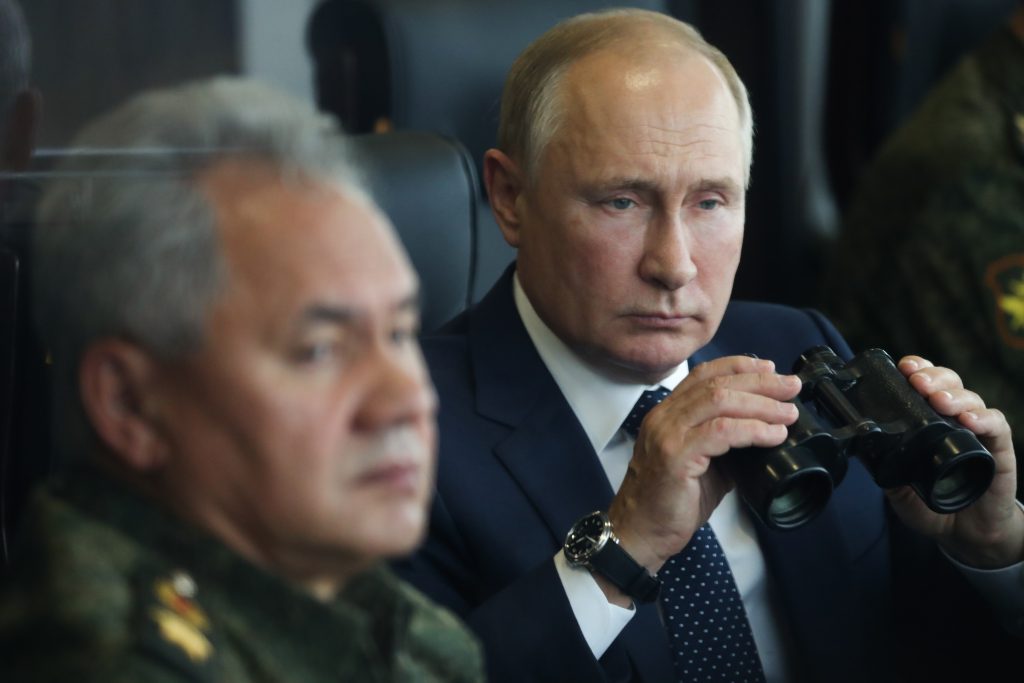 Wallace’s new article could hardly be more well-timed. In recent months, Putin has engineered a major international crisis by massing a potential invasion force on the Ukrainian border while insisting on a dramatic reduction in NATO’s regional presence. If the West refuses to meet his demands, the Russian leader has warned of an unspecified “military-technical” response.

In his essay, the UK defense minister is dismissive of Putin’s “bogus” attempts to portray NATO as a security threat to Russia. He points out that far from seeking to encircle Russia, the alliance’s post-1991 enlargement has reflected “the natural response” of new member states in Central and Eastern Europe to Moscow’s own “malign activities and threats.”

Wallace argues that in reality, Russia’s current saber-rattling reflects Putin’s warped interpretation of history and his “unfinished ambitions for Ukraine.” This conclusion is based on perhaps the most authoritative of all possible sources: Vladimir Putin’s own words.

Much of the British minister’s article is dedicated to a detailed analysis of Putin’s landmark July 2021 essay entitled “On the Historical Unity of Russians and Ukrainians.”

While this remarkable treatise has been widely acknowledged as evidence of the Russian leader’s ongoing obsession with Ukraine, Wallace may be the first senior Western official to fully grasp its chilling implications. “We should all worry,” he writes, “because what flows from the pen of President Putin himself is a seven-thousand-word essay that puts ethno-nationalism at the heart of his ambitions. It provides the skewed and selective reasoning to justify, at best, the subjugation of Ukraine, and at worst the forced unification of that sovereign country.”

Wallace spends several paragraphs dissecting and debunking Putin’s efforts to distort Eastern European history in order to legitimize his imperial aggression against Ukraine. The senior British official emphatically rejects the Kremlin ruler’s assertion that Russians and Ukrainians are “one people,” noting that “Ukraine has been separate from Russia for far longer in its history than it was ever united.”

A former Captain in the famous Scots Guards regiment of the British Army, Wallace fully appreciates the deadly power of words deployed as weapons of war. He accuses Putin of “completely ignoring the wishes of the citizens of Ukraine, while evoking that same type of ethno-nationalism which played out across Europe for centuries and still has the potential to awaken the same destructive forces of ancient hatred.”

“If one cold January or February night Russian forces once more cross into sovereign Ukraine, ignore the “straw man” narratives and “false flag” stories of NATO aggression and remember the President of Russia’s own words in that essay from last summer,” concludes Wallace. “Remember it and ask yourself what it means, not just for Ukraine, but for all of us in Europe.”

The UK defense minister’s perceptive article is not his only meaningful contribution to Ukraine’s defense. On January 17, he also announced plans to supply Ukraine with much-needed anti-tank weapons.

Addressing the House of Commons in Westminster, Wallace confirmed that the decision had been taken “in light of increasingly threatening behavior from Russia” and warned that the Kremlin could expect to pay a high price for any fresh offensives. “I have visited Ukraine five times since 2016, and I know that the Ukrainians are a proud people who will stand and fight for their country, for democracy and for freedom,” he commented. “Any invasion will not be viewed as a “liberation” but as an occupation, and I fear that it could lead to huge loss of life on all sides.”

Britain’s readiness to arm Ukraine contrasts sharply with Germany’s unwillingness to provide Kyiv with weapons despite a recent change of government in Berlin. Speaking on January 17 during a first visit to Ukraine since her December 2021 appointment as Germany’s new foreign minister, Annalena Baerbock reiterated her country’s refusal to supply arms to Ukraine, citing an “historical responsibility” not to deliver any weapons to crisis zones. Many Ukrainians were unimpressed by this argument and questioned why Germany’s sense of “historical responsibility” did not extend to the approximately eight million Ukrainians killed during WWII.

While the sense of frustration in Ukraine is tangible over the international community’s continued reluctance to confront the Kremlin, Ben Wallace’s recent words and deeds have been widely welcomed. Britain’s defense minister clearly recognizes the imperial instincts fueling the current crisis and understands the importance of standing up to Vladimir Putin before it is too late. Many in Kyiv will now be hoping for similar clarity from other Western leaders.