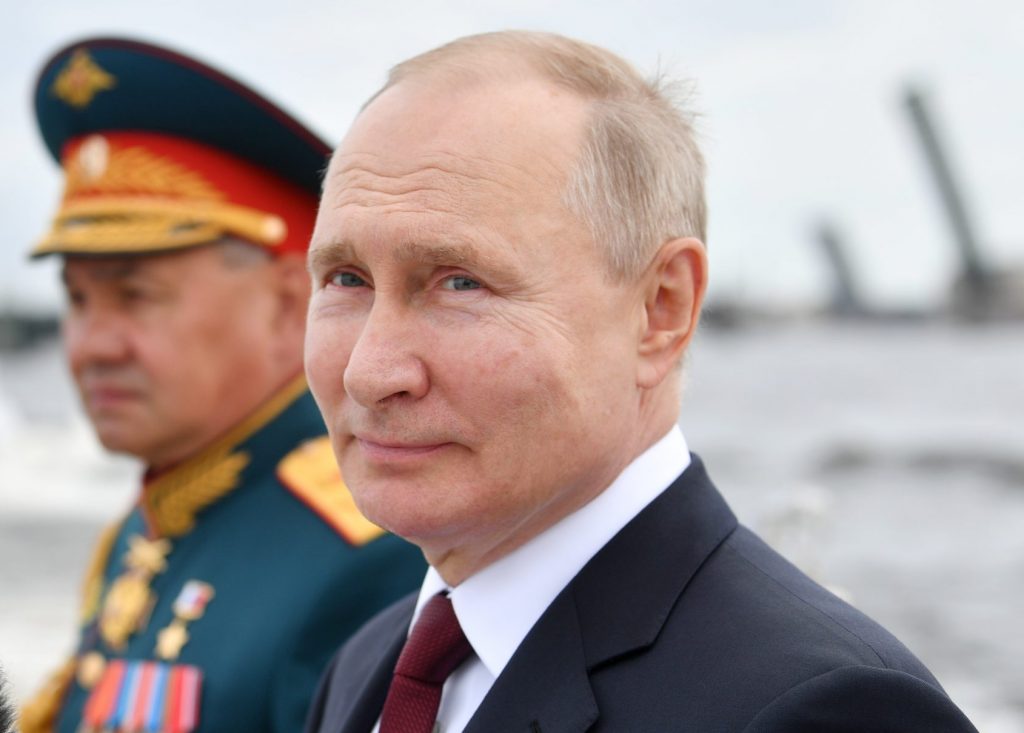 Russian President Vladimir Putin is often portrayed in the international media as a master manipulator whose KGB training allows him to routinely outmaneuver opponents and remain three steps ahead of the competition. The reality may be somewhat more prosaic. While Putin clearly punches above his weight on the international stage, much of his success in reviving Russia’s status over the past two decades has been due to a far more down-to-earth combination of bribery, opportunism, and old-fashioned aggression.

The most obvious example of Putin’s limitations as a strategic thinker has been his disastrous handling of Ukraine. When he first took power at the turn of the millennium, Russia and Ukraine were so deeply intertwined that the boundaries between the two countries often appeared blurred.

Two decades later, Russia and Ukraine are now locked in the eighth year of an undeclared war instigated personally by Putin that has shattered bilateral ties and led to an historically unprecedented collapse in Russian influence. This is not the work of a geopolitical mastermind.

Putin remains firmly in denial over the damage he has done to bilateral relations with Ukraine and stubbornly refuses to change course. Indeed, his apparent obsession with Ukraine has only intensified since the outbreak of hostilities in 2014. The latest symptom of this fixation was a remarkable 5,000-word essay published by Putin in July 2021 that laid bare his unapologetically imperialistic interpretation of the relationship between Russia and Ukraine.

Entitled “On The Historical Unity of Russians and Ukrainians,” Putin’s article set out to prove his central thesis that Russians and Ukrainians are really “one people” whose current separation is an act of historical injustice that is both artificial and temporary in nature. There is one big problem with this argument: an overwhelming majority of Ukrainians disagree.

Since its publication on July 12, Putin’s article has provoked a lively and predictably hostile reaction in Ukraine. Speaking at a July 28 event to mark the anniversary of ancient Ukraine’s conversion to Christianity, Ukrainian President Volodymyr Zelenskyy took a thinly veiled swipe at Putin’s attempt to take on the role of amateur historian. “Kyivan Rus is the mother of our history,” Zelenskyy noted. “Twenty-four regions of Ukraine and the Crimean peninsula are her children and rightfully her heirs. Cousins and very distant relatives should not encroach on her legacy. They should not try to prove their involvement in history that took place thousands of kilometers away.”

A recently published poll offers insights into broader Ukrainian attitudes towards Putin’s essay and indicates that public opinion is very much in line with the dismissive stance adopted by Zelenskyy. Conducted by the internationally respected Razumkov Centre in late July and early August, the survey found that most Ukrainians rejected the notion of Russians and Ukrainians as “one people.” Just 12.5% of respondents backed Putin’s claim that there is no historical basis for a separate Ukrainian nation, while 70.4% disagreed.

Crucially, convincing levels of rejection were evident across every region of Ukraine and in all age groups. While the highest percentages were registered in western Ukraine, respondents in the traditionally more Russophile east of the country also rejected Putin’s assertions by a resounding margin of 52.4% to 21.8%. Even survey participants who identified as supporters of the openly pro-Kremlin Opposition Platform-For Life political party objected to Putin’s “one people” theory, with 40.3% opposed and only 32.9% in favor.

Responses to a second question regarding the legitimacy of Russian claims to Ukrainian lands were similarly damning. In his essay, Putin argued that today’s Ukraine was to a large extent created at the expense of “historical Russian lands” gifted to Ukrainians during the Soviet era. “One fact is crystal clear,” he wrote, “Russia was robbed.” Ukrainians rejected this claim even more emphatically than the “one people” idea, with 75.7% disagreeing and a mere 7.4% of respondents backing Putin.

The results of the recent Razumkov Centre poll create the inescapable impression of a country broadly united in its rejection of Vladimir Putin’s “one people” doctrine. This tallies with a range of other available data including the results of successive Ukrainian elections since 2014, which have seen support for the country’s pro-Russian parties plummet to record lows as Ukrainian voters have turned towards political forces that offer the prospect of national unity and Euro-Atlantic integration.

The Ukrainian response to Putin could hardly be clearer, but he does not appear to be listening. On the contrary, the Russian leader has continued to defend his tone deaf essay, despite the fact that many have interpreted it as a declaration of war against Ukrainian statehood.

Ominously, in the days following publication, Putin’s lengthy treatise was added to the Russian military’s list of compulsory texts and is now required reading for all Russian soldiers. Are they being indoctrinated ahead of a coming offensive? That remains to be seen, but there can be no question that the arguments promoted in Putin’s article are chillingly reminiscent of the justification for a major war.

With Putin refusing to face reality over the loss of Ukraine and actively preparing the ground for a possible future escalation, it is vital that the international community now unites firmly behind Ukraine. Many in Moscow were encouraged by the recent US decision to relax its opposition to Russia’s Nord Stream 2 pipeline, which is widely seen as a geopolitical weapon aimed primarily at Ukraine. Western leaders cannot afford such mixed messaging on Ukraine if they wish to prevent further Russian aggression.

The coming days will be crucial. German Chancellor Angela Merkel is expected in Kyiv on August 22, while US President Joe Biden will host Zelenskyy at the White House one week later. They must use this opportunity to inform Putin in no uncertain terms that they do not view Ukrainians and Russians as “one people” and utterly reject Russia’s imperial claims to Ukraine.