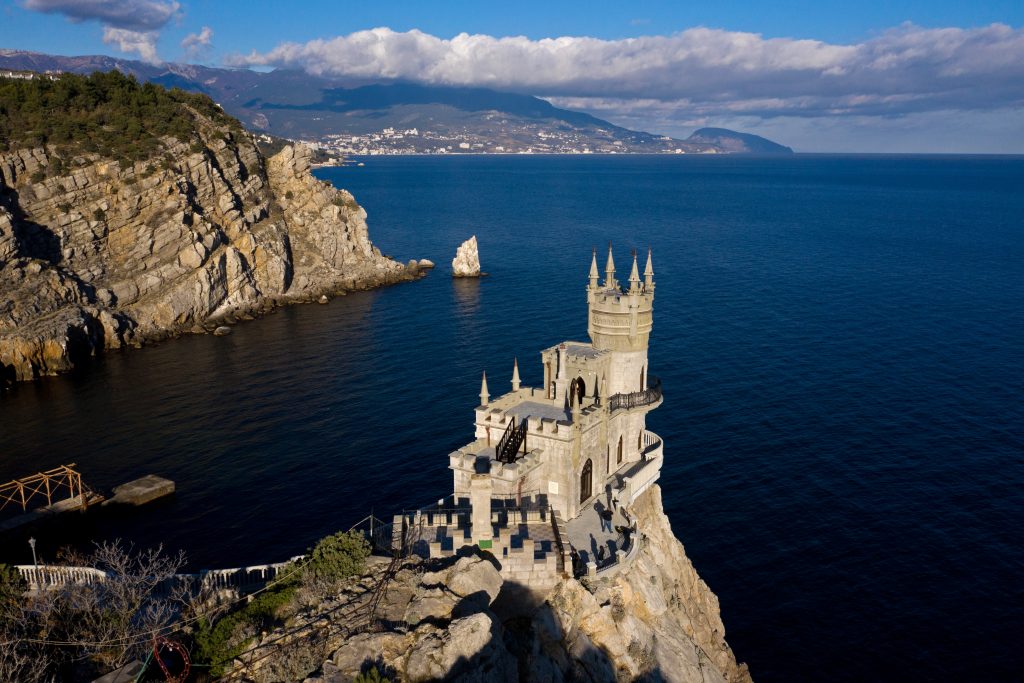 Since February 2014, Ukraine’s Crimean peninsula has been under Russian occupation. The Kremlin initially attempted to justify its military aggression by stage-managing a fig leaf referendum at gunpoint, but the international community was not fooled. Instead, virtually every country on the planet, except for Russia itself and Moscow’s few remaining rogue state allies, continues to recognize Crimea as an integral part of Ukraine.

In the coming weeks, Ukraine will remind the international community of the Russian occupation by hosting the inaugural summit of the Crimean Platform. The Crimean Platform is a new initiative established by Ukrainian President Volodymyr Zelenskyy in order to return the Russian seizure of Crimea to the top of the international agenda and help coordinate practical efforts towards the de-occupation of the Ukrainian peninsula.

For Ukrainians, the struggle to end the Russian occupation of Crimea is not just a matter of sovereignty, human rights, or national security. It is also a quest to defend international law and restore historical justice.

Ever since the invasion of 2014, Kremlin propaganda has promoted the myth of Crimea as “historically Russian land.” In reality, nothing could be further from the truth.

The Russian Empire does not actually feature in the approximately three millennia of recorded Crimean history until relatively recently, appearing towards the end of the eighteenth century. For thousands of years prior to Russia’s arrival on the scene, Crimea was home to a cosmopolitan array of peoples and nations including the Greeks, Scythians, Romans, Goths, Byzantines, and many others. Far from being ancestral Russian land, the peninsula has traditionally been an international crossroads of cultures and civilizations.

The epoch of the Crimean Khanate occupies a particularly prominent place in Crimean history. This period saw the evolution of the Crimean Tatar identity. The Crimean Tatars have not had a state of their own for almost 250 years, but are now recognized as an indigenous people of Ukraine as a result of legislation adopted by the Ukrainian parliament in July 2021.

It is impossible to overstate the importance of Crimea to the Crimean Tatars. The entire Crimean Tatar nation was deported by Soviet dictator Josef Stalin in 1944 and prevented from returning to the peninsula until the dawn of Ukrainian independence. This tragic legacy makes the current Russian occupation all the more harrowing.

Crimea has always loomed large in Ukraine’s national story. The celebrated tenth century Ukrainian prince, Volodymyr the Great, who is credited with converting the medieval Kyivan Rus state to Christianity, was himself baptized in Crimea.

In more recent times, Ukrainians have continued to play major roles in the key chapters of Crimean history. For example, many towns and cities in today’s Britain, France, and Italy boast streets and monuments named after Sevastopol to commemorate the mid-nineteenth century Crimean War. However, few appreciate that a large percentage of the “Russian” defenders of Sevastopol during this conflict were actually Ukrainians.

The official transfer of Crimea to Ukraine by the Soviet authorities in 1954 was entirely in keeping with the deep historical, economic, and logistical ties that had connected the peninsula to the Ukrainian mainland for centuries. Following Crimea’s incorporation into Soviet-era Ukraine, the peninsula flourished and a new wave of Ukrainians migrated south.

The descendants of these migrants continue to see Crimea as their homeland. They were born in Crimea, and their ancestors are buried there. This is why any suggestion of the current Ukrainian authorities trading away Crimea in exchange for peace with Russia is not only absurd but also grotesque.

Ever since the 2014 invasion, Russia has been working relentlessly to erase all traces of Ukrainian Crimea, while at the same time implementing policies of forced assimilation and transforming the demographic situation on the ground via the resettlement of Russian nationals in huge numbers.

According to Ukraine’s 2001 census, Crimea was home to more than 570,000 ethnic Ukrainians, or around one-quarter of the peninsula’s overall population. However, in the months following the occupation, the Russian authorities declared that there were actually less than 350,000 ethnic Ukrainians resident in Crimea. This stunning statistical deception was an indication of the Kremlin’s plans for the peninsula.

Unsurprisingly, the official number of Crimeans who identify Ukrainian as their native language has dropped dramatically since 2014. Meanwhile, the Orthodox Church of Ukraine remains under constant pressure from the occupation authorities. Dozens of Ukrainians are held by the Kremlin as political prisoners, while those who voice their opposition to the Moscow takeover risk losing their livelihoods or worse.

The Kremlin’s ultimate goal is no secret. Putin seeks to assimilate the entire population of Crimea, including all ethnic Ukrainians and Crimean Tatars. He openly denies the existence of a separate Ukrainian national identity and states that Ukrainians and Russians are in fact “one people.” Today’s Crimea is witnessing the logical consequences of such criminal thinking.

In order to help facilitate this process, Moscow is actively bringing Russians to the peninsula to change its ethnic makeup. Russian officials are tight-lipped over the scale of this ongoing resettlement drive, but conservative estimates put the number of Russian newcomers at more than 500,000. Even this figure represents a radical transformation of Crimea’s demographic destiny over a remarkably short period.

For Putin, Crimea is a trophy. It is also an important military asset. Since the Kremlin takeover of the peninsula seven-and-a-half years ago, Russia has massively expanded its military presence in Crimea.

Within this context, the actions of certain Western countries appear inconsistent, to say the least. While their governments join international efforts to impose sanctions on Russia for its aggression against Ukraine, companies from some European countries have also provided the Kremlin with invaluable material assistance in militarily important projects such as the construction of the Crimean Bridge and the installation of new power plants.

These actions are shortsighted. Individual European businesses have earned millions by helping Russia to strengthen its military grip on Crimea, but European governments will now have to spend billions in order to counter the enhanced military threat posed by Russia. After all, the Kremlin is transforming Crimea into an “unsinkable aircraft carrier” in order to menace the whole of Europe rather than nearby Ukraine.

The contrast between today’s militarized peninsula and Crimea before the occupation is striking. Ukrainian Crimea was a peaceful place marked by tolerance and most commonly associated with tourism. It was a shared home for ethnic Ukrainians and Russians, Crimean Tatars, and dozens of other nationalities. The Russian invasion shattered this balance and turned Crimea into the front line of a new Cold War. If we are serious about ending the current geopolitical confrontation, the world must work towards returning Crimea to its former status as a peninsula of peace.

In order to safeguard European security, it is vital to expand bilateral and multilateral military cooperation with Ukraine. We believe it is now time to take a further step and explore opportunities for an open-ended allied military presence in Ukraine. Additional progress towards Ukraine’s NATO integration is also long overdue. Above all, we must send Moscow an unambiguous message of unity and resolve. The Crimean Platform offers the chance to do just that.

I have been engaged in negotiations with my Russian counterparts for almost two years now. They are nothing if not pragmatic, and the only language they listen to is the language of strength. Unless the West demonstrates its readiness to counteract the Kremlin, Moscow will simply continue expanding its aggressive actions. The best way to prevent this from happening is by confronting Putin over Crimea and making clear that the democratic world will increase the costs of the occupation until Russia abandons its imperial ambitions.

Oleksii Reznikov is the Deputy Prime Minister of Ukraine for the Reintegration of Temporarily Occupied Territories.

Image: Ukraine's Crimean peninsula has been under Russian occupation since 2014. (Sergei Malgavko/TASS via REUTERS)