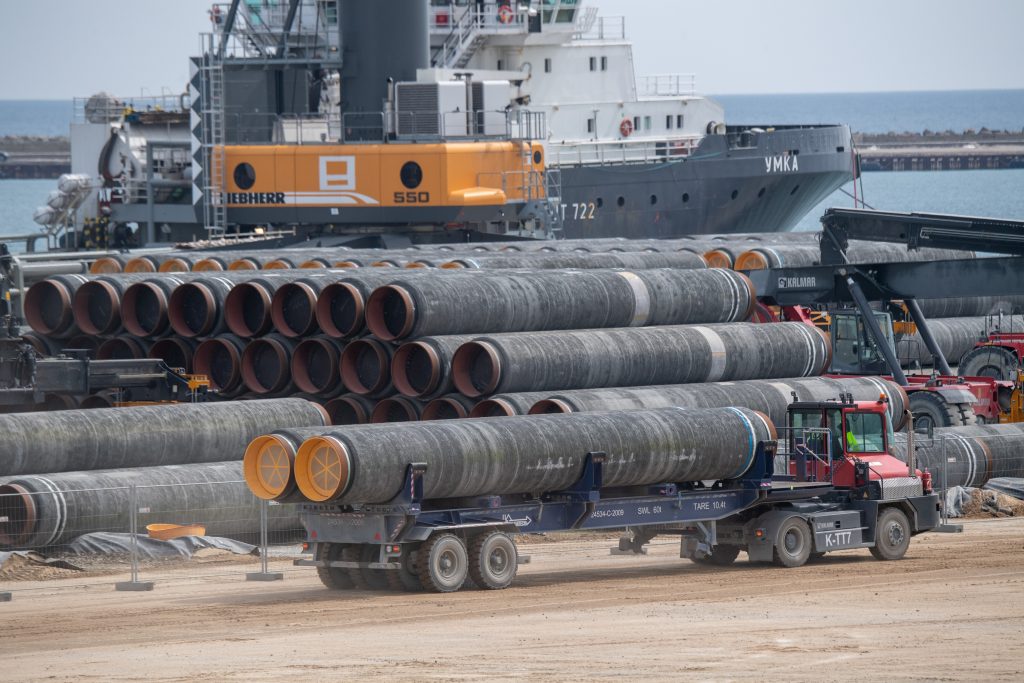 US President Joe Biden’s efforts to strike a deal with Germany over Vladimir Putin’s Nord Stream 2 pipeline are coming under further critical scrutiny and encountering additional domestic opposition as recent developments underline the Kremlin’s continued readiness to use energy supplies as a geopolitical weapon.

Talks between the United States and Germany are ongoing over possible ways to avert negative consequences from the completion of the Baltic Sea gas pipeline. US Secretary of State Antony Blinken has said these discussions aim to “ensure that Russia cannot use energy as a coercive tool directed at Ukraine or anyone else.”

However, opponents argue that coercion is the main objective of the Nord Stream 2 pipeline project. They also point out that none of the solutions currently being discussed would actually work, even if implemented. There is additional alarm over the fact that countries likely to be most adversely affected by the pipeline, such as Ukraine and Poland, are not involved in the current discussions.

So far, news reports indicate that the bilateral talks have explored a range of possible measures to offset damage to Ukraine. These include German compensation to Ukraine for lost gas transit fees; German investments to help Ukraine build alternative energy sources; a German pledge to force Russia to extend transit quotas through Ukraine; and a “nuclear option” proposed by the American side (and reportedly opposed by Germany) introducing a “snapback” mechanism to halt gas deliveries from Russia if Ukraine is attacked or coerced.

The ongoing talks with Germany underline the scale of US concerns over the negative impact Nord Stream 2 could have on the geopolitical climate in Europe. Meanwhile, Moscow has recently offered a further reminder of what might be in store if Nord Stream 2 is completed.

In the weeks since Biden relaxed sanctions on the pipeline project, Russian energy giant Gazprom has dramatically reduced gas volumes passing through the Ukrainian transit system. Critics say the Kremlin is minimizing deliveries in order to prevent EU countries from replenishing their gas storage facilities ahead of the coming winter heating season, thus making them more vulnerable to Russian supply interruptions and stoppages.

Russia is also accused of seeking to create additional pressure on Germany to make sure Berlin proceeds with the commissioning of Nord Steam 2 once construction is completed. Work on the pipeline is expected to be finalized in August, and Russia is eager to bypass a series of existing political, legal, and regulatory obstacles that have the potential to block the pipeline.

In recent weeks, Putin has provided additional evidence that he remains an unreliable partner. Despite Biden’s emphasis on halting cyberattacks during the June 16 summit with Putin, a number of significant attacks against US targets have been traced to Russian sources since the Geneva meeting.

Speaking earlier in June, Putin also openly stated that in order to secure a continuation of gas transit through Ukraine, Kyiv must first demonstrate “goodwill” towards Russia. Such thinly veiled threats expose the weaponized reality behind the economic arguments that are so often used to justify cooperation with the Kremlin in the energy sphere.

Nord Stream 2 has never been necessary on purely economic grounds. It duplicates the existing Ukrainian transit system and is primarily intended to bypass Ukraine. This would weaken Ukraine financially and drastically reduce the country’s geopolitical importance to the rest of Europe, potentially paving the way for a major escalation in ongoing Russian military aggression against the country. If completed, the pipeline would also significantly tighten Russia’s grip on European gas markets.

These threats are precisely why the American government passed draconian new sanctions in December 2020 to halt the completion of Nord Stream 2. Biden’s subsequent refusal to implement these sanctions has put him at odds with key European allies and also with many in Washington. Co-sponsor of the sanctions, Senator Ted Cruz, has blocked confirmation of all Biden’s State Department nominees in the Senate until sanctions are imposed.

In early July, a House of Representatives panel passed an amendment that would prevent Biden from waiving approved sanctions. “These sanctions are mandatory not discretionary,” said Representative Marcy Kaptur, a Democrat.

Despite vocal opposition to the pipeline, the Biden administration reportedly still hopes to have a tentative deal in place for when German Chancellor Angela Merkel visits the US in mid-July. The White House may then seek the blessing of Ukraine’s leader, Volodymyr Zelenskyy, who has been invited to visit several weeks later. However, it is difficult to imagine the Ukrainian president agreeing to a pipeline project that is specifically designed to bring his country to its knees.

Image: Pipes for the Nord Stream 2 pipeline being loaded onto a ship at the Port of Mukran in Germany on June 1, 2021. (Stefan Sauer/dpa via REUTERS)