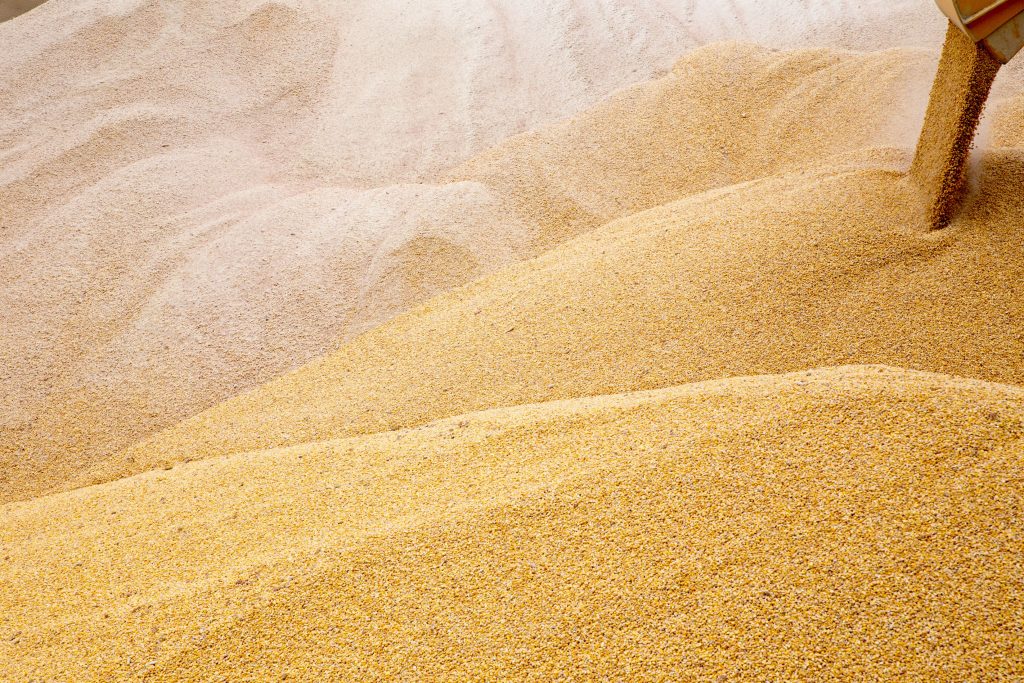 Grain is loaded at a shipment terminal in the southern Ukrainian city of Mykolaiv, which serves as one of the great gateways to Ukraine's fabled agricultural breadbasket. REUTERS/Vincent Mundy

I could not believe it when I heard it. Are Ukrainian policymakers really discussing the prohibition of grain exports? Apparently so, but this must not be done! Few things could be more harmful to the Ukrainian economy.

The overt reason behind this talk is that the global price of grain is rising, and the intention is to keep the domestic consumer price of bread down through export control, but this will not work and would be detrimental to Ukraine in so many ways.

These practices used to be standard in Ukraine, notably under notorious former Ukrainian political heavyweights Pavlo Lazarenko and Viktor Yanukovych. By officially prohibiting the export of grain, previous administrations did not actually prevent exports, but merely created private monopolies on these exports. They or their agents purchased grain at low domestic prices in order to sell it at a much higher international price. Lazarenko and Yanukovych did the same with the gas trade. Why would anybody want to revive such corrupt schemes?

Since the privatization of agricultural land in 2000, Ukraine’s grain production has skyrocketed and grain exports have become vital for the Ukrainian economy. In 2019, agricultural goods accounted for no less than 43 percent of Ukraine’s total exports. Much of this was grain. Ukraine cannot afford to voluntarily limit these exports.

The very reason why this topic has arisen is that global grain prices are now rising sharply, but that should be welcomed as a great advantage for Ukraine. At a time when the price of steel, Ukraine’s other big export commodity, is collapsing, Ukraine has an even greater need for profitable exports.

Without exports of grain, Ukraine’s GDP in dollar terms could easily plummet by as much as one-third this year. The excellent development of Ukraine’s agriculture in the last two decades would stall. Meanwhile, the many good agricultural companies currently operating in the country would suffer losses or even bankruptcy.

The consequences for Ukraine of any barriers on the export of grain would be numerous and exclusively negative. Ukraine’s export revenues would plunge and the country’s balance of trade would deteriorate. Kyiv would find itself in desperate need of international financial support but its policies would have precluded such assistance. That would lead to a lower exchange rate and higher inflation, which would hurt the Ukrainian population.

Any limitation of grain exports would also run counter to Ukraine’s Association Agreement with the European Union and the attached Deep and Comprehensive Free Trade Agreement, which prohibits export restrictions. It is bad enough that Ukraine applies restrictions to timber and scrap metal, contrary to the agreement. If the country now chooses to apply restrictions to its main export commodity, the EU reaction will not be very polite.

The world currently finds itself caught in a sudden and serious financial crisis that may yet prove to be worse than anything the international community has seen after World War II. Once again, Ukraine is highly dependent on international financial assistance.

This assistance can only come from intergovernmental organizations such as the International Monetary Fund, the World Bank, the European Bank for Reconstruction and Development, the European Investment Bank, the European Union, and friendly governments. None of these entities will be encouraged to provide financial support to Ukraine if the Ukrainian government chooses to prohibit exports of its main export commodity.

In recent years, Ukraine has attracted substantial foreign direct investment into the agriculture sector and related industries. Such investment is not to be expected this year, but it should return later on. However, if Ukraine goes back to its troubling past and prohibits grain exports, foreign investors will simply forget about Ukraine.

In every sense, any impediment on exports of grain imposed by the Ukrainian government would represent a devastating step backwards for the country. It would seriously damage Ukraine’s balance of payments. At the same time, it would dramatically reduce the possibility of receiving international financial support.

Imposing restrictions on grain exports would undermine the development of Ukraine’s agricultural sector in both the short- and the long-term. In turn, this would cause significant harm to the nation’s wider economy. It would also undermine Ukraine’s endeavor to establish a competitive market economy and integrate with the European Union.

In short, Ukraine must not impose export controls on grain. The country cannot afford to take such harmful steps back towards its rent-seeking past in the midst of the coronavirus crisis.

Professor Anders Åslund is a senior fellow at the Atlantic Council in Washington. His latest book was “Russia’s Crony Capitalism: The Path from Market Economy to Kleptocracy.”

Ukraine is ill-prepared for a major coronavirus outbreak but the country has wasted precious weeks engaging in political drama as the scale of the pandemic threat become increasingly apparent.