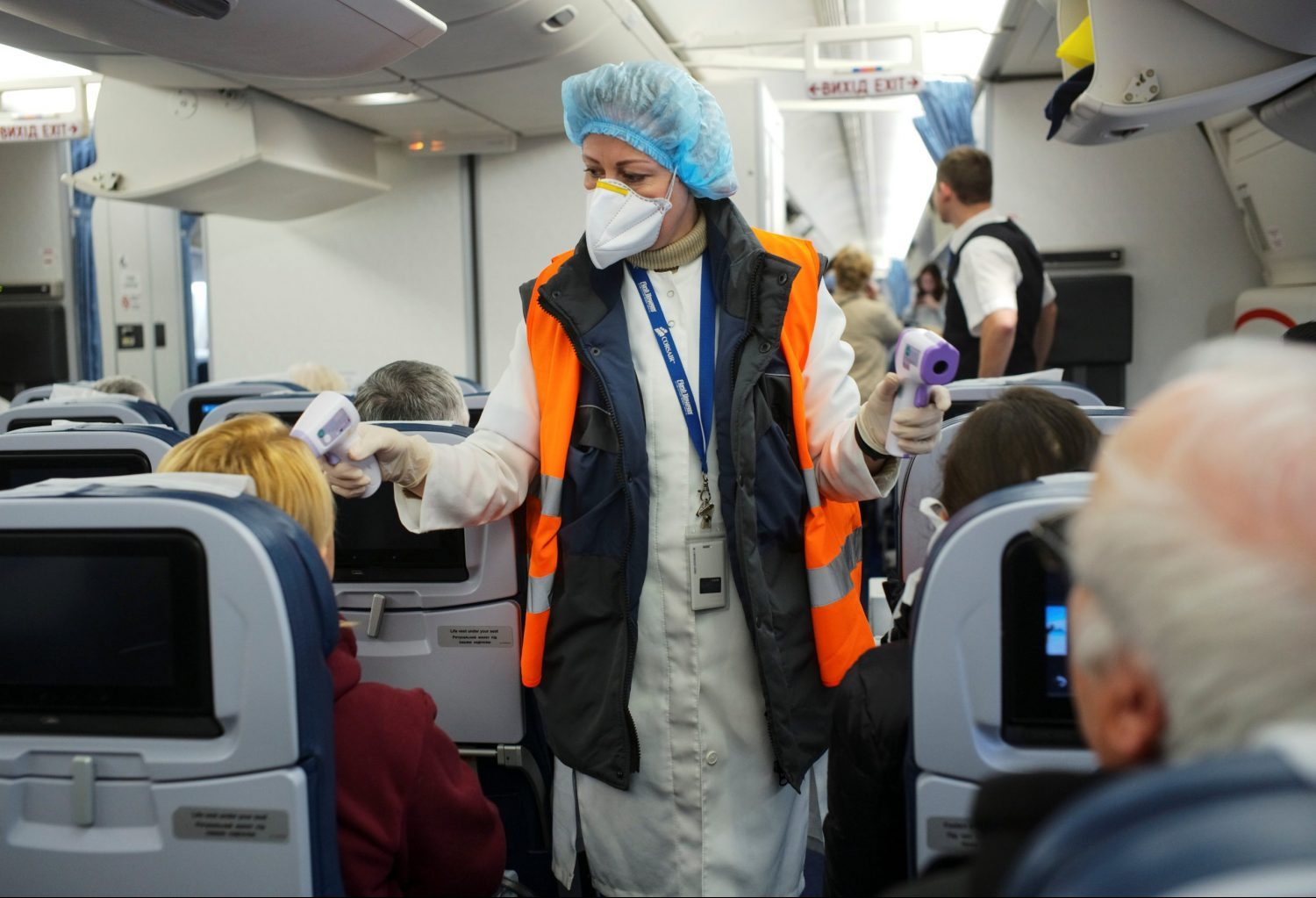 In 2019, Ukraine enjoyed a wonderful economic recovery. Finally, the National Bank (NBU) managed to drive down a stubborn inflation rate of 10 percent a year to 2.4 percent, which allowed it to cut its interest rate from 18 percent in June 2019 to the current 11.5 percent. The government maintained a moderate budget deficit of 2 percent of GDP, and the current account deficit was only 3 percent of GDP, which was more than covered by remittances.

Remarkably, in one year, the borrowing cost of Ukraine’s long Eurobonds slumped from 11 percent a year to 4 percent a year. The country seemed set for a period of significant economic growth. Former Prime Minister Oleksiy Honcharuk foresaw growth of 5 percent in 2020, rising to 7 percent per year in the ensuing years. But now he and his policy are gone.

Naturally, not everything can go right at once. Ukraine’s economy only grew by 3.2 percent last year, and growth slowed down in the fourth quarter before vanishing in January. One reason was that the Ukrainian hryvnia currency appreciated by no less than 17 percent last year because of high-interest rates and the recovering economy, which hurt exporters. Another reason was that the Chinese demand for steel declined, bringing down steel prices.

In the big scheme of things, these were small problems. Undeterred, the NBU had announced its intention to reduce interest rates to 7 percent during 2020. The Ukrainian economy suffers from severe under-investment and needs a structural transformation, notably integrating more into the European supply chain. But thanks to successful judicial reforms that would render property rights sufficiently secure, Ukraine seemed poised to benefit from substantial foreign financial inflows.

Unfortunately, something very different happened. On Monday February 24, a new global financial crisis began. It had nothing to do with Ukraine and was caused by a temporary slowdown in the Chinese economy as a result of Chinese efforts to contain the coronavirus epidemic. This was just a catalyst, as the global economy had enjoyed a decade of steady growth and was ready for a recession. It did not initially touch Ukraine. In such a situation, one needs to sit steady.

Instead, President Volodymyr Zelenskyy made a speech to the Ukrainian parliament on March 4, not only sacking but also condemning his government and its policies, in effect saying that neither he nor they had accomplished anything. The only positive thing he had to say about his ministers was that they were honest as if that was no longer important. Since foreign investors had greatly appreciated the Honcharuk government, its leading ministers, and its policies, this was bad news for them.

Until March 4, Ukraine had escaped the mounting global financial crisis, but now it became a focal point. In the space of a few days, the yield on short Ukrainian Eurobonds skyrocketed from 3.5 percent a year to 7.75 percent. The hryvnia is now falling, compelling the NBU to intervene. The international financial market is swiftly closing to Ukraine, as was the case for several years from 2012. The markets were clearly not consoled by the composition of the new Ukrainian government, which remains incomplete and has yet to declare what policies it plans to pursue.

Alas, Zelenskyy’s March 4 purge seems to have been only the beginning of a policy reversal. The critical task had previously been to establish property rights in the country, with much depending on honest leadership at the previously corrupt Prosecutor General’s Office. Appointed by President Zelenskyy last year, new Prosecutor General Ruslan Ryaboshapka cleansed this office of half the total number of prosecutors for incompetence or illicit wealth. On March 5, he was dismissed by parliament. Other institutions under attack are the highly regarded National Anti-Corruption Bureau and the NBU itself. These three institutions have resisted efforts to return the nationalized Privatbank to its former oligarch owners.

Today, Ukraine has a vital need to restore international financial trust. The best way of doing so is to conclude a new IMF program. The previous government and the NBU had fulfilled all macroeconomic conditions to do so. Only two conditions remained, namely the adoption of land market reform and a law blocking the return of nationalized banks to their former owners. Last November, the IMF offered Ukraine a three-year stabilization program with credits of USD 5.5 billion if these two conditions were fulfilled. The priority here for Ukraine is not the credits in themselves, but the IMF seal of approval. Bond markets rule the world. They trust the IMF. So far, they have not given their vote of confidence to the new Ukrainian government.

It is a good sign that Prime Minister Denys Shmyhal and Finance Minister Ihor Umanskyy want to come to Washington as soon as possible to conclude a new IMF program. However, they should appreciate that the IMF is not likely to abandon its prior demands.

Anders Åslund is a senior fellow at the Atlantic Council and author of the book “Russia’s Crony Capitalism: The Path from Market Economy to Kleptocracy.”

Image: A Ukrainian medical official takes the body temperature of passengers as a preventive measure against coronavirus (COVID-19) at Boryspil International Airport outside Kyiv on March 10, 2020. REUTERS/Gleb Garanich