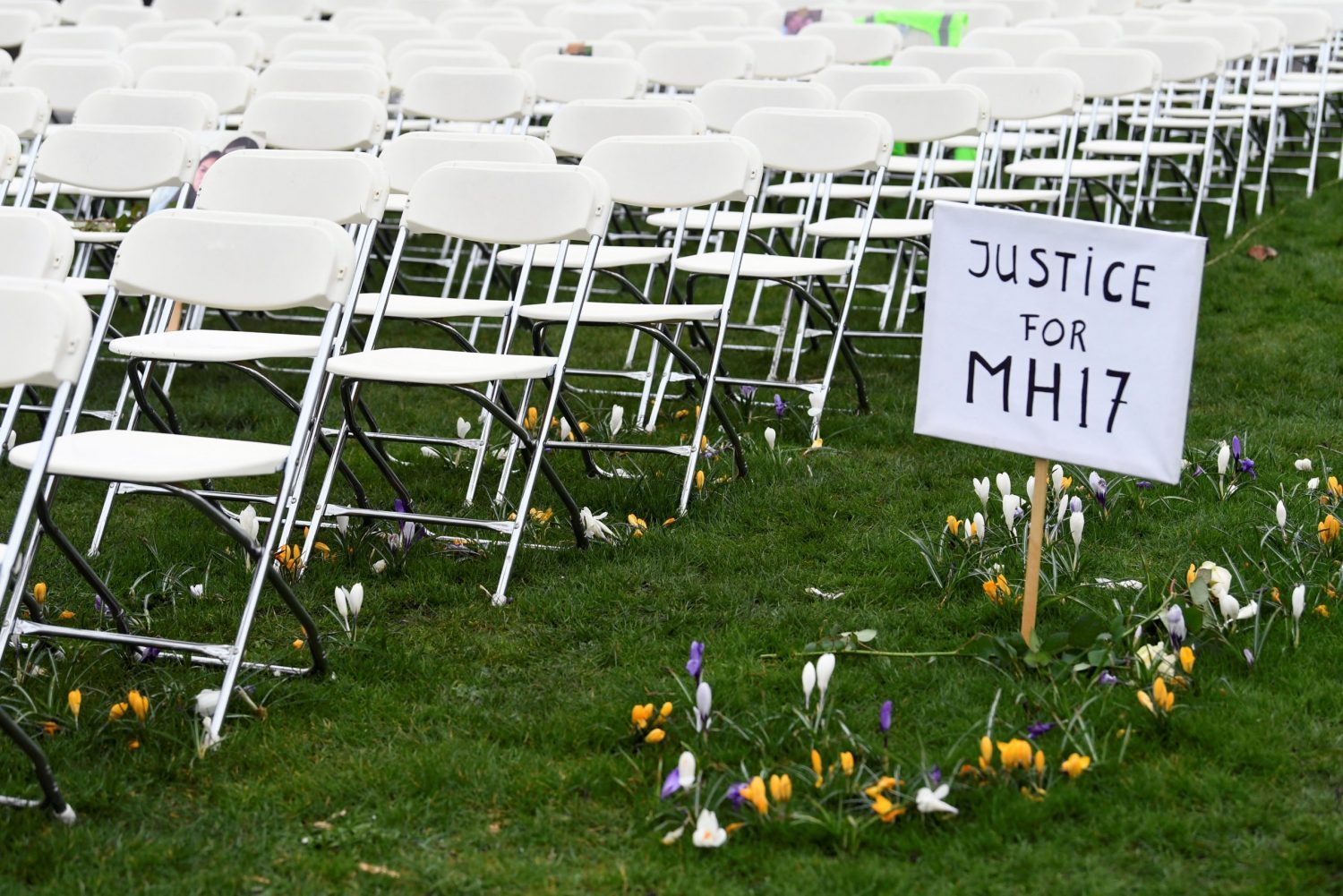 Court proceedings in the Netherlands begin this week into the July 2014 shooting down of flight MH17 over eastern Ukraine, which resulted in the deaths of all 298 crew and passengers on board. Symbolically, the proceedings are taking place at Schiphol Judicial Complex next to Schiphol Airport, where MH17 took off on its fateful flight almost six years ago.

This is the first international trial to address responsibility for the disaster. Although the four named suspects, three Russians and one Ukrainian, will not be present, the proceedings aim to provide a degree of closure for victim families from the Netherlands, Australia, Malaysia, Indonesia, the UK, Germany, Belgium, the Philippines, Canada and New Zealand.

The court hearings are also expected to reveal fresh details of Russia’s military intervention in eastern Ukraine, with evidence set to highlight the direct lines of command connecting Kremlin-backed forces in eastern Ukraine with the upper echelons of the Russian military and political establishment. After six years of blanket denials from the Kremlin, Putin’s Ukraine war is finally on trial.

The evidence presented in the Netherlands is likely to challenge many of the misconceptions that continue to muddy international understanding of the conflict in eastern Ukraine. Despite six years of hostilities, some international media outlets and Western governments still prefer to employ euphemistic terms such as “pro-Russian separatists” when discussing the conflict. This serves to minimize the role played by Moscow in coordinating the conflict, preventing meaningful progress towards peace by reducing Russia’s responsibility for ending the bloodshed.

In this context, the MH17 court hearings will make a particularly valuable contribution to international security by underlining the direct involvement of the Russian armed forces in Ukraine. After all, the kind of sophisticated military hardware used to shoot down MH17 can only be operated by trained military professionals. Such weaponry could not conceivably be sent across international borders without direct orders from the Kremlin itself. Nor would it be deployed in isolation. On the contrary, the MH17 tragedy is a fragment of a much larger Russian military operation commanded from Moscow.

While new evidence is widely anticipated, much of the information relating to the MH17 investigation is already in the public domain. In a series of findings released since autumn 2016, the Joint Investigation Team (JIT) consisting of law enforcement officers from the Netherlands, Australia, Belgium, Malaysia and Ukraine confirmed that flight MH17 was shot down by a Russian anti-aircraft BUK missile launcher system. According to investigators, the system originated at the Russian Army’s 53rd Anti-Aircraft Missile Brigade based in Kursk. It was transported from Russia to eastern Ukraine and subsequently removed from the conflict zone in the immediate aftermath of the tragedy.

The four individuals formally on trial in the Netherlands are mid-level operatives accused of involvement in the transportation of the BUK system and the targeting of the Malaysian Airlines Boeing. Igor Girkin is the most prominent of the four, having served as something of a poster boy for the Russian war effort in Ukraine during spring and summer 2014 before being hastily recalled to Moscow in the wake of the MH17 tragedy. Like most of the initial leaders of the “separatist” war in eastern Ukraine, Girkin is a Russian citizen with ties to the Russian military. According to various reports, he was a colonel in Russian military intelligence prior to “volunteering” for service in Ukraine. Girkin is joined on the list of the accused by fellow Russian military intelligence veterans Sergei Dubinsky and Oleg Pulatov, along with Ukrainian subordinate Leonid Kharchenko.

In telephone intercepts made public by the JIT in the months leading up to the trial, the accused are caught in conversation with senior Russian officials including Putin aide Vladislav Surkov, who was responsible for curating Kremlin policy in eastern Ukraine. Somewhat conveniently from Moscow’s point of view, Surkov was dismissed by Putin in early 2020 and no longer holds any official position. Nevertheless, the court proceedings are expected to demonstrate that the four named defendants did not act alone and were part of a military operation that involved top Russian military and government officials.

The proceedings in the Netherlands will also shed light on Russia’s extensive efforts to obstruct the investigation into the MH17 attack. At the diplomatic level, Russia has blocked efforts via the UN to establish an international tribunal. Ever since the tragedy took place, the tightly controlled Russian state media has promoted an endless array of alternative theories and conspiracies surrounding MH17. Meanwhile, open source investigators at Bellingcat have exposed a range of fake satellite images and doctored data put forward by the Russian government. Given the fact that the shooting down of MH17 took place in a foreign country with no Russian nationals among the victims, this disruptive conduct would be extremely odd if Russia was not, in fact, the responsible party.

The court proceedings currently underway in the Netherlands are not only an attempt to secure a modicum of justice for the hundreds of families who lost loved ones in the MH17 tragedy. The Kremlin’s own sense of impunity is also in the spotlight. Many of the details that we will hear in court are already public knowledge, but this will be the first time they have been laid out together in an internationally recognized legal setting. The resulting picture will be of a Russian state waging a not-so-secret war in Ukraine while doing everything in its power to conceal its war crimes and avoid international accountability.

Will justice finally be done? With Russia refusing to recognize the legitimacy of the court proceedings, there is virtually no chance that any of the named defendants will actually serve jail time for their roles in the MH17 attack. However, the sheer weight of evidence should send a powerful message to the wider international community that the Russian Federation must end its denials and face justice for its war in Ukraine before there can be any talk of a thaw in relations. The Putin regime is on trial in the Netherlands, and a guilty verdict must have serious repercussions for Moscow on the international stage.

Yaroslav Dovgopol is a correspondent at the Washington DC bureau of Ukrinform news agency.

Image: Rows of empty chairs representing the victims of the MH17 tragedy placed in protest outside the Russian Embassy in The Hague. March 8, 2020. REUTERS/Piroschka van de Wouw