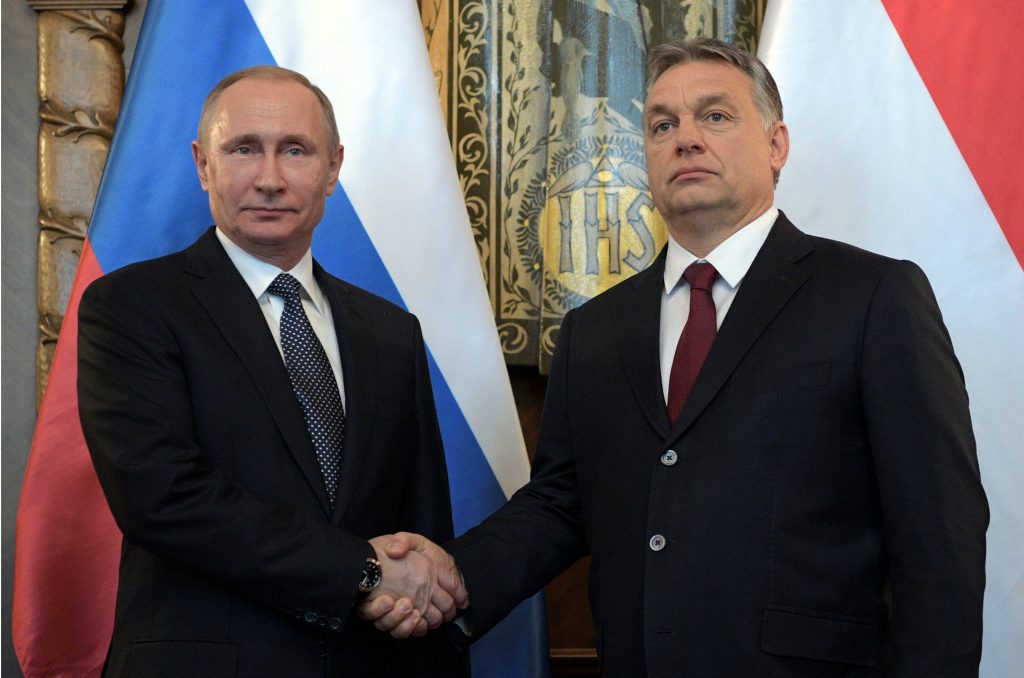 A recent increase in illiberal trends in a number of Eastern European countries threatens to erode support for Ukraine in the region. Just as important, it may lead to disillusionment inside Ukraine, where reformers have drawn on the region’s democracy building experience as guidance for Ukraine’s own reforms.

Immediately after the breakup of the Soviet Union, Eastern European countries launched profound pro-market, pro-democratic, and pro-European transformations, quickly becoming members of NATO and the European Union. These young EU members were a source of inspiration for Ukraine’s pro-European activists and reformers at a time when Ukraine was perceived as “stuck in transition”—captured in the vicious cycle of an oligarchic economic model and corrupt political decision-making. Following the Revolution of Dignity, Ukraine made important progress in energy pricing, procurement, and increased public service transparency by introducing electronic declarations, but is still striving to catch up in areas like the rule of law and protection of property rights.

But Eastern Europe may no longer serve as a model for Ukraine’s reforms: some of these countries’ own democratic institutions are now under threat.

Disagreements over EU policies spread in Europe after the 2008-2009 financial crisis and consolidated with the recent migration crisis. In countries with weak democratic institutions, controversies over these policies have caused people to doubt whether the liberal democracy model is working. This has coincided with the Kremlin’s increased aggression internationally as it aims to solidify its influence in Europe using corruption, propaganda, disinformation, and by supporting political troublemakers.

This mixture of weak democratic institutions and Russia’s efforts has paved the way for domestic measures that weaken Eastern European countries’ democratic achievements. Corruption has become a real issue in the region: 2008-2011 saw a decline in Transparency International’s Corruption Perceptions Index among most of Ukraine’s western neighbors, including the Czech Republic, Slovakia, Romania, and Hungary (TI’s methodology changes don’t allow for the inclusion of 2011-2012 data to demonstrate continuation of the trend). Those scores matter deeply, for they serve as a key indicator of the countries’ vulnerabilities to Russian influence. Only after Russia’s 2014 aggression in Ukraine did the region increase its efforts in fighting corruption, as demonstrated by overall improved scores in the corruption index’s numbers starting that year.

The one exception to those improved scores is Hungary, where the situation deteriorated. Hungary has demonstrated one of the most notable reversals of the region’s democratic achievements. After the anti-immigrant Fidesz party won parliamentary elections in 2010, it had Hungary’s constitution amended five times, mostly with regard to voting and elections; the party was also able to increase government control over the judiciary, media, and central bank, and it expanded the power of local party bosses. Illiberal politicians saw Russia as alternative to the European model, and pro-Russian rhetoric quickly spread in the country. The Kremlin has been using economic leverage to influence politics. That includes the proposed Paks nuclear plant project, which would be built by Russia in Hungary; the project reportedly allows the ruling party to directly benefit through loopholes in procurement legislation.

In countries where Russia’s economic footprint is heavy, it actively uses this as leverage to capture political decision-making, as shown in the Kremlin Playbook research. Still, countries can successfully limit such intervention. One example is Latvia, which depends on Russia’s energy and relies on Russia’s customers for its financial and transportation sectors. The anti-European mood is comparatively limited there, as the government actively works to counter propaganda and fight corruption, as indicated by Latvia’s consistent improvement in the corruption index in 2012-2016.

The Czech Republic was also among the first to recognize the threat of Russian propaganda, and established the Center Against Terrorism and Hybrid Threats to counter it. However, success there is mixed; the latest polls by the International Republican Institute indicate that 25 percent of the Czech public trusts the so-called “alternative media,” which often has an anti-EU, anti-NATO, or anti-US position. Nor does the corruption situation demonstrate consistent improvement. Pro-Russian actors represent a small but very vocal part of Czech political life, and are present at all levels of political society in the Czech Republic, most notably including the country’s President Milos Zeman.

Recent illiberal trends are especially worrying in one of Ukraine’s strongest allies, Poland—once the center of democracy in Eastern Europe. After Poland’s Law and Justice party (PiS) came to power in 2015, it has taken steps to increase political influence over the body which rules on the constitutionality of Polish laws, constrain the independence of public radio and television, and limit the rights of local self-governance. The Polish government has become increasingly critical of the European Union and has grown closer to populist movements in France and Germany. Russia arguably stimulated the spread of anti-Ukrainian rhetoric in Poland that targeted refugees and migrants from Ukraine and fueled disputes over the countries’ common history. Unsurprisingly, Poland’s corruption situation demonstrated no improvement in 2016, for virtually the first time in thirteen years (with the caveat that Transparency’s 2011 and 2012 scores are not directly comparable).

Increased Euroskepticism and anti-Americanism in the region threaten to reverse the unity among European allies on critical topics, including Ukraine. Russia plays an active role in fueling the process, with an end goal of leaving Ukraine in international isolation and destroying European unity. These efforts find fertile ground in places where democratic institutions are still weak. Europe must make a concerted effort to strengthen unity and develop an EU-wide response. Ukraine, meanwhile, needs to strengthen its own democratic institutions, fight corruption by establishing an independent anticorruption court, and work closely with its neighbors to strengthen bonds and target propaganda. Russia’s growing influence in Eastern Europe should be a signal to the US about the importance of continued democracy support in the region. In this era of hybrid war, the link between the region’s democracy and security is especially evident, and one that we ignore at our peril.

Oksana Bedratenko is an independent analyst based in Washington, DC; she formerly served as the senior local economist at the US Embassy in Kyiv. She tweets @Bedratenko.