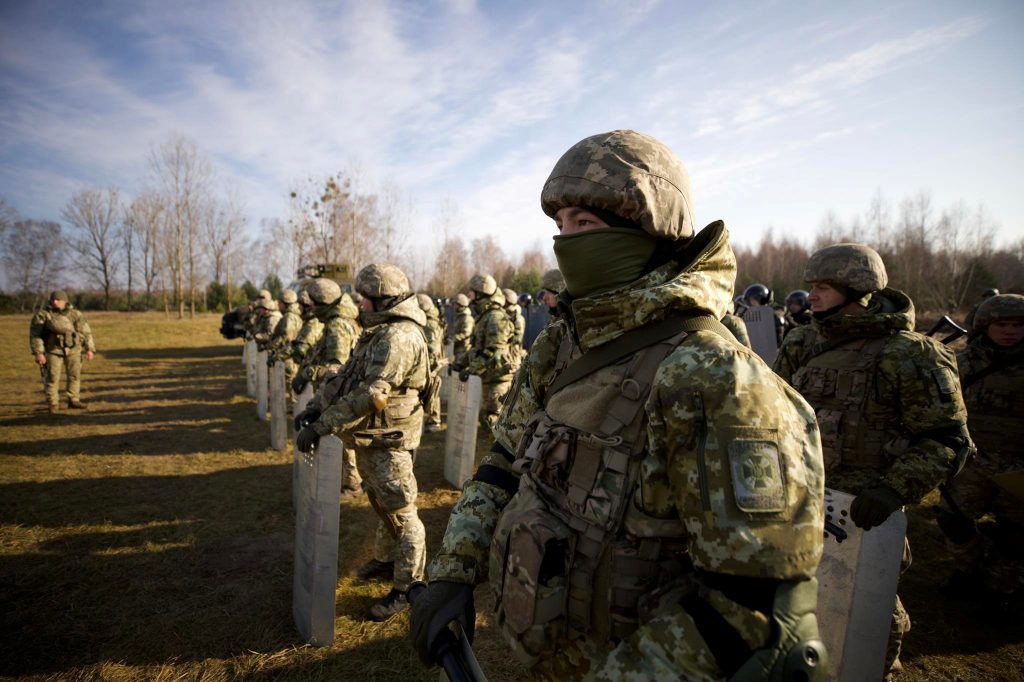 The migrant crisis that has been manufactured on the EU’s eastern border by Belarus dictator Alyaksandr Lukashenka and his patron, Russian leader Vladimir Putin, is a dangerous provocation with significant security ramifications for the wider region.

At present, the crisis is focused on a few specific points along the Belarusian-Polish border. However, any further escalations could potentially pose a threat to Poland’s neighbor and partner, Ukraine, which has a long and vulnerable shared border of over 1,000 km with Belarus.

On November 9, Polish Prime Minister Mateusz Morawiecki told the Polish parliament that the closure of Poland’s border with Belarus could result in migrants being redirected to Ukraine in order to make their way to the EU from there. For this reason, the Polish and Ukrainian authorities have already begun to cooperate in order to preempt and prevent this from happening.

Recent developments in Belarus have exacerbated Ukraine’s already precarious security predicament. An undeclared war with Russia is now in its eighth year, with Crimea and parts of the industrial Donbas region in eastern Ukraine under Russian occupation.

In recent weeks, Moscow has once again engaged in apparent scare-mongering tactics. Washington has warned its European partners about the threat posed by the latest concentration of Russian military force near to the borders with Ukraine and Belarus. Moreover, Lukashenka has asked Russia to deploy Iskander missile systems on the Belarusian border with Ukraine and to patrol the border zone from the air.

Against the broader background of the Kremlin’s diverse hybrid war against the West with its mixture of military bluster, energy blackmail, disinformation, and cyber attacks, the cynical use of trafficked migrants as battering rams against Europe’s borders calls for a firm and united European response. This has not happened. The EU has finally rallied against the current threat, expressing solidarity with Poland and Lithuania while imposing additional sanctions against the Lukashenko regime. Nevertheless, the reaction to the crisis has been noticeably slow and somewhat ambivalent. Crucially, while targeting Minsk, European leaders appear to be letting Moscow off the hook.

Some aspects of the European response have also raised eyebrows in Ukraine. On November 9, the foreign policy spokesperson for the Social Democratic Party in the German parliament, Nils Schmid, made what many in Kyiv saw as a tactless and cynical proposal to involve Ukraine in solving the migrant standoff. How? By getting Kyiv to agree on the temporary admission of migrants into Ukraine to process their applications for asylum. “This way we can make it clear that not every migrant will automatically enter the European Union,” Schmid said.

The German deputy conveniently overlooks a critical point and thereby seems implicitly to buy into how Minsk, Moscow and their supporters are trying to play on humanitarian concerns to place the onus in the current crisis on Warsaw, Vilnius and Brussels. In August 2001, Belarus adhered to the 1951 Refugee Convention. In fact, I was the United Nations High Commissioner for Refugees (UNHCR) Representative in Minsk at that time. People fleeing persecution and war should apply for asylum in the first safe country they reach. In this case, if they are genuinely doing so, this means they should apply in Belarus. The Belarusian authorities have an international obligation to provide protection to such asylum seekers and process their applications for refugee status.

Schmid cannot easily be dismissed as a lone German parliamentarian voicing a personal opinion. On the contrary, he represents the party which received the most votes in the recent German election. The SPD is currently the process of forming a coalition government which it will lead. In other words, the SPD, which over the years has often seemed more concerned than Merkel’s conservative Christian Democratic Union about maintaining good relations with Russia regardless of the latter’s behavior, appears to view Ukraine as merely a convenient buffer zone. And both the CDU and SPD continue to oppose Ukraine’s membership of the European Union and NATO.

It is not surprising that Schmid’s unwelcome proposal drew a prompt and caustic response from Oleksiy Danilov, the Secretary of Ukraine’s National Security and Defense Council. “It’s very strange when the Germans start telling us what to do,” noted Danilov before suggesting the SPD accept the migrants themselves.

Ukraine is clearly taking the potential threat posed by the Belarus border crisis seriously. In recent days, the Ukrainian government has strengthened security on the border with Belarus, while the local authorities in regions bordering Belarus have been placed on high alert. The country is already closely monitoring developments in neighboring Russia for indications of a possible imminent escalation in hostilities, but Kyiv must now also be on guard for new threats coming from Belarus to the north.

The new US-Ukraine Charter on Strategic Partnership adopted on November 10 underlines American support for Ukrainian security and US concerns over the possibility of further Russian aggression.

Image: Members of the Ukrainian State Border Guard Service line up at the border with Belarus. November 11, 2021. (Press service of the Interior Ministry of Ukraine/Handout via REUTERS)