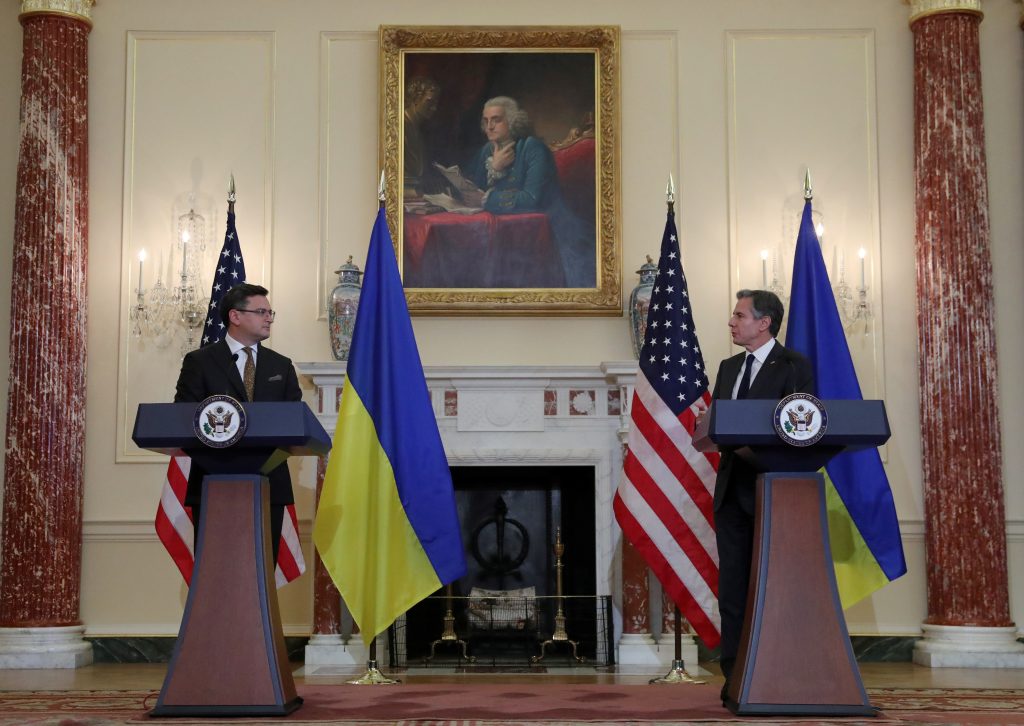 With international alarm currently mounting over the latest Russian military build-up on the Ukrainian border, the United States is focusing on strengthening ties with Ukraine. A high-level Ukrainian delegation visited Washington on November 10 for the first session of the new US-Ukraine Strategic Partnership Commission. This meeting saw the adoption of a US-Ukraine Charter that underlined the Biden Administration’s commitment to Ukrainian security.

This was the latest indication of United States backing for Ukraine since President Biden took office in early 2021. So far this year, Biden has hosted Ukrainian President Volodymyr Zelenskyy at the White House and three US cabinet ministers have visited Ukraine. Meanwhile, CIA Director Bill Burns was dispatched to Moscow in early November to warn the Kremlin against any attempts to escalate the conflict in Ukraine. Continuing this theme of deepening cooperation, Ukraine’s new Defense Minister Oleksiy Reznikov is due in Washington this week.

The November 10 meeting in Washington was the result of President Biden’s September summit with President Zelenskyy. It is noteworthy that such a significant follow-up event took place just two months after the summit, indicating that Ukraine currently ranks among the Biden Administration’s foreign policy priorities. In its breadth and size, the new Strategic Partnership Commission is reminiscent of the Gore-Kuchma Commission in the 1990s and represents arguably the most extensive US engagement since that period.

The newly adopted Charter consists of five parts, with security the leading section and the clear priority. Throughout, it uses the strongest language the United States has employed to condemn Russia’s ongoing aggression against Ukraine and underline support for Ukraine’s security.

The Charter unambiguously defines the security issue as “countering Russian aggression,” and refers to the Budapest Memorandum of December 1994, in which Ukraine gave up its nuclear arms in exchange for security assurances. The document invokes the April 2008 Bucharest NATO Summit and June 2021 Brussels NATO Summit while emphasizing US backing for Ukraine’s right to join NATO.

The Charter offers a clear commitment to deepening US-Ukrainian security sector cooperation. “The United States and Ukraine intend to continue a range of substantive measures to prevent external direct and hybrid aggression against Ukraine and hold Russia accountable for such aggression and violations of international law, including the seizure and attempted annexation of Crimea and the Russia-led armed conflict in parts of the Donetsk and Luhansk regions of Ukraine, as well as its continuing malign behavior,” it states. Many in Kyiv will be pleased to note that the Charter talks clearly about “the Russian-led armed conflict” in eastern Ukraine without resorting to euphemisms.

The document also goes into some detail to define what is understood by hybrid aggression and how this will be countered. “The United States intends to support Ukraine’s efforts to counter armed aggression, economic and energy disruptions, and malicious cyber activity by Russia, including by maintaining sanctions against or related to Russia and applying other relevant measures until restoration of the territorial integrity of Ukraine within its internationally recognized borders.” The language on Crimea is similarly firm. “The United States does not and will never recognize Russia’s attempted annexation of Crimea.”

While offering refreshing clarity on key security issues, the Charter becomes somewhat wobbly on how to proceed further. It states that the United States “reaffirms its full support for international efforts, including in the Normandy Format, aimed at negotiating a diplomatic resolution to the Russia-led armed conflict in the Donetsk and Luhansk regions of Ukraine on the basis of respect for international law, including the UN Charter.” However, it remains unclear on the issue of whether the United States wants to participate more directly in future negotiations with Russia over the war in eastern Ukraine.

This revised and updated US-Ukraine Charter is designed to last for a decade so we should perhaps expect to see principles rather than specifics. Nothing concrete is stated with regard to sanctions, while the Charter contains no quantification of military support.

The section on “democracy and rule of law” is short and soft. It identifies traditional priority areas such as the fight against corruption and judicial reform without seeking to push the envelop further. Likewise, the section addressing Ukraine’s economic transformation focuses on the practical issue of greater protections for American investment and intellectual property rights, while also identifying US support for corporate governance reforms at Ukraine’s state-owned enterprises and banks.

The main conclusion is that the Biden Administration is seeking to deepen its strategic engagement with Ukraine. The US is profoundly concerned by Russian aggression against Ukraine and this is reflected by the clear emphasis on security cooperation in the new Charter. This is a good basis for a further deepening of bilateral ties.

Blinken Kyiv visit analysis: What next for US-Ukraine ties?

What can US Secretary of State Antony Blinken’s recent visit to Kyiv tell us about the current state and future prospects for bilateral relations between America and Ukraine?