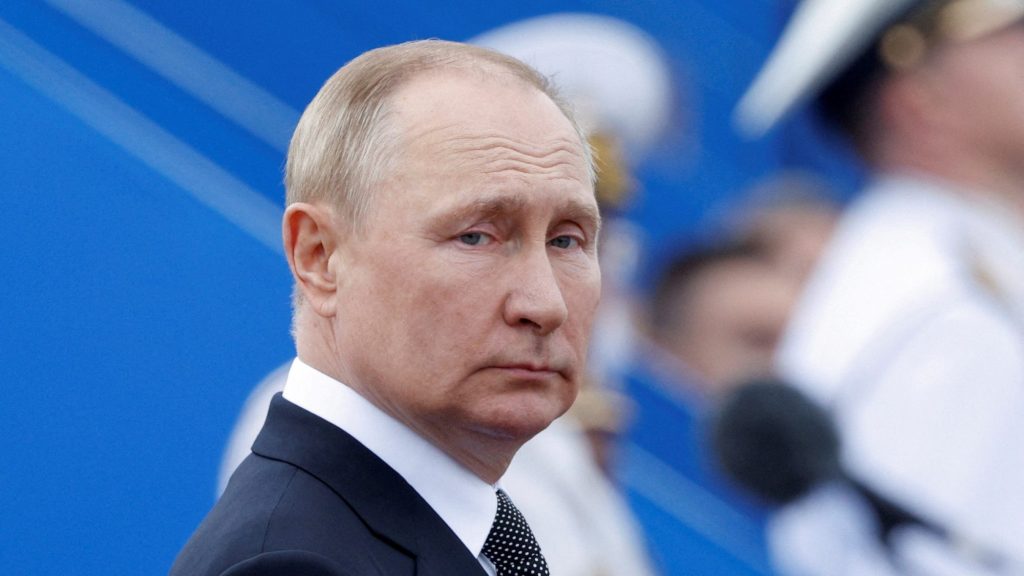 Vladimir Putin’s Nord Stream 1 and 2 gas pipelines are dead and buried or “tot und begraben” as the German saying goes, but the Nord Stream debacle must not be forgotten. With Russia now dropping all pretense and openly declaring that it will not renew gas deliveries to the EU until sanctions are scrapped, it is vital to learn the lessons from Europe’s earlier refusal to recognize the Kremlin’s weaponization of energy exports.

The agreement to build Nord Stream 1 was taken on September 8, 2005. Gazprom and the two German energy giants Wintershall and E.ON Ruhrgas signed the deal in the presence of Russian President Vladimir Putin and German Chancellor Gerhard Schröder. The signing ceremony had been moved forward because of looming German parliamentary elections on September 18, which Schröder lost. Weeks afterwards, Schröder became the well-paid chairman of the shareholders’ committee of Nord Stream AG, registered in Zug in Switzerland. He still holds this position.

This was an extreme case of conflict of interest, though formally legal. Germany and other Western countries should now move to prohibit any further repeats of such practices. Former top politicians should face restrictions on working for foreign companies in any capacity. No Westerner should be allowed to work for a Russian state company.

Nord Stream never fulfilled any need. The European Union has never imported more than 150 billion cubic meters (bcm) of gas from Russia in a single year, and ample pipeline capacity has long been available to cover existing volumes. The Ukrainian transit pipeline can easily deliver 120 bcm a year, and probably 160 bcm a year, as Ukraine claims. The Yamal pipe through Belarus and Poland has steadily transported 33 bcm annually.

Nobody had any need for Nord Stream 1 or the equally large Nord Stream 2 pipelines. In recent years, Gazprom also added Turkstream to its pipeline portfolio with an additional annual capacity of 31.5 bcm. Overall, Gazprom planned for a doubling of its pipeline capacity to Europe, while at the same time Russian gas exports remained largely stagnant. The true purpose of Russia’s pipeline expansion efforts was to eliminate Ukraine as a transit country and set the stage for a full-scale military invasion, which was hampered by the Kremlin’s reliance on Ukraine’s gas pipeline network.

While Nord Stream 1 was already a strategic blunder from a European point of view, Nord Stream 2 made the problem far worse and implied that up to three-quarters of all Russian gas exports to Europe would pass through the Nord Stream system. In this fashion, the German government undermined Europe’s energy security.

Over the past decade or so, most European countries built LNG terminals to obtain alternative supplies and improve their national energy security, but Germany did not. Instead, Berlin deepened its dependence on Russian gas and increased Putin’s leverage over the EU as a whole.

Germany’s support for Nord Stream 2 was always controversial. On October 28, 2015, Germany’s Vice Chancellor and Minister of Economic Affairs and Energy, Sigmar Gabriel, met with Putin in the Kremlin and praised Nord Stream 2 as being in Germany’s interests while labeling the pipeline “a very interesting project even beyond Germany’s borders.” Gabriel, who belongs to the Social Democratic party along with Schröder and is closely linked to the former German Chancellor, went on to hold many more meetings with Putin promoting Nord Stream 2.

This German policy of strengthening bilateral energy ties with Russia went against Berlin’s longstanding position as a champion of EU interests. Traditionally, Germany had been a key advocate of European solidarity and defender of the former Eastern Bloc EU member states in Central and Eastern Europe. Gabriel effectively disregarded the interests of other EU members in order to forge a close Russian-German alliance that Moscow saw as a tool to use against Europe. He did so after Putin had annexed Crimea and sparked a war in eastern Ukraine. Indeed, the Nord Stream 2 agreement was signed while Germany was engaged in the Minsk mediation process between Russia and Ukraine.

Nord Stream 2 violated the principles of the EU’s 2009 Third Energy Package. It did not involve any unbundling of Gazprom’s various activities. Rather than worrying about these shortcomings, the German government and the companies involved pursued intense lobbying efforts in Brussels. As a result, Germany perverted EU energy and anti-monopoly policies in spite of resistance from most EU members. Today, the whole of the EU is suffering from Germany’s pro-Russian energy policy.

The European Union clearly needs to form an entirely new energy security strategy. It is now obvious that the Russian state and Russian state-owned companies must no longer be allowed to own energy infrastructure or energy companies within the EU. Instead, Brussels must force Gazprom to sell all its pipelines in the EU, as the insightful Baltic states have already done. Likewise, Gazprom must sell its gas storage facilities in the EU or have them nationalized. Similarly, Rosneft should be forced to sell its oil refineries in the EU. The EU should prohibit Gazprom and Rosneft from doing business with European banks to escape their money laundering. The European energy union also needs to be reinforced with more storage, converters, and alternative energy supplies. After years of hybrid energy hostilities against Europe, Putin has now openly declared war. He must be defeated.

Western leaders must clearly signal to the Kremlin that any attempt to stage fake referendums and annex Russian-occupied regions of Ukraine will result in increased sanctions, writes Olga Aivazovska.