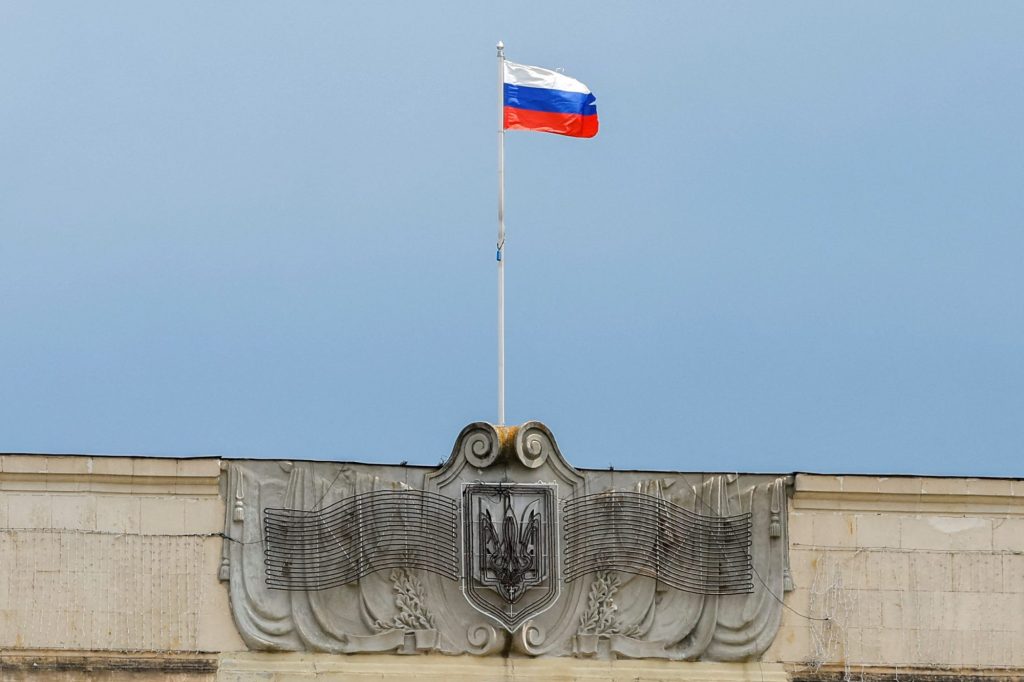 With no end in sight to the Russian invasion of Ukraine, the Kremlin is currently preparing to stage fake referendums in occupied regions of the country as a prelude to annexation. While there is little danger of the international community officially recognizing the results of such obviously rigged and illegitimate ballots, Russia’s referendum plans nevertheless have the potential to significantly escalate the war and must be prevented from proceeding.

At present, Russia appears intent on following the Crimean scenario deployed eight years ago. In February 2014, Russian troops seized control of the Ukrainian peninsula before hurriedly staging a fig leaf referendum in an attempt to justify the region’s fully fledged annexation and incorporation into the Russian Federation.

Given the success of the Crimean takeover, it is easy to understand why the Kremlin sees it as a model worth repeating. When Russia occupied Crimea in 2014, the West offered only a meek response to what was then the most significant violation of European borders since WWII. At the time, international institutions and Western leaders confined themselves to public expressions of concern. Behind the scenes, the Russian annexation was unofficially accepted as irreversible.

Western countries applied weak sanctions against Russia over Crimea while adopting a business as usual approach to relations with the Kremlin. This included the launch of major new joint projects such as the infamous Nord Stream 2 gas pipeline. Failure to hold Russia accountable for the occupation of Crimea and Moscow’s subsequent military intervention in eastern Ukraine paved the way for the full-scale Russian invasion of Ukraine in February 2022.

After failing to capture Kyiv during the initial phase of the current invasion, Russia retreated from northern Ukraine in April 2022 and changed tactics. Instead of installing a puppet regime in the Ukrainian capital, the Kremlin aims to annex the areas of southern and eastern Ukraine under Russian control.

With the Ukrainian military now receiving growing quantities of advanced weapons from the country’s Western partners and successfully eroding Russia’s offensive capabilities, the invasion has largely stalled. As a result, Moscow seems to be in a hurry to cement its gains. Rigged referendums are central to these efforts.

Given the sheer scale of the war crimes being committed by the Russian military in Ukraine, it is easy to be dismissive about the significance of the Kremlin’s plans to hold fake referendums. However, if these stage-managed votes proceed, they will likely lead to even more misery for the millions of Ukrainians currently living under Russian occupation.

In the short term, annexation would allow the Kremlin to militarize occupied areas of Ukraine and use the captive population as cannon fodder in the war against their fellow Ukrainians. Large numbers of the civilian population would be forcibly deported to the most far-flung regions of Russia, while Russians would be encouraged to replace them and settle in Ukraine.

The Kremlin would also exploit rigged referendums to extend its nuclear umbrella to newly annexed regions of Ukraine under the guise of defending Russia’s territorial integrity. Moscow would then use this cynical argument to pressure the West into discouraging President Zelenskyy from undertaking further military action to liberate southern and eastern Ukraine.

In the long term, the annexation of large swathes of Ukraine would create major problems for Russia’s future as a modern state. Any new Russian leader would face the dilemma of either acknowledging the annexations as illegal or continuing Putin’s imperial policies of nineteenth century-style colonization.

Attempts to withdraw from annexed regions of Ukraine would risk large-scale domestic unrest within Russia itself and would open up a Pandora’s box of unwelcome political and economic consequences while also necessitating changes to the Russian Constitution. Alternatively, a continuation of today’s imperialism in Ukraine would condemn Russia to further isolation as an irredeemably authoritarian and revisionist power. The annexation issue would remain an obstacle to any thaw between Moscow and the democratic world.

Faced with fiercer than anticipated military opposition and strong local resistance, Russia has repeatedly postponed plans to stage referendums in occupied Ukraine. However, there is now a growing sense of urgency around preparations. Moscow appears to recognize that it must act decisively to strengthen its grip over the regions it currently controls.

Recent statements from the occupation authorities indicate that the referendums have once again been postponed, but Moscow has not abandoned plans to conduct the votes in the coming months. These rigged Russian referendums are set to be take place in the form of week-long home voting, which will allow for maximum pressure to be applied to individual voters. In other words, captive Ukrainians will be forced to participate at gunpoint.

Any discussion of legitimacy is redundant, of course, but this lack of credibility will not deter the Kremlin. Russia’s own national elections have become increasingly farcical throughout Putin’s 22-year reign, while the so-called referendum organized following the military seizure of Crimea in 2014 was an exercise in impunity.

Ultimately, the only way to defeat Russia is by arming Ukraine. With this in mind, the top priority for the country’s Western partners must be to speed up delivery of military assistance. At the same time, the international community also needs to develop a specific response to Moscow’s referendum plans before these rigged votes can take place.

The United States and European Union should clearly list the consequences Russia would face if it attempts to stage any fake referendums or proceed with annexations of Ukrainian territory. These consequences should focus on expanded economic sanctions and tougher travel restrictions.

Additional measures to further isolate Russia from the international community could include expulsion from the Organization for Security and Cooperation in Europe (OSCE) and recognizing Russia as a state sponsor of terrorism. Any attempt to proceed with the annexation of southern and eastern Ukraine should also trigger a long overdue discussion on Russia’s permanent seat on the UN Security Council.

The speed of events in Ukraine can make it difficult for the international community to keep track, but the referendum and annexation issue has been signposted well in advance by the Kremlin and demands a robust policy response from Western leaders. Preventative steps are vital if we are to avoid further escalation in a conflict that is already the gravest challenge to European security since WWII.

Olga Aivazovska is head of the board at the Civil Network OPORA and co-founder of the International Center for Ukrainian Victory.

Image: A Russian flag flies above the Ukrainian coat of arms on the former regional council building in Russian-occupied Kherson. (REUTERS/Alexander Ermochenko)