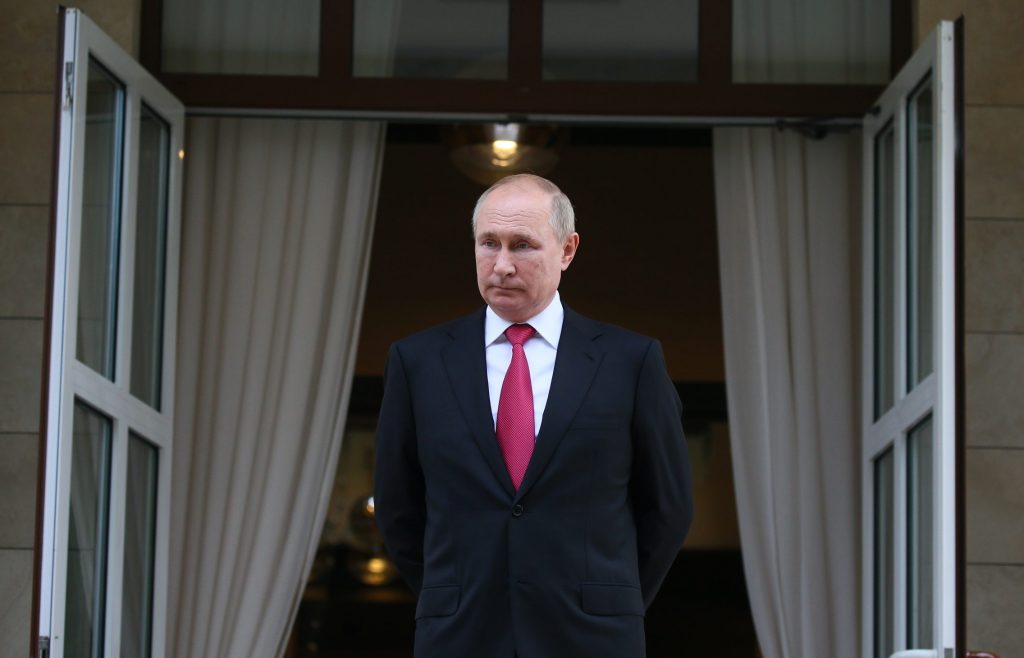 Nord Stream 2 is not yet operational, but the Kremlin’s tightening grip on energy supplies is already being felt across Europe. The price of gas futures continues to hit record highs and has increased by over 600% in a matter of twelve months.

What we are currently witnessing in Europe is a rerun of the oil shocks America experienced in the 1970s. The commodity is different, the safeguards are stronger, but the underlying dynamics are the same. It was not a lack of oil tankers that pushed up prices of crude and triggered an economic recession in the US almost 50 years ago, but politically motivated decisions by the dominant oil producers to withhold supplies.

As Ukraine’s gas transmission operator and a reliable partner for Europe, GTSOU has offered transit capacities at every auction, but Russia has repeatedly failed to book them. On September 15, Gazprom announced that its gas production has increased 19% this year, but Europe has seen no increase in supplies.

To be clear, there is no shortage of transit capacity. While the Kremlin is championing Nord Stream 2 as a solution to Europe’s energy problems, roughly twice as much gas can be shipped from Russia to the EU through Ukraine. Yet Ukraine’s network sits empty while Europe cannot get enough gas.

In 2019, Ukraine signed a five-year contract with Gazprom to transit pre-agreed volumes of gas, with additional capacities offered at monthly auctions. These auctions have recently proved a uniquely effective signaling tool for Russia. Every time Ukraine’s offer of additional transit capacities is snubbed, gas prices rise to new record highs.

In effect, Gazprom is communicating that it will not ship gas to Europe through Ukraine. It then raises the stakes further by depleting storage facilities during the off-season.

Anyone still wondering about the origins of the present European gas crunch should consider the Kremlin’s recent statement confirming that “the commissioning of Nord Stream 2 will balance natural gas price parameters in Europe.” If this is not an effort to blackmail Europe, what is?

The German-American declaration of summer 2021 made it clear that the Transatlantic community will not allow Russia to weaponize energy supplies against Ukraine in particular or Europe as a whole. In an era of hybrid threats, it is important to consider a range of possibilities above and beyond dramatic gas valve shutoffs.

First of all, there should be no exemptions from the third energy package for Nord Stream 2. Any effort to subvert the certification process will be a clear sign of energy weaponization.

Europe’s strength comes from the rule of law. The EU will be best protected if gas market regulations are applied in their totality to all transit routes. EU rules apply to Ukraine and this makes the Ukrainian transit corridor more reliable. The third energy package is Europe’s first line of defense against price manipulation and other abuses. Now is the time to use it.

Secondly, everyone agrees that transit through Ukraine must continue. But now that Turk Stream has come online, a significant portion of gas flows has already been diverted. If another alternative route is available, Gazprom will be free to weaponize supply volatility against Ukraine.

By shipping minimum volumes one day and maximum volumes the next, Russia can make it difficult if not impossible for GTSOU to operate our infrastructure and meet our obligations at Ukraine’s Western border. The existing ship-or-pay agreement will become a significant risk. For the sake of Ukraine and in the interests of regional stability, the Transatlantic community must demand ship-and-pay guarantees.

The booking of transmission capacities across Europe that then remain unused constitutes a further additional threat. Europe’s gas market works well when it is driven by economic interests. No rational trader would be interested in booking transit capacities just to keep pipelines empty. But if a market player is pursuing geopolitical goals, it is possible to create bottlenecks, limit market access, and isolate a country from supply sources.

We must also watch out for mysterious accidents that we know have happened in the past, such as the Turkmen pipeline explosion in 2009 and the 2006 blast in Georgia. Within the current context, any such event would have a dramatic impact on energy prices and could trigger calls for “emergency measures.” For example, this could fuel demands for the rapid certification of Nord Stream 2 or other exemptions that would benefit Gazprom and weaken European energy security.

The weaponization of Nord Stream 2 is no longer a hypothetical scenario; it is an ongoing process that began on the day pipe-laying activity commenced. The situation is now getting progressively worse, but no one can pinpoint a single dramatic event that should trigger decisive countermeasures.

The majority of the EU member states reject Nord Stream 2. A group of the EU lawmakers has recently called on the European Commission to investigate Gazprom for its role in the current gas price surge. These factors, however, are not enough to stop the pressure campaign by Moscow to get the pipeline project over the finish line. A more robust response is urgently needed.

Allowing the completion of Nord Stream 2 was always a terrible idea. Doing so under pressure from the Kremlin would set a dangerous precedent well beyond the realm of energy that Germany and Europe will inevitably come to regret.