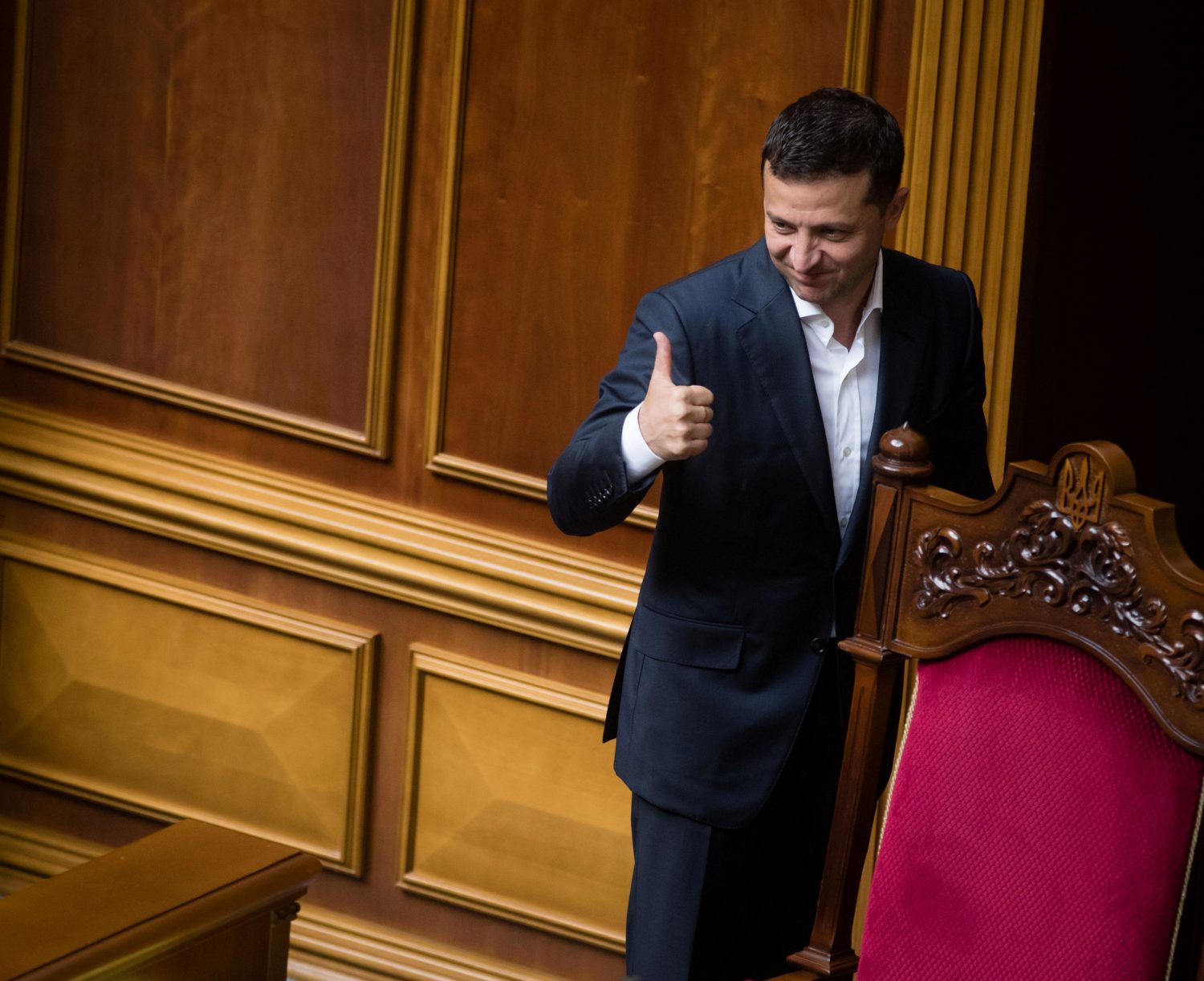 But in October, things began to look up.

The president and prime minister both expressed support for the independence of the National Bank of Ukraine. The courts in London ruled in favor of Ukraine and not Kolomoisky, who is seeking to regain control of PrivatBank, the largest commercial bank in the country. Everyone breathed a sigh of relief. There’s still concern among investors, but the picture looks better.

Ukraine also made real progress on the anti-corruption fight. Corrupt officials who misuse their office for financial gain may finally go to jail. On October 31, parliament passed a law that puts illicit enrichment back into the criminal code. Officials with assets they cannot explain that exceed $250,000 will be liable and face five to ten years in prison if convicted. Those with less than $250,000 in unexplained assets may have their assets seized. The brand new and highly anticipated High Anti-Corruption Court will hear these cases, which is a very good thing. Reestablishing illicit enrichment has been a demand of the International Monetary Fund and this could be a big deal if prosecutors do their job.

The National Agency on the Prevention of Corruption, the zombie body charged with verifying the e-declarations of all officials that failed to punish anyone of significance since it was established in 2015, will be rebooted. Parliament approved a new selection body to choose a new head, and the body includes three international experts plus three well-known anti-corruption activists. Nothing is guaranteed but new leadership at this key institution is vital.

And there’s another hopeful sign that Ukraine’s anti-corruption institutions might finally deliver. The High Anti-Corruption Court delivered its first verdict quickly. In late October, it ruled that Judge Nadia Posunsia had failed to complete the required online income declarations for 2015 and 2016. She was fined and has been banned from participating in public life for a year. Activists say the case was sent to ordinary courts in February 2018 and didn’t make much progress until the High Anti-Corruption Court took it up in September 2019.

The Constitutional Court of Ukraine recently appointed two new judges to its bench in late October. Activists consider only one of the two dubious. As a result of effective activism, civil society managed to block the appointment of a third dishonest judge.

But the fight to bring justice to Ukraine is not entirely rosy. President Volodymyr Zelenskyy just signed his signature judicial reform bill which can be charitably described as lousy. The law does a number of things, including reducing the size of the Supreme Court from 200 to 100 and rebooting some judicial selection bodies. Color me skeptical. The law does not fully reboot the High Council of Justice, which is the body that hires, fires, and disciplines judges. Without reforming this institution and without the strong support of the international community, Ukraine will be stuck with the same old judges and the same old bought and paid for outcomes.

Some activists caution that the bill isn’t perfect and despite its limitations, progress is possible if the international community gets involved. They contend that the High Council of Justice was rebooted after the Maidan without success and that real progress is possible this time. To do so, donors will need to press hard and speak out regularly as new judges and the bodies that select them are cleaned up.

As my colleague Brian Mefford likes to remind, Ukraine is never as good or as bad as it seems. The same could be said about Ukraine’s reforms.

Melinda Haring is the deputy director of the Eurasia Center at the Atlantic Council and a senior fellow at the Foreign Policy Research Institute. She tweets @melindaharing.