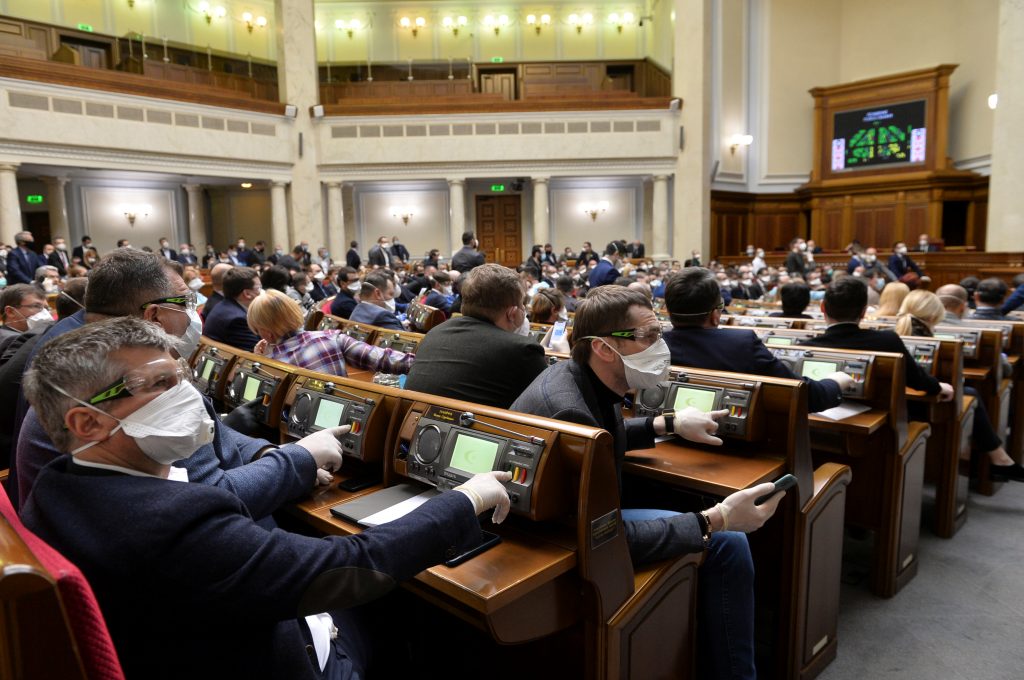 During the thirty-five years I have worked with successive Ukrainian administrations, people have consistently complained about the government being dysfunctional. However, the nature of this dysfunction has varied considerably.

The early years of independence in 1991-94 were the worst. This was a period marked by complete chaos in government with no competence to be found anywhere. Things stabilized under President Leonid Kuchma, Ukraine’s only two-term president, and a certain order was established. Kuchma handled foreign and security policy while setting domestic and economic policy, but the cabinet of ministers was responsible for economic policy-making.

During the Kuchma years, people grumbled that the staffs of the presidential administration and the cabinet of ministers had become too large and duplicated one another. Procedures remained slow and distinctly Soviet in character, but balance and order prevailed. This approach seemed to work. From 2000 until 2007, Ukraine experienced an eight-year period of high economic growth, the only economically successful period in Ukraine’s post-Soviet history.

Following the 2004 Orange Revolution, President Viktor Yushchenko took over from Kuchma amid much optimism. Unfortunately, the following five years bought about administrative chaos, with extreme infighting within government and few actual reforms.

After winning election in 2010, President Viktor Yanukovych and Prime Minister Mykola Azarov ran a tight ship, with decisions taken and executed in a rapid and efficient manner. However, the Yanukovych regime served the interests of a small ruling elite, with little consideration for the wealth or well-being of the nation.

When Yanukovych fled Ukraine in early 2014 during the final days of the Revolution of Dignity, he left the government in a terrible state and virtually defenseless against Russian aggression. President Petro Poroshenko and his two prime ministers Arseniy Yatsenyuk and Volodymyr Groisman succeeded in salvaging the country, though they did not propel it to high growth. Nevertheless, it is worth dwelling on what they did right.

First of all, they opted for talent. Poroshenko and Yatsenyuk utilized head hunters to gather their December 2014 government, which stood out for the high professional and ethical caliber of its members. Unfortunately, the cream of this cabinet was ousted after sixteen months, but a new norm had been established. The Ukrainian government has since selected a large number of top officials through transparent competition.

Second, both the Yatsenyuk and Groisman cabinets functioned well. Policies were prepared by the ministries, as should be the case, and they were discussed by the cabinet of ministers in reasonable order. By and large, the presidential administration stayed out of the process of economic policy-making. One problem, however, was that the prime minister tended to want to delay decisions for one political reason or another.

Third, independent state agencies were created. This occurred under strong outside pressure from international financial institutions, primarily the International Monetary Fund (IMF). The main focus was the establishment of an independent National Bank, which began to take shape as early as 2014. Another important early achievement was the creation of the highly-independent National Anti-Corruption Bureau (NABU).

From 2016, independent supervisory boards were created for a dozen major state-owned companies via a competitive process. At the expense of a few million dollars a year, Ukraine saved billions of dollars by eliminating losses at patently corrupt and inefficient state companies.

Quietly, a major decentralization in government was carried out. This has greatly enhanced the ability of local authorities throughout Ukraine to handle their own matters. Unfortunately, parallel attempts to create an autonomous judicial system largely failed.

Meanwhile, senior government officials and executives at state-owned enterprises began receiving competitive salaries. Prior to this change, high-level state employees typically received official incomes of a few hundred dollars per month while engaging in corrupt schemes or being paid vast sums unofficially by business figures. Raising salaries to the market level was an essential step towards ending the culture of corruption within state organs.

Most of this is now falling apart.

Since taking office in May 2019, President Volodymyr Zelenskyy seems to have embraced the unhelpful notion that he must decide everything himself. He appears to believe that he has to appoint everybody personally and should only choose among people he knows. In any case, nothing happens until the president actually decides, but he then has to get decisions through the Ukrainian parliament, which also listens to other masters, notably the oligarch Ihor Kolomoiskiy.

This is no way to run a big country. After thirty years of underachievement, today’s Ukraine desperately needs good governance in order to reach its considerable unrealized potential.

First of all, the president needs to empower the cabinet of ministers and allow it to take over and coordinate economic policy-making. Instead of seeking to micromanage every aspect of government, the president should concentrate on his constitutional duties, namely foreign and security policy, rule of law, and domestic politics.

The cliquish selection of officials from the small presidential circle of personal friends and colleagues must also end and be replaced by ordinary competitive selection procedures based on competence and good ethics.

Crucially, the president needs to stop undermining independent institutions such as the National Bank of Ukraine. On the contrary, he should enhance their status and integrity.

The Ukrainian state must also recognize the need to pay its top employees well if it wants to have professionally competent and honest officials. If this does not happen, the alternative is all too familiar. Ukraine will be stuck with either incompetent or corrupt officials, as has been the case for much of the country’s independent history.

These steps would allow President Zelenskyy to build on the successes of his predecessors while learning from their many mistakes. It would also bring Ukraine closer to the good governance that has proven so elusive throughout the past three decades of independence. The hallmark of a good president is not that he personally decides everything, but that he steers the country in a sound direction and lays the institutional foundations for a prosperous future.

Anders Åslund is a senior fellow at the Atlantic Council and a member of the supervisory board of Ukrainian railways operator Ukrzalyznitsia.