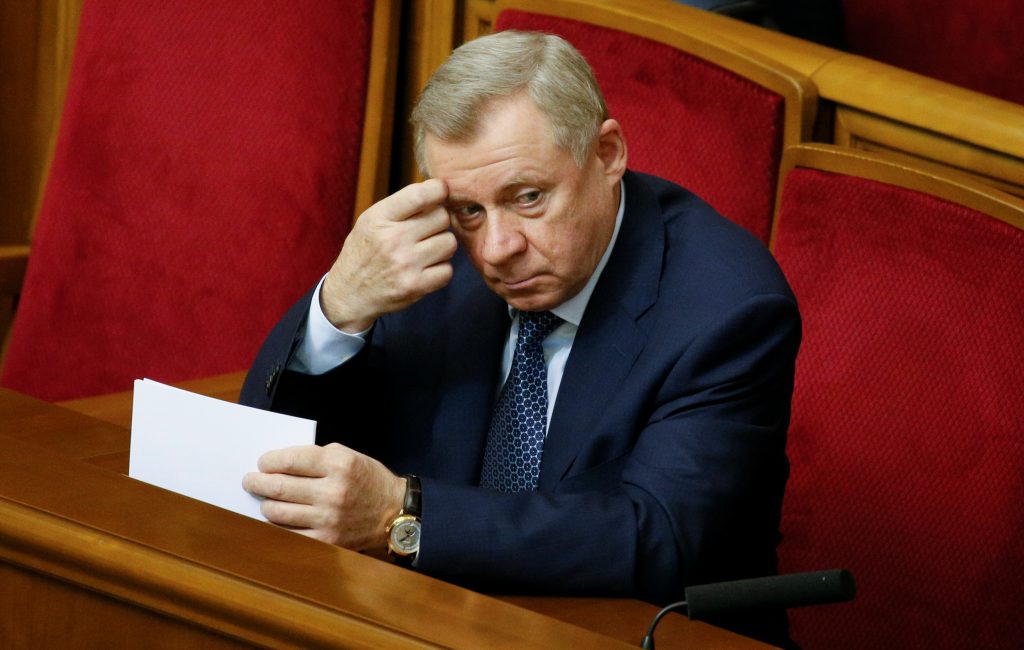 National Bank of Ukraine (NBU) Governor Yakiv Smolii submitted his resignation on July 1 in what was widely seen as a major blow to Ukraine’s reform agenda. In his resignation letter, Smolii cited “systematic political pressure” as the reason behind his departure. The nature of Smolii’s exit raises serious questions over the continued independence of the NBU, which has been credited as a key factor behind Ukraine’s macroeconomic stabilization in recent years. Smolii, who had been at the helm of the NBU since 2017, enjoyed a strong reputation in business and financial circles for his role in taming inflation and ensuring currency stability.

News of Smolii’s resignation sparked alarm in Ukraine and among the country’s international partners. “Under his leadership, Ukraine has made important strides in achieving price stability, amply demonstrating that an independent central bank is a key element of modern macroeconomic policymaking,” said an IMF spokesman in a statement. “That is why the independence of the NBU is at the center of Ukraine’s IMF-supported program, and why it must be maintained under his successor.”

It is feared that the departure of the NBU governor could now derail Ukraine’s recently agreed USD 5 billion deal with the IMF, which was designed to help the Ukrainian economy overcome the shocks of the coronavirus crisis. The initial market reaction to Smolii’s resignation was negative, with the Ukrainian government forced to cancel a planned USD 1.75 billion bond sale and the hryvnia currency falling by over 1% to its lowest level since April.

Ukrainian President Volodymyr Zelenskyy attempted to calm business community nerves in the wake of the resignation. “Ensuring the central bank’s independence remains our priority,” commented the Presidential Office in a statement following news of Smolii’s exit. However, critics see it as the latest in a number of recent personnel and policy changes indicating the Zelenskyy administration’s lack of commitment to the transformational reforms begun in 2014.

What does the resignation of Yakiv Smolii mean for Ukraine’s reform agenda and the country’s future direction?

John Herbst, Director, Eurasia Center, Atlantic Council: The announced resignation of Yakiv Smolii as Governor of the National Bank of Ukraine is the latest in a series of troublesome developments since the firing of reformist PM Oleksiy Honcharuk in March 2020. In explaining his decision, Smolii cited political pressure, and the Ukrainian media has been reporting for months that oligarch Igor Kolomoiskiy has had the NBU leadership in his sights in his Sisyphean battle to regain control of Privatbank, or at least to obtain additional compensation for having lost it. The departure of Smolii is regrettable, and raises more doubts about the reform credentials of President Zelinskyy’s team. The key question now is who takes over and what policies the NBU pursues. The First Deputy Governor Kateryna Rozhkova is a formidable reformer. Does she, or another competent reformer, assume the leadership? That could certainly reassure the Ukrainian business community, international investors, and international financial institutions. But this would only be the case if the new leadership is shielded from the sort of pressure that persuaded Smolii to step down. And it would be disastrous if Smolii, like some other reformers who lost their jobs this spring, suddenly became subject to criminal investigation. President Zelinskyy and his talented team have accomplished some amazing things since taking office. But familiarity with modern economics and finance does not appear to be a strength of his inner circle. Remedying that should be a priority for the young president.

Natalie Jaresko, Former Ukrainian Minister of Finance (2014-2016): Maintaining a strong, experienced, independent, and non-politicized NBU management is critical to the Ukrainian economy, as well as to Ukraine’s business environment and the country’s investment reputation. Ukraine’s well-managed central bank has been one of two key reform centers since 2015, together with the Ministry of Finance. Sound monetary policy and bank regulation, together with sound fiscal policy, have been at the heart of Ukraine’s economic recovery. Losing this would put the low inflation growth the country currently enjoys at risk, and would set Ukraine and the economy back by a number of years.

Melinda Haring, Deputy Director, Eurasia Center, Atlantic Council: With the resignation of the supremely competent governor of the National Bank of Ukraine, the reform project in Ukraine is dead or on serious life support. For months now, the president and his team have sacked outstanding ministers and officials while introducing a host of measures that will set the country back for years to come. I’m not sure that Western opinion will change Zelenskyy’s mind about the direction in which he’s taking the country. He doesn’t trust foreign advice and seems fixated on his dwindling polling numbers, which can only mean one thing. It’s time for ordinary Ukrainians to organize and demand that he put the country back on track. Ukraine’s path forward is obvious: curb the role of the oligarchs and establish the rule of law while keeping the Russians at bay in the east.

Roman Waschuk, Former Canadian Ambassador to Ukraine: Warning shots from G7 Ambassadors; a chorus of Western disapproval; Eurobond issue pulled; glee on the part of Kolomoiskiy and Yanukovych operatives; and lightning-fast implementation of NBU Governor Smoliy’s resignation letter by the often ponderous parliamentary machine. This flurry of events over the past twenty-four hours in Ukraine forms the latest chapter in the demolition derby that has hit the systemic reforms of the Maidan period since President Zelenskyy entered office last year. Healthcare and education were targeted first, with policy-driven Western-oriented ministers and deputies replaced by youngish but reliably malleable post-Soviet “fixers”. With the presidency now apparently a transactional policy-free zone, vested interests are having a field day, including in the financial sector. As foreshadowed in Zelenskyy’s hit TV series “Servant of the People”, we are now witnessing mounting resentment at Western lecturing and financial strictures, which are derided as “external control”. This has culminated in effectively telling the IMF and international investment community to go to hell, after having first pocketed an initial IMF tranche of USD 2.1 billion. This is emotionally gratifying, perhaps, but fraught with macroeconomic peril in a world that is entering what is likely to be a prolonged coronavirus-inspired economic crisis. One year ago at the Toronto Ukraine Reform Conference, we tried to show President Zelenskyy the benefits of maintaining financial stability and an open economy. Unfortunately, between the Ukrainegate impeachment scandal and the pandemic, there hasn’t been much leader-level positive Western engagement (Chancellor Merkel excepted) since then to counter the self-interested populist nativism being peddled to Zelenskyy by his oligarchic whisperers.

Oleksiy Goncharenko, Ukrainian MP, European Solidarity party: Smolii’s resignation is a continuation of President Zelenskyy’s strategy of destroying Ukraine’s independent institutions. Under Zelenskyy, parliament has became a department of the President’s Office; local government is under constant pressure; and efforts continue to take control of the State Bureau of Investigations and National Anti-Corruption Bureau. This is destructive politics. In the case of the National Bank of Ukraine, the outcome could be the loss of macroeconomic stability in the country. Smolii’s departure also illustrates Zelenskyy’s hypocrisy. Just days ago, Ukraine received financial help from the IMF and World Bank. The continued institutional independence of the central bank was a key condition, but this independence is now in ruins.

Andy Hunder, President, American Chamber of Commerce in Ukraine: The resignation of Yakiv Smolii due to political pressure has sent an awful message to the business community. It puts under question the government’s commitments to protecting every investor in Ukraine. It also comes at a bad time with Ukraine looking at an 8.2% GDP decline this year. Ensuring macroeconomic stability, an independent central bank, and continued cooperation with the IMF to speed up Ukraine’s economic growth are the top strategic priorities for AmCham members. A strong and independent central bank is a powerful signal of trust for foreign investors and companies operating on the ground. Yakiv Smolii is hugely respected among the business community. AmCham Ukraine awarded him the 2019 Thanksgiving Choice of the Business Community Award for pursuing a credible monetary policy, continuing the clean-up of the banking sector, defending NBU independence, and contributing to the macroeconomic stability of the country. This macroeconomic stability is now under threat. Some investors have already put new investments on hold, as the decisions of the government do not correspond with their stated intentions to attract FDI. Businesses are now concerned about the future independence of the National Bank of Ukraine and the continuation of the country’s IMF program.

Brian Bonner, Chief Editor, Kyiv Post: It’s a big setback that suggests President Zelenskyy, like his predecessors, doesn’t believe in independent institutions. Instead, he wants loyalists in the top positions. I also fault Yakiv Smolii and the National Bank of Ukraine for not speaking out earlier about threats which they blamed on billionaire oligarch Ihor Kolomoiskiy. For all the credit the central bank has received, the truth is that the banking sector clean-up was messy and remains unfinished. Nobody went to jail and little of the USD 20 billion in lost taxpayer money was recovered. While the NBU doesn’t have law enforcement powers, they had the information on how these schemes worked and they should have publicized this information in greater detail, as well as the names of the deadbeat bank owners who effectively stole from taxpayers through their depositors. There should also have been a public register of large unpaid loans showing who owed what to whom. The public would have been outraged. However, since powerful interests did the alleged stealing, there was no courage to seek justice, as usual.

Peter Dickinson is the Editor of the Atlantic Council’s UkraineAlert blog.

Ukraine’s reform agenda suffered a serious blow on July 1 when Yakiv Smolii, the highly respected governor of the National Bank of Ukraine (NBU), resigned due to what he called “systematic political pressure.”