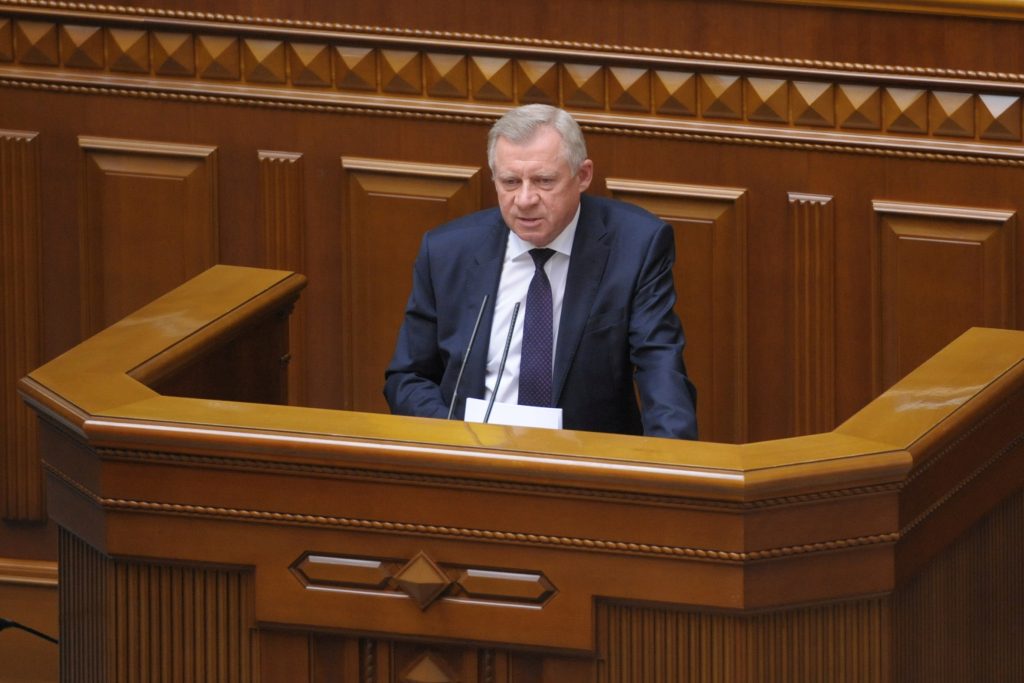 On July 1, Ukraine’s President Volodymyr Zelenskyy met with the then-National Bank of Ukraine (NBU) Governor Yakiv Smolii and asked him to resign. According to Smolii, the president informed him that he had no choice in the matter. The outgoing NBU governor also claimed his resignation was the culmination of a long campaign that had seen Zelenskyy’s team regularly abusing its authority by making demands on the NBU and undermining its institutional independence. This included calls to lower the bank’s policy rate while allowing inflation to rise and the hryvnia currency to weaken.

These allegations tally with Zelenskyy’s public statements. The Ukrainian leader has publicly backed an exchange rate of UAH 30 per one US dollar, around 11% lower than the current rate. Zelenskyy argues that this would be good for exporters and would boost the Ukrainian manufacturing sector. He has had less to say about the fact that a weaker currency would invite a range of undesirable economic outcomes, including a marked reduction in the spending power and international mobility of ordinary Ukrainians.

While Zelenskyy’s approach to monetary policy raises a number of questions, the forced departure of the NBU governor also sets off alarm bells of a more fundamental nature. It suggests an administration with little understanding – or appetite – for the institutional independence that serves as the bedrock of modern democratic systems. In an interview with LB.ua, Smolii spoke in detail about the political pressure that he says made him resign on July 1. “They wanted to discredit the National Bank’s leadership and replace it with people who could be controlled,” he claimed.

This desire to staff key institutions with loyalists is becoming an increasingly prominent feature of the Zelenskyy presidency. Perhaps most notoriously, Zelenskyy appointed childhood friend and close associate Ivan Bakanov as head of Ukraine’s Security Service, the SBU. In a move that many saw as unprecedented, the SBU this week waded into the row over Smolii’s recent departure from the National Bank. After Smolii’s predecessor Valeria Gontareva publicly criticized the move, the SBU published a statement warning against comments that “could harm the country’s national security” or “negatively affect the situation in the country.”

Given the long-running campaign of intimidation aimed at Gontareva, Smolii, and other NBU officials, such interventions by the country’s security services cannot fail but have a chilling effect on free speech. Inevitably, this has served to fuel growing concerns over the current government’s commitment to core democratic principles.

Zelenskyy’s preference for politically reliable appointees was also evident earlier this year with the removal of his first choice for the crucial role of prosecutor general. Ruslan Ryaboshapka was dismissed by parliament in March 2020, just half a year after taking on the prosecutor general role. According to Ryaboshapka, his greatest mistake was his decision to focus on reforming the prosecution service rather than pursuing politically-motivated cases against former Ukrainian president Petro Poroshenko. In order to secure sufficient parliamentary support for the removal of Ryaboshapka, Zelenskyy’s MPs allied with the pro-Kremlin Opposition Platform – For Life party. Ryaboshapka’s replacement has since proceeded with a large number of cases against Poroshenko.

Uncertainty over Zelenskyy’s attitude towards rule of law and institutional independence does not bode well for Ukraine’s economic prospects. Without rule of law, there can be no property rights. Meanwhile, if the National Bank is not independent, the economy becomes hostage to narrow political interests. In such circumstances, neither domestic nor foreign investors will be interested in Ukraine. The country’s international partners will also have cause to pause before deepening their engagement.

This is nowhere more immediately apparent than in Ukraine’s relationship with the International Monetary Fund (IMF). The IMF has long been vocal in its praise of Ukraine’s national bank and unambiguous in its insistent on the NBU’s continued independence. This stance featured prominently in a statement accompanying news of a new USD 5 billion IMF program for Ukraine in June 2020. “The NBU has skillfully managed monetary policy during a very challenging period. Central Bank independence should be preserved, and monetary and exchange rate policies should continue to provide a stable anchor in the context of the inflation-targeting regime, while allowing orderly exchange rate adjustment and preventing liquidity stress,” read the statement.

Zelenskyy has repeatedly confirmed his support for the independence of the NBU, including in commitments to the IMF. He has continued to do so in recent days amid the fallout from the removal of Smolii, but such claims now suffer from a lack of credibility. Why should anyone take the Ukrainian leader or his word seriously when he has violated the essence of his promises to the IMF within days of receiving an initial tranche worth USD 2.1 billion?

There is currently considerable speculation in Kyiv over the identity of the next NBU governor. Optimists remain hopeful that a sensible appointment could help to mitigate the negative impact of Smolii’s departure. However, regardless of who takes over at the helm of Ukraine’s national bank, they will find themselves operating under a cloud of real or potential political interference. Zelenskyy and his team have discredited themselves by violating the independence of the NBU, and this damage cannot be easily undone.