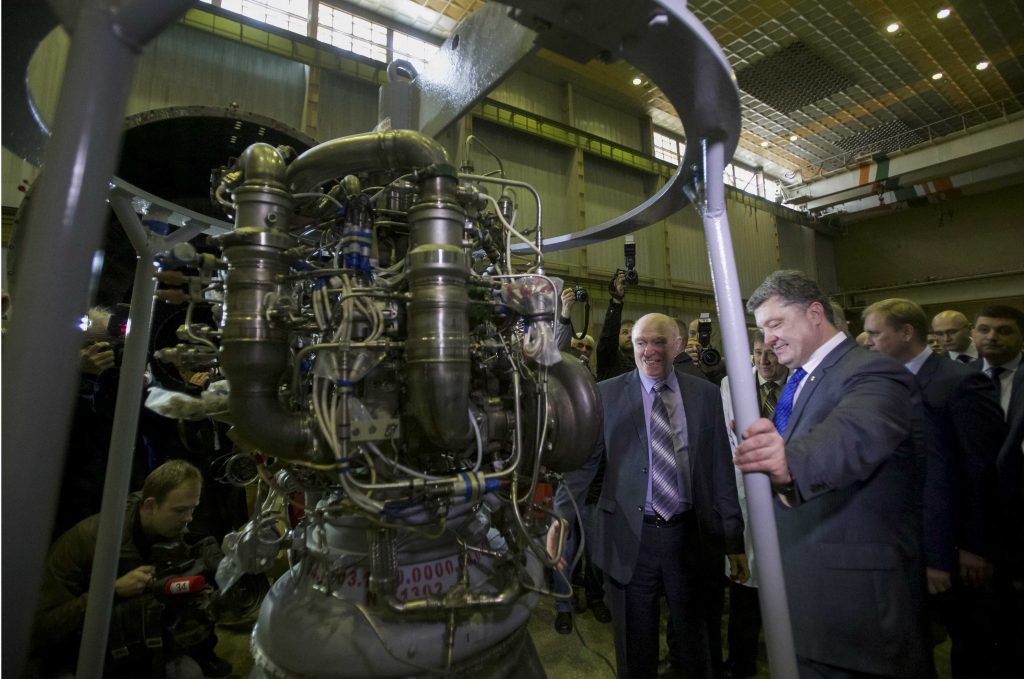 It’s been more than three years since Ukrainians were driven in large measure by the rampant corruption in Ukraine to retake their country. Yet state-owned enterprises (SOEs)—the organs of systemic corruption and deterrence for western investment—remain in the hands of the same elites who drain these state treasures of their financial and material resources. Even worse, this unwritten system scares away further capital, expertise, and technology required to restart an economy which is moving away from Russia. At the same time, the Ukrainian economy is starved for capital and the GDP growth required to support its population.

Privatizing Ukraine’s state enterprises would send a powerful signal to corrupt elites and foreign investors. So far, major privatizations haven been too difficult both technically and politically. The tradeable market value of Ukrainians SOEs in their current state is very low to zero, even if the underlying fundamental value is high. Many of these SOEs are natural monopolies (petroleum, nuclear, railways, postal service) and should be producing attractive cash flow.

It’s time for Ukraine to look to Romania as an example. Romania’s recent history shows how dramatic SOE reform can fix many facets of a broken economy. In our view, and based on our relevant experience in neighboring Romania, Ukraine needs a program to supplement the current privatization effort, a way to rapidly reform other state enterprises which are not ready for stock privatizations. Such a solution would keep the majority ownership of SOEs in the hands of Ukraine’s government, but incentivize these SOEs to adopt corporate governance reform, which will transfer operations and profits from the hands of corrupt elites into a properly functioning and transparent corporate entity. This means more profit and value for the state, combined with better operations for growth and investment at SOEs which dominate Ukraine’s economy. There are at least three indirect benefits: foreign investors will gain confidence that Ukraine is serious about economic development, resulting in billions of capital inflow, Ukraine will gain a strategic tailwind in the fight against corruption by focusing on the entities which are notoriously corrupt and inefficient, and this move will instill greater confidence in the rule of law.

Romania created Fondul Proprietatea (FP), or the Romanian Property Fund, a fund worth more than $3 billion invested entirely in current or former SOEs to compensate victims of illegal communist land seizures. Managed by Franklin Templeton, it has attracted millions of dollars of western investment. The fund owns significant minority shares of valuable Romanian SOEs and has used its position to create greater transparency in these companies and to push the Romanian government to adopt a progressive corporate governance code. In the process, it has built some of the state enterprises into the most valuable companies in Central Europe, which have been listed on both the Bucharest and London exchanges, creating significant returns for the Romanian government and FP shareholders. Perhaps most important, it also trains creaky old post-communist SOEs to become modern twenty-first century companies prime for listing on equity markets.

Ukraine should create a Ukrainian Recovery Fund, similar to FP. Its assets could consist of shares in some of the existing Ukrainian SOEs and be subject to a new corporate governance code and managed, like FP, by a reputable financial manager selected pursuant to a transparent request for proposal process. The fund would bring maximum return for Ukraine by readying its SOEs for IPOs. This will take years, but by creating a pipeline of IPOs, it will attract outside western investors and professional managers. These inherently valuable assets can deliver real value to Ukraine by building a free and transparent market system that can fight corruption in a system that is not dependent on the whims of those in power. It would be driven by the economic incentives of equity markets, not the indulgence of any particular oligarch.

Ukraine also has much to learn from Romania’s anticorruption program, which is probably the most successful in the region. The anticorruption prosecutor brought over 1,200 indictments last year and won over 800 convictions at all levels of government. The anticorruption prosecutor has been consulting with the Ukrainian government. But prosecutions must be supplemented with programs which prevent corruption and redirect efforts that incentivize growth and investment. SOE reform can fight corruption, create value and cash flow to government budgets, attract western capital, enforce the rule of law, optimize future legislation, rebuild a pension system, create a local capital market, reverse corrupt political incentives, and provide confidence to entrepreneurs and the private sector.

Last month, Congress approved sanctions legislation that may be a vehicle for a feasibility study. Section 257 directs the State Department to develop a Ukrainian Energy Security plan, including privatization of SOEs. This could be a part of that plan or the State Department and USAID working with multilateral lending organizations could fund such a study. Such a study is urgently needed and would explore not just the feasibility of the idea but the Ukrainian laws that would have to be amended, how the fund would be structured, which SOEs would be placed in the fund, and what corporate governance and other transparency rules ought to apply.

Reforming the old communist command and control economy is very difficult, especially in the shadow of Russia. But it must be undertaken with all deliberate speed. This is a tried and tested next step.

Mark Gitenstein is on the board of Fondul Proprietatea and special counsel at Mayer Brown LLP. He served as US Ambassador to Romania from 2009-12. His views are his own. Jacques Tohme is the managing partner of the resources investment firm Amerocap LLC, which has offices in Romania.