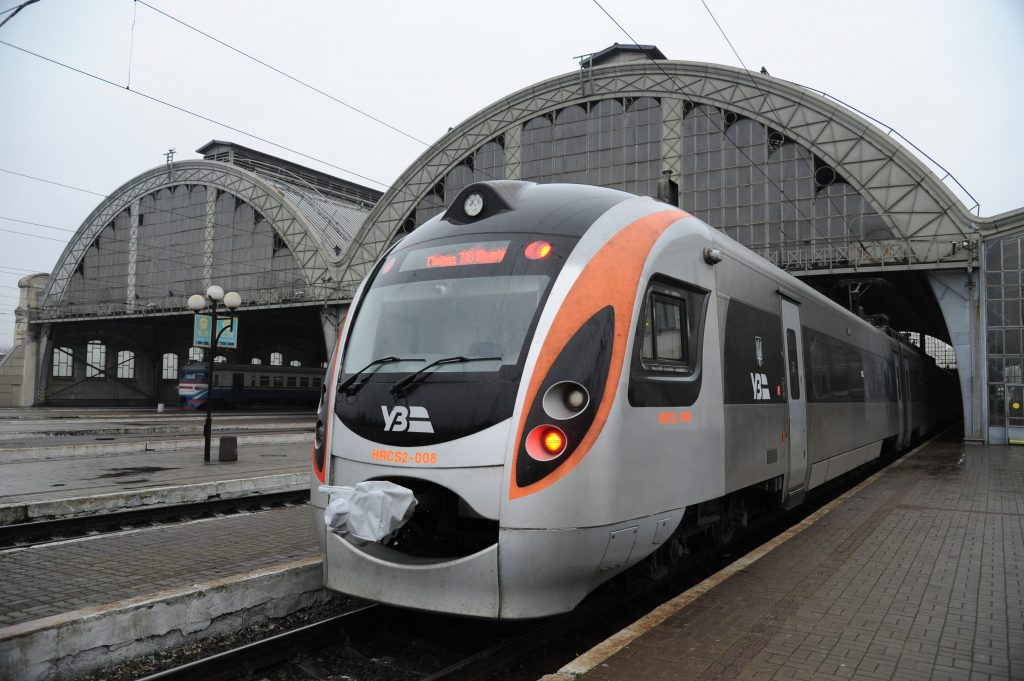 Ukrainian Railways, or Ukrzaliznytsia (UZ), is perhaps the most complicated state-owned company in Ukraine. Thirty years since the collapse of the USSR, it also remains in many ways the country’s most characteristically Soviet enterprise.

UZ suffers from under-investment and over-staffing. Over the past decade, it has lost one-third of its cargo traffic for reasons not dependent on UZ.

Firstly, this is due to Russian measures that have resulted in a 75% decline in transit shipments and a substantial fall in overall revenues. Secondly, Ukraine’s resource-based industry has been declining for many years. For example, between 2011 and 2020, coal shipments dropped by 60%.

UZ’s financial performance remains weak, despite the fact that the rail operator has adopted numerous measures to reverse negative trends. All too often, UZ finds itself in a catch-22 situation, where the company lacks the funds to make the improvements necessary in order to increase revenues.

Whenever you restructure an old Soviet enterprise, the first task is to transform the organization. In June 2018, UZ established an independent supervisory board, which in turn selected a new management board. Unfortunately, since then, we have experienced more turnover than desired in the composition of the management board.

Currently, UZ is undergoing an organizational transformation from a ministerial structure to a holding company with separate subsidiaries responsible for cargo transportation, passenger transportation, infrastructure, and maintenance. This transformation should allow UZ to improve decision-making, controls, and data quality. It will also enable UZ to prepare the railway for market liberalization, which is planned in the next few years.

The most obvious problem facing UZ on the cost side is the issue of over-staffing. UZ has 250,000 employees, while a modern railroad of this size could probably manage with around 120,000 employees. Personnel costs amounted to 56% of total operating expenses in 2020. To put this into context, the figure for most other European railway companies is generally around 35-40%.

At the same time, average salaries at UZ are not high, with typical employees earning about USD 420 per month before tax, while the average salary in Ukraine is around USD 450 before tax. With this in mind, efforts to reduce the number of staff continue. This year, UZ administrative staff will be reduced by 30%.

Cutting back on the wage bill is not as straightforward as it might at first appear. Most planned personnel reductions require some investment into automation. However, in recent years, UZ has found itself forced to cut its relatively modest planned annual capital expenditures by about half due to lack of funds.

This cost-cutting directly impacts the way the company works. If you visit a UZ repair shop, you will be struck by two observations: How poor the technical equipment is, and how skillful the craftsmen who work there are. Short on spare parts because of a budget dearth, these craftsmen are forced to improvise.

The Ukrainian public tends to judge the country’s railway service based almost exclusively on how passengers are treated. Each press conference about UZ focuses on passenger transportation, but to UZ, this segment of the business represents just one-tenth of revenues. Meanwhile, only around one-third of passenger transportation costs are actually covered by revenues generated from ticket sales.

In 2019, UZ suffered a net loss from passenger operations of close to USD 500 million. Ukraine needs to adopt the European practice and start subsidizing passenger transportation from the state budget. This will enable the liberalization of the market and make it possible for private service providers to compete with UZ.

Eight-five percent of UZ revenues come from the shipment of cargo, but current cargo tariffs are unfair in two ways. Firstly, they have to finance loss-making passenger operations. They also have to fully fund railway infrastructure with no government support. Indirectly, they also partly fund roads and motorways (through excise tax paid by UZ). This results in higher cargo tariffs.

Secondly, cargo tariffs are arbitrary and are still often based on old Soviet tariffs. Some are too high and others are too low for no apparent reason. For example, grain shippers pay 40% higher tariffs than shippers of iron ore. Reforming tariff-setting practices must be a priority.

Most governments regularly undertake major investment in infrastructure, but the Ukrainian government has overlooked the country’s rail infrastructure for years. Even so, they charge about one quarter of UZ’s annual revenues in taxes, although the company barely breaks even.

UZ on its own will continue trimming non-core assets, improving labor productivity, and taking measures to boost operating efficiency. However, in order for Ukraine’s railway service to modernize, or even to survive in the long-term, the government needs to help reform UZ by changing tariffs, funding loss-making passenger operations, and cutting taxes. Only then will UZ be able to invest serious money in better railway infrastructure, automation, better rolling stock, and better locomotives.

Adomas Audickas is a member of the supervisory board of UZ.

Image: An intercity service prepares to depart Lviv for Kyiv in December 2020. (Photo by Mykola Tys/SOPA Images/Sipa USA via REUTERS)