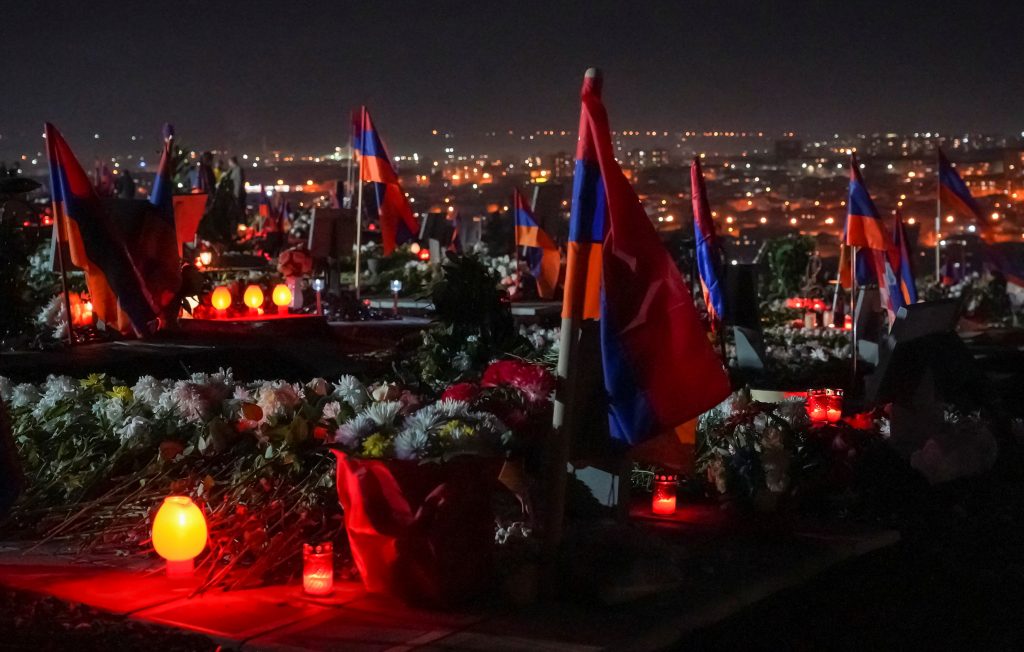 As the South Caucasus looks to move on following last year’s Nagorno-Karabakh War, shared infrastructure projects could help foster greater regional stability and improve the chances for a sustainable peace. In particular, Armenia could benefit from participation in the ambitious Middle Corridor international railway infrastructure initiative, which envisages a transit route stretching from China to Europe via Turkey.

The almost 9,000 kilometer proposed route of the Middle Corridor includes stretches in Turkey, Georgia, Azerbaijan, and Kazakhstan. Turkish President Recep Tayyip Erdogan is hoping to convince Beijing that the corridor can serve as one of the main routes for China’s One Belt, One Road drive. This would strengthen the Turkish position as a regional energy, trade, and economic hub while deepening the country’s ties with the South Caucasus and Central Asia regions, which Ankara regards as areas of vital national interest.

According to Turkish officials, as well as potentially helping to establish Turkey as one of the world’s top ten economies, the Middle Corridor initiative could also significantly reduce transit time between China and European markets. The corridor offers the possibility of a 12-day freight time frame. This compares favorably to the 20-day travel time via Russia or more than 30 days via existing maritime options. The Middle Corridor would also benefit from modern infrastructure and relatively favorable terrain.

Turkey argues that the route has significant geopolitical advantages over alternative corridors passing through Russia and Iran, which both currently have tense relations with the Western world. Concerns exist that a future worsening of these ties could have a negative impact on the transit of freight through either country to the West. Erdogan also sees the Middle Corridor initiative as a way of promoting the delivery of Central Asian gas to Turkey and Europe.

Given the importance of the Middle Corridor initiative for Turkey, it is no surprise that Erdogan is interested in establishing a lasting peace in the South Caucasus region following the 2020 Nagorno-Karabakh War. This is vital for his ongoing efforts to persuade the Chinese that the South Caucasus is the most profitable transit route to Europe.

In order to strengthen his argument, Erdogan is reportedly now trying to initiate a new branch of the Middile Corridor in the South Caucasus. In addition to the envisaged Georgian Corridor, the Turkish leader seeks to add an alternative Armenian Corridor (Syunik Corridor), which would have transport and energy components. During a recent visit to Azerbaijan, Erdogan spoke about the need to create a Six-Country Regional Cooperation Platform featuring Armenia, Iran, Georgia, Turkey, Russia, and Azerbaijan. He also noted that tensions between Georgia and Russia are problematic.

The Turkish leader appears to be concerned over the potential for a serious crisis in Georgian-Russian relations and the threat this would pose to existing oil, gas, and rail infrastructure running through Georgia. This is one of the reasons why there is now active discussion over the need for an additional Armenian Corridor.

It is preferable for Turkey that any future railway and gas pipeline from China and Central Asia pass through south Armenia rather than the north of the country, despite the fact that the southern route is longer. This would help to integrate Azerbaijan’s isolated Nakhchivan Autonomous Republic into the infrastructure of the wider region, while also not requiring the full normalization of Armenian-Turkish relations.

Armenian involvement in the Middle Corridor initiative would strengthen Turkish claims that the South Caucasus region is a reliable transit route. Prior to the 2020 Nagorno-Karabakh War, Turkey had struggled to overcome Chinese concerns regarding the possibility of a fresh conflict in the South Caucasus. The post-war environment now creates opportunities to develop the Middle Corridor with renewed vigor.

Turkey’s geopolitical interest in the stability of the South Caucasus represents a trump card for Armenia as the country seeks stability and security after war. It creates the basis for pragmatic dialog with Turkey towards mutually benefitial cooperation.

The potential advantages for Armenia of participation in the Middle Corridor are considerable. It would generate welcome additional revenues for the country while also creating trade opportunities and helping with the diversification of energy supplies. Crucially, the corridor would also increase Armenia’s regional and geopolitical role while dramatically boosting interdependence between the countries of the region, thereby decreasing the likelihood of a return to open conflict.

This makes it hard to argue with recent Turkish statements that Armenia and the Armenian people will have the most to benefit from deeper international cooperation in the South Caucasus. International infrastructure initiatives such as the Middle Corridor and Persian Gulf–Black Sea International Transport and Transit Corridor offer Armenia a viable route towards greater security and prosperity.

Ani Yeghiazaryan is a doctoral candidate at the Friedrich-Schiller University in Jena, Germany.

Image: Yerablur Military Pantheon cemetery in Yerevan on the eve of a day of Armenian national mourning to commemorate those killed in the Nagorno-Karabakh War. December 18, 2020. (REUTERS/Artem Mikryukov)