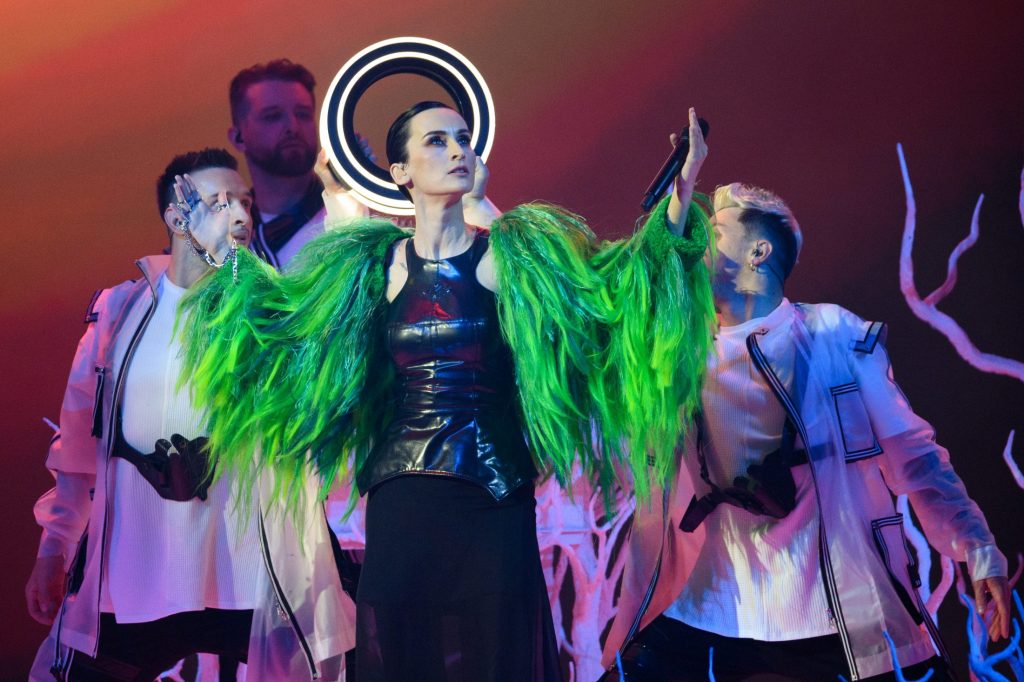 What is Ukraine most commonly associated with? Throughout the past three decades of Ukrainian statehood, the answers to this question have often been depressingly bleak, ranging from the Chornobyl nuclear disaster to poverty, corruption, and war. These negative stereotypes have created additional hurdles for the country as it seeks to shake off the legacy of centuries spent under foreign rule and establish an independent international identity of its own.

It has not been all bad, of course. Sports stars such as football legend Andriy Shevchenko and the Klitschko boxing brothers have introduced global audiences to Ukrainian excellence, while the country’s increasingly world-class tech sector continues to challenge notions of post-Soviet stagnation.

In recent years, a new generation of Ukrainian fashion designers has joined the country’s expanding list of unofficial ambassadors, while a handful of Ukrainian authors have also built up significant international followings. However, no single event has done as much to promote Brand Ukraine or showcase the country’s creativity as the Eurovision Song Contest.

The 2021 Eurovision Song Contest, which took place in Rotterdam in mid-May, was a case in point. While many nations favored slick and indistinguishable pop presentations performed in bland Euro-English, Ukraine opted for an intense and infectious Ukrainian-language techno anthem that borrowed heavily from ancient Ukrainian folklore traditions. The song, performed by Ukrainian electro-folk band Go_A, proved a viral hit on social media and qualified for the contest final comfortably, where it was soon being talked about as one of the favorites.

Thanks to the convoluted nature of the Eurovision scoring system, Ukraine’s ambitious entry only managed to secure fifth place in the 26-nation final. However, it was the number two song among voting TV audiences across Europe, and was widely acknowledged as one of the most memorable Eurovision entries in recent memory.

The story did not end in Rotterdam. In the week following the song contest, Go_A’s track surged to top spot in the global Viral 50 chart of the world’s largest music streaming service, Spotify, and also featured prominently on the iTunes and Apple Music platforms. In early June, it became the first Ukrainian-language song to enter the authoritative weekly Billboard Global 200 chart compiled by Billboard magazine. Meanwhile, videos of the song have clocked up tens of millions of views on YouTube and counting. In other words, Eurovision has succeeded in introducing a vast global audience to a uniquely Ukrainian sound.

This year’s song contest success is nothing new. Indeed, Ukraine has made a habit of excelling at Eurovision, and has frequently done so while demonstrating a flair and originality that is entirely at odds with the country’s somewhat dour and dreary international image.

Many of the most memorable moments in Ukraine’s long love affair with the Eurovision Song Contest mirror the country’s broader emergence from the Soviet shadows. During the economically grim 1990s, cash-strapped Ukraine did not participate in Eurovision at all. The country eventually made its debut in 2003. Within a year, Ukraine struck gold.

It is difficult to overestimate the impact of Ukrainian singer Ruslana’s 2004 Eurovision Song Contest victory. Her winning folk-inspired “Wild Dances” track went on to be a hit in countries across Europe, but it was in Ukraine itself that it resonated loudest.

As one of independent Ukraine’s first major international successes, Ruslana’s Eurovision win was a source of enormous pride across the country. Some have even suggested that it played a role in consolidating the growing mood of national self-confidence that would go on to fuel the Orange Revolution, which erupted just six months later. Predictably, Ruslana made numerous appearances on Maidan during the revolution and was one of the most prominent Ukrainian celebrities to back the pro-democracy uprising.

Ukraine’s second Eurovision victory came 12 years later in very different circumstances, but was to prove equally historic. With the country then entering into the third year of an undeclared war against Putin’s Russia, Crimean Tatar diva Jamala took the Eurovision title in May 2016 thanks to her haunting ballad “1944,” which told the story of the WWII-era Soviet deportation of the Crimean Tatars.

Jamala’s win sparked considerable controversy. While the song itself was undeniably excellent, critics claimed it was too overtly political and risked undermining the lighthearted nature of the song contest. Despite these grumblings, “1944” was to prove a major soft power triumph for Ukraine. The song drew renewed international attention to the plight of Crimean Tatars living under Russian occupation in Crimea. It also raised awareness about Soviet crimes against humanity, while undermining Moscow’s attempts to falsely claim that Crimea had “always been Russian.”

In addition to the country’s two Eurovision wins, Ukraine has also claimed two silvers and one bronze. The most memorable of these runner-up entries was undoubtedly Ukrainian comedy drag act Verka Serduchka’s delightfully bonkers hit “Dancing Lasha Tumbai,” which took second place in 2007.

Verka’s memorable mishmash of German, English, Ukrainian and Russian lyrics, together with disco ball-inspired headgear and tongue-in-cheek delivery, made for the quintessential Eurovision song and guaranteed the Ukrainian performer a prominent place in the contest’s hall of fame. The UK’s Guardian newspaper declared it “the best song never to win Eurovision.” Fourteen years on, fans of Eurovision still copy Verka’s iconic outfit during fancy dress parties to mark the annual song contest.

Verka’s appearance also produced one of the most unlikely and memorable political spats in Eurovision history, when Russian sources protested that the Ukrainian entry included the lyrics “Russia, goodbye.” The man behind the Verka persona, Andriy Danylko, responded by stating that the lyrics in question were actually “lasha tumbai.” This, he claimed somewhat unconvincingly, was a Mongolian phrase meaning “whipped cream.”

As well as providing a global stage for Ukrainian talent, the Eurovision Song Contest has also helped introduce Ukraine itself to the outside world. Thanks to the country’s 2004 and 2016 song contest wins, Kyiv has twice served as the host city for Eurovision. On both occasions, thousands of fans and journalists have flocked to the Ukrainian capital and been pleasantly surprised by the blossoming beauty that is Kyiv in May. During the course of these two events, Ukraine probably received more positive coverage in the international media than at any other time since the dawn of independence in 1991.

There is, of course, something faintly ridiculous about taking Eurovision seriously. But at the same time, there is no denying the positive impact this kitschiest of contests has had on Ukraine’s international profile. This year’s Eurovision Song Contest attracted an international TV audience of 183 million, cementing its status as the world’s biggest live music event. For a country that is still struggling to assert an independent identity on the international stage, such exposure is quite literally priceless.