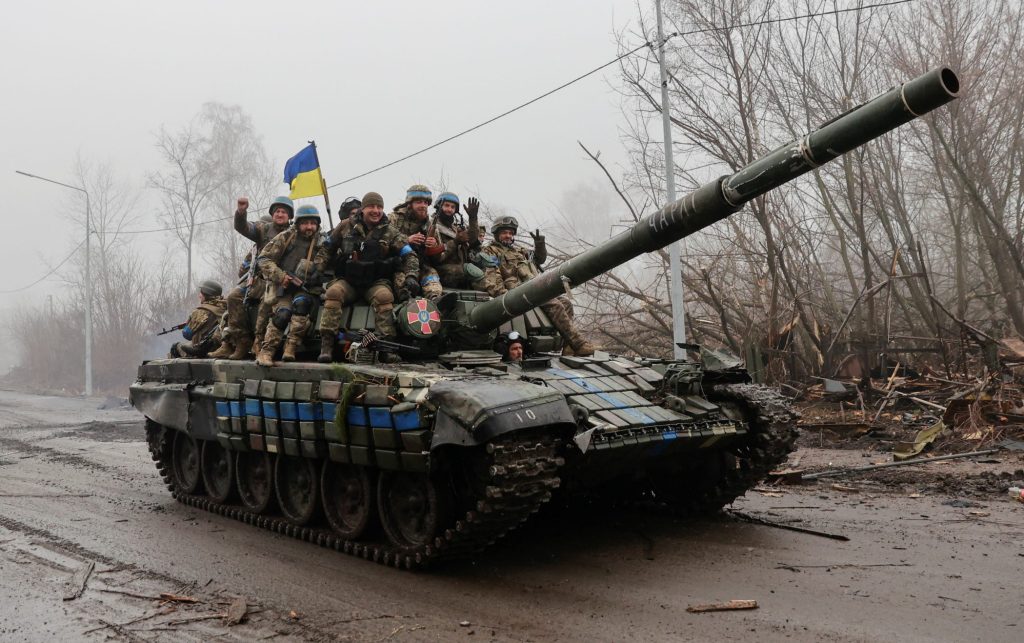 On April 7, the US Senate unanimously passed the “Ukraine Democracy Defense Lend-Lease Act of 2022,” a revival of FDR’s Lend-Lease policy enacted in March 1941 which helped win the Second World War.

This new Lend-Lease arrangement has not yet passed the US House of Representatives, which has adjourned for a two-week break. If confirmed, it will complement previous Congressional support for Ukraine, which has already seen USD 1.7 billion in military assistance authorized since Russia’s full-scale invasion began on February 24.

The new Lend-Lease bill significantly enhances existing lend-lease authorities available to US President Joe Biden under the Arms Export Control Act, while waiving several current requirements. It should ensure that shipments of urgently-needed weapons systems, ammunition, and military assistance in other forms arrive in Ukrainian hands faster and more seamlessly.

The bill was first conceived in the months prior to the outbreak of hostilities as a measure to deter a renewed Russian onslaught. Since February 24, it has evolved into an initiative to bolster Ukraine’s war-fighting capabilities while ensuring NATO allies also receive the support they need in the new context of a major war in the heart of Europe.

The Lend-Lease bill has been bipartisan from the start. “We introduced this measure in January as part of a broad campaign to deter Russia from making a terrible mistake, which the Kremlin has nevertheless now done. This horrific, unnecessary and unprovoked war against Ukraine has to end, with Ukraine prevailing against Russia’s aggression,” commented Sen. Ben Cardin (D-MD). “Our bipartisan bill streamlines the president’s ability to bolster Ukraine’s defenses, defend innocent civilians, and also to protect our frontline NATO allies who may become targets of a desperate Vladimir Putin.”

The Lend-Lease vote in the Senate happened as the US was authorizing USD 100 million in further defense support for Ukraine. This latest arms package will augment Ukraine’s Javelin anti-armor systems while providing 100 Switchblade drones which will extend the ability of the Ukrainian Armed Forces to hit Russian military targets at greater distance.

The revival of Lend-Lease has enormous historical resonance as the 1941 initiative was a crucial factor enabling Allied victory in World War II. Stalin himself credited Lend-Lease, which benefited Great Britain, France, China and the Soviet Union, with winning the war.

As Stalin’s successor as Soviet leader Nikita Khrushchev wrote, “I would like to recall some remarks Stalin made and repeated several times when we were discussing freely among ourselves. He stated bluntly that if the United States had not helped us, we would not have won the war. If we had had to fight Nazi Germany one on one, we could not have stood up against Germany’s pressure, and we would have lost the war.”

Lend-Lease was not used in the Korean War, where US regular forces fought. It was also never activated in Afghanistan during the 1980s, where the US supported an irregular campaign against the Soviet invasion.

After a pause of more than 75 years, Lend-Lease is now set to be revived to ensure Ukraine repels the largest attack on a European state since 1945. This revival aims to thwart a dictator whose explicit ambition to destroy Ukraine as a state and a nation echoes the criminal goals of Hitler and Stalin.

Other democracies are taking similar approaches to countering the Kremlin. The European Union has committed EUR 1.5 billion in military support since February 24, an unprecedented step for its 27 member states. Meanwhile, Slovakia has sent an S-300 surface-to-air missile system to Ukraine, the first NATO ally to do so. The Czech Republic has delivered T-72 tanks. Even faraway Australia is sending 20 Bushmaster armored vehicles to Ukraine.

These shipments come in the wake of the latest NATO ministerial meeting, where NATO Secretary General Jens Stoltenberg urged allies to provide “both light and heavy weapons” while acknowledging that distinctions between offensive and defensive weapons “don’t actually have any real meaning in the kind of defensive war Ukraine is fighting.”

The original Lend-Lease scheme was devised months before the US entered the Second World War to enable countries under attack from Nazi Germany and Imperial Japan to defend themselves. Today it is being activated to help Ukraine defend itself from Russian attack, as it has every right to do under article 51 of the United Nations Charter, which confirms “the inherent right of individual or collective self-defense if an armed attack occurs against a member of the United Nations.”

Thanks to Congressional support for Lend-Lease and similar steps taken by democracies around the world, Ukraine is set to enjoy potentially unlimited military support from the United States, as well as from dozens of countries committed to defeating Russia.

Roosevelt first referred to the United States as the “Arsenal of Democracy” in a radio broadcast on December 29, 1940, over three months before Lend-Lease became law. Today, the US is resuming this central role, but this time as one of 30 NATO allies and many other partners taking similar steps to ensure Ukraine fights on to victory.

Lend-Lease is a potential game-changer for the war in Ukraine. If confirmed in the coming weeks as expected, it should cheer Ukraine’s defenders as they prepare to wage new battles against a formidable but increasingly vulnerable adversary.

Chris Alexander is a distinguished fellow of the Canadian International Council and the Macdonald-Laurier Institute. He was formerly Canada’s deputy head of mission in Moscow, parliamentary secretary for national defence, and minister of citizenship and immigration.

Western leaders must urgently rethink their cautious attitude towards arming Ukraine and provide the country with the offensive weapons it needs in order to defeat Putin on the battlefield, argues Oleksandr Danylyuk.