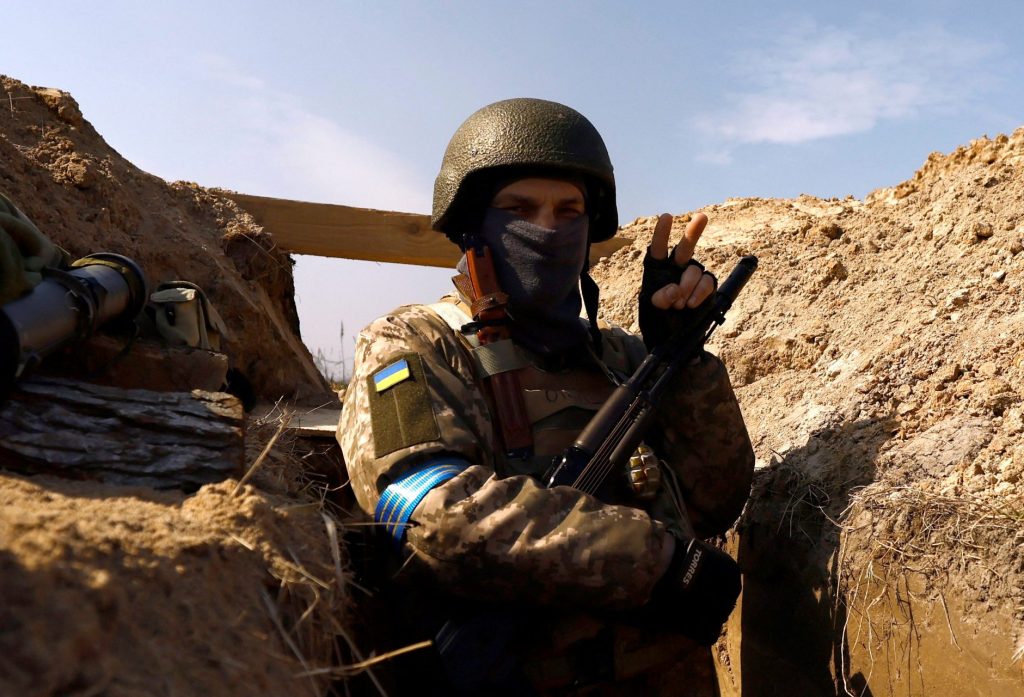 Imagine for a moment that you are a gladiator in the middle of the Colosseum in Rome. Facing you is an opponent more than twice your size and armed to the teeth. Somehow, you manage to wound him with your small knife. The crowd roars its approval and signals encouragement. Some call for you to receive better weapons in order to make it a fair fight, but others are hesitant. “Not so fast,” they say. “Let’s not spoil the show.”

This is how many people in Ukraine feel right now. We desperately need more weapons in order to stop the Russian invasion of our country and win the war unleashed by Vladimir Putin on February 24. But while there appears to be an overall consensus among Western leaders over the need to provide Ukraine with military support, we are receiving almost the bare minimum. Current weapons supplies seem intended to maintain Ukraine’s resistance while not scaring Putin into retreating from the trap he has marched into.

The present pace of international arms deliveries to Ukraine creates the impression that the West is seeking to manage the conflict. For Ukrainians who are witnessing death and destruction on a daily basis, it is difficult to come to terms with the idea that those looking in from the outside may be attempting to somehow “manage” our suffering in this way.

We recognize that cynical calculations are an inevitable part of any war, of course. However, the sheer scale of the human costs in Ukraine coupled with the potentially disastrous geopolitical consequences of a Russian victory should be enough to cause a dramatic rethink of Western policy.

From the very beginning of the war, Ukrainians have never called on the West to send soldiers to defend their country. We have enough defenders of our own. Many Ukrainians have asked Western leaders to impose a No-Fly Zone, but we can also prevail without this if necessary.

Every item on this wish list is in increasingly short supply due to targeted Russian attacks and the depletion of reserves through daily combat. The rapid supply of these materials to Ukraine is a matter of life and death that could well decide the outcome of the entire war.

It is also vital to stress that quality is just as important as quantity. In order to achieve a decisive military victory over Russia, Ukraine must have access to weaponry that is at least comparable to the technologies used by the enemy.

The current Western strategy seems designed to exhaust Russia without provoking a large-scale regional war. Ukraine’s role in this strategy is to weaken Russia militarily while establishing a basis for debilitating long-term international sanctions.

The carefully calibrated military support being offered to Ukraine could set the stage for a negotiated settlement that would allow Putin to claim a face-saving victory without enabling Russia to completely overrun Ukraine. Economic sanctions would then be expected to gradually undermine and ultimately topple the Putin regime.

This cautious approach is based on exaggerated fears over the possibility of somehow provoking Putin. Would increased arms supplies to Ukraine lead to a Russian attack on NATO? Of course not. Russia is already struggling to deal with Ukraine militarily. The Kremlin is in no position to start a new war against the most powerful military alliance the world has ever seen. In reality, the most provocative thing the West can do at this stage is to demonstrate a readiness to take Russia’s empty threats seriously.

By restricting the supply of weapons to Ukraine, the West is also handing the initiative to Russia. This is a dangerous game. Any potential miscalculations are likely to involve huge costs. While the Ukrainian military has performed admirably and the Ukrainian people have put up incredible resistance during the first five weeks of the war, Russia could still theoretically achieve a breakthrough in a rapid fashion. If this worst-case scenario came to pass, last-minute Western efforts to rush powerful weapons to Ukraine might be too late.

What would happen next? Victory in Ukraine would likely increase Russia’s appetite for further offensives while also convincing Moscow that the West is spineless. Moldova, the Baltic States and Poland would all be at risk of Russian aggression. Would NATO leaders really prefer to invite the prospect of a direct confrontation with the Kremlin rather than supporting Ukraine in what remains a winnable war?

Western policy towards the war in Ukraine needs to shift from the limited goal of containment towards actually defeating Putin. This should involve a dramatic and immediate increase in the delivery of both defensive and offensive weapons.

In the final analysis, a decisive Russian defeat in Ukraine is the only way to remove the threat of further military escalations on NATO’s eastern flank. Ukrainians are ready to play their part and are confident of securing victory. All we ask from our partners is that they give us the tools to finish the job.

Oleksandr Danylyuk is the former Finance Minister of Ukraine (2016-2018) and Secretary of Ukraine’s National Security and Defense Council (2019).