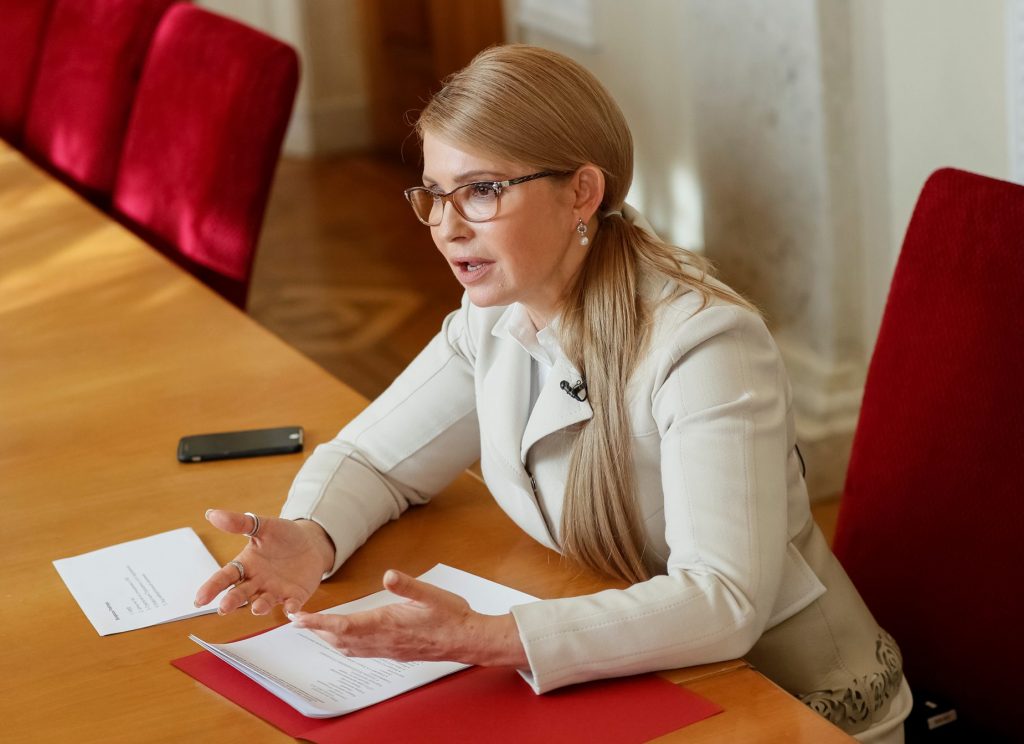 Yulia Tymoshenko is leader of the Batkivshchyna Party and former prime minister of Ukraine. (REUTERS/Gleb Garanich)

I would like to address the false and outrageous comments featured in the recent article entitled “Naftogaz reforms in danger” published on December 1, 2020 by the Atlantic Council’s UkraineAlert Service.

In the article, Naftogaz CEO Andriy Kobolyev states that Yulia Tymoshenko opposes the unbundling process and calls her a “Kremlin proxy.”

This is totally untrue and nonsense.

Yulia Tymoshenko has always fought for the interests of Ukraine and its people. She has never been anyone’s proxy, especially not the country that has been at war with Ukraine for more than six years already.

I would like to remind you and Mr. Kobolyev that the pro-Russian regime that was in power in Ukraine during 2010-2014 sentenced Yulia Tymoshenko to seven years in prison in a prosecution that was recognized by the European Court of Human Rights and the whole democratic world, including the US government, as politically motivated.

During the politically motivated trial against Yulia Tymoshenko in 2011, Mr. Kobolyev testified. While in court, he confirmed that the gas contracts signed by Yulia Tymoshenko in 2009 included a mechanism for their revision (regarding the price of gas). He testified that they protected Ukraine and gave the country an opportunity to defend its interests in the Arbitration Institute of the Stockholm Chamber of Commerce. Mr. Kobolyev also swore under oath in court that the contract did not provide for a purchase price of USD 450 for Russian gas. All of the above is reflected in the official transcript of the court hearing.

Indeed, Yulia Tymoshenko and other members of the Ukrainian parliament have appealed to the Constitutional Court regarding unbundling. They have asked the Court to offer its conclusions on the constitutionality of some articles of the regulatory legal acts to which Law of Ukraine “On amendments to some legislative acts of Ukraine due to unbundling activity of national gas transportation” № 264-IX of 31.10.2019 makes changes.

Yulia Tymoshenko is not against the unbundling of Naftogaz. However, she warns against the unconstitutionality of some provisions of the existing law, the aim of which is to remove the Cabinet of Ministers of Ukraine from managing state property which is used for the transportation or storage of natural gas. Yulia Tymoshenko says this presents a danger to the state of losing control over the gas transportation system of Ukraine.

Ukraine must study the economic foundations of Azerbaijan’s military success

Ukraine must learn from Azerbaijan and look to create a strong economy built on modern technologies and broad international cooperation before seeking to regain Russian-occupied regions of the country.