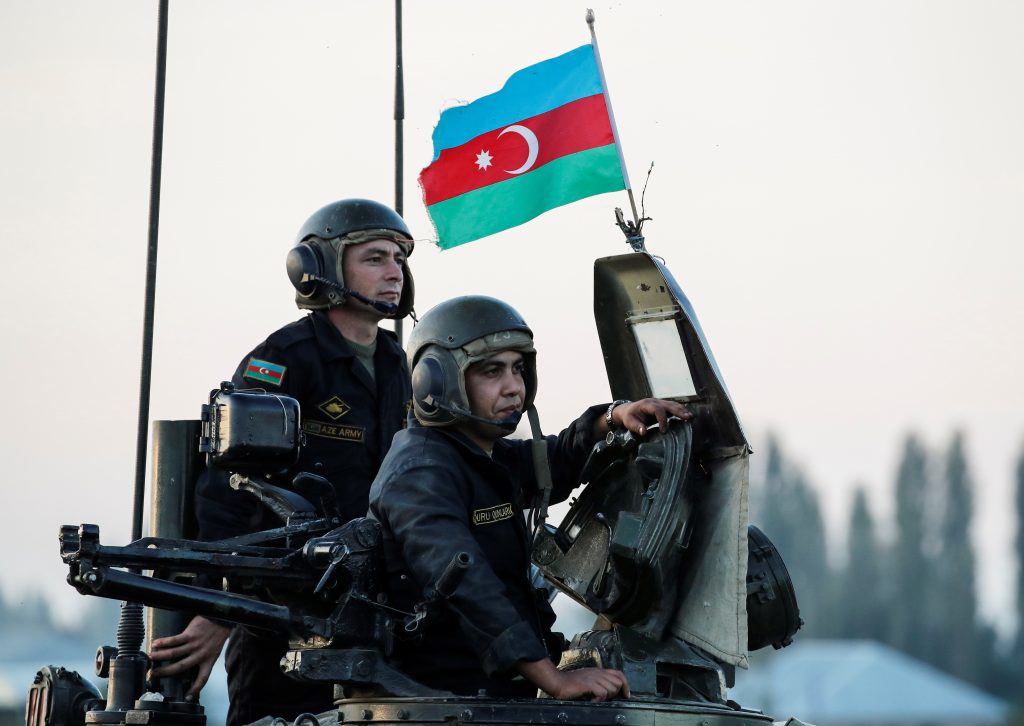 In his recent Atlantic Council article “Ukraine can learn from Azerbaijan’s recent victory,” Taras Kuzio explained why the recent war between Azerbaijan and Armenia in the South Caucasus offered a number of important lessons for Ukrainian policymakers as they seek solutions to the ongoing Russian occupation of the Crimean peninsula and parts of eastern Ukraine.

Kuzio correctly pointed out the failure of Minsk-based peace processes to produce breakthroughs in either Azerbaijan or Ukraine, and noted the striking superiority of twenty-first century military technologies over twentieth century equipment and tactics. Last but not least, he astutely acknowledged that the course and outcome of the recent six-week conflict in the South Caucasus represented a heavy blow to Russia’s imperial ambitions in the post-Soviet space.

Another equally important area for Ukraine to study is the Azerbaijani economic success story that underpinned the country’s military success. Back in the early 1990s when Azerbaijan and Armenia fought their first war, both were poor post-Soviet countries with high levels of poverty. At the time, Azerbaijan did have the relative advantage of an oil industry, but production had fallen by more than a third between 1986 and 1994.

Over the intervening quarter of a century, the economic paths of Azerbaijan and Armenia have diverged dramatically. While Armenia struggled to build a modern economy, Azerbaijan embraced policies of broad international economic cooperation and adopted the latest technologies. The country built a new generation of strategic energy pipelines and systematically modernized its infrastructure.

This national upgrade paid dividends. By 2010, oil production had risen to more than five times higher than the lows of the mid-1990s. Meanwhile, Azerbaijan’s GDP continued to expand until it dwarfed that of Armenia. Anyone visiting the two countries today would be left in no doubt about which of these South Caucasus neighbors is booming and which is stagnating.

With its Old Testament credentials and large global diaspora, Armenia is often compared to Israel. Both countries also share similar locations in hostile neighborhoods encircled by multiple unfriendly countries. However, the similarities between Armenia and Israel do not extend to the economic sphere.

Unlike Armenia, Israel has managed to expand its economy and surpass those of its neighbors despite beginning just over seventy years ago from a low base. One of the key factors driving Israel’s success has been its ability to attract foreign direct investment (FDI), which reached USD 18.2 billion in 2019. In contrast, comparatively poor Armenia received five times more money in remittances last year than it did via FDI.

It is no coincidence that Israel is currently the world’s tenth largest exporter of state-of-the-art military equipment, while Armenia continues to rely on old-fashioned Russian and Soviet era military hardware. This is the inevitable outcome of the contrasting economic approaches adopted by the two countries.

I would argue that the recent Azerbaijani victory is not only a result of military progress. It also reflects the economic advances made by Azerbaijan over the past few decades. At first glance, the rapidity and comprehensive nature of Azerbaijan’s gains in the recent six-week conflict seem to underline the fact that military solutions can still succeed in redrawing borders.

In reality, any successful military campaign must be underpinned by economic superiority. In Azerbaijan’s case, it took approximately a quarter of a century for the country to learn the lessons of its painful defeat in 1994, modernize its economy, form a strong network of regional alliances, and then eventually strike back decisively.

Azerbaijan’s economic experience offers valuable lessons for Ukraine. Rather than focusing attention on immediate military action or unfavorable settlements negotiated from a position of weakness, it would be far wiser for Ukraine to turn its energies towards modernizing the country’s economy and infrastructure. At the same time, the Ukrainian authorities must do everything possible to attract international investment and establish the country’s position as an important player in global production chains.

It is no longer a viable long-term strategy to rely on the talents, money, and patriotic sentiments of the Ukrainian population, or those Ukrainians who currently work abroad and send home huge sums in remittances every year. Instead, Ukraine must look to establish an economic model that will prove attractive to international investors seeking opportunities to profit from the the country’s vast untapped potential. Ultimately, this will serve as the basis for a far stronger Ukrainian state.

A long-term approach is particularly important for Ukraine as there is every reason to believe Russia will find itself in a far weaker position within the space of 20 to 25 years. With enormous geopolitical changes currently taking place across Eurasia and the global economy moving slowly but steadily away from its current reliance on fossil fuels, Russia’s oil- and gas-based economic model is already beginning to look vulnerable. If the economic disparities between the two countries begin to narrow, Ukraine’s position will strengthen accordingly.

When looking at the outcome of the Azerbaijani-Armenian War, it is vital for Ukrainian policymakers to recognize the long years of economic innovation and modernization that preceded Baku’s recent victory. Azerbaijan achieved what some historians have previously referred to as “embracing defeat.” In other words, they were able to learn from a traumatic national defeat and apply the lessons to their ultimate advantage.

Ukraine should now seek to adopt a similarly far-sighted approach towards its current confrontation with Russia. There should be no rush to retake Russian-occupied Crimea or eastern Ukraine, nor should there be any hurry to accept costly compromise solutions. Instead, Ukraine’s leaders must borrow from Azerbaijan’s experience and look to create a strong economy built on modern technologies and broad international cooperation. This can then serve as the basis for a consolidated national recovery and the eventual reincorporation of the Ukrainian regions that are now under Russian occupation.