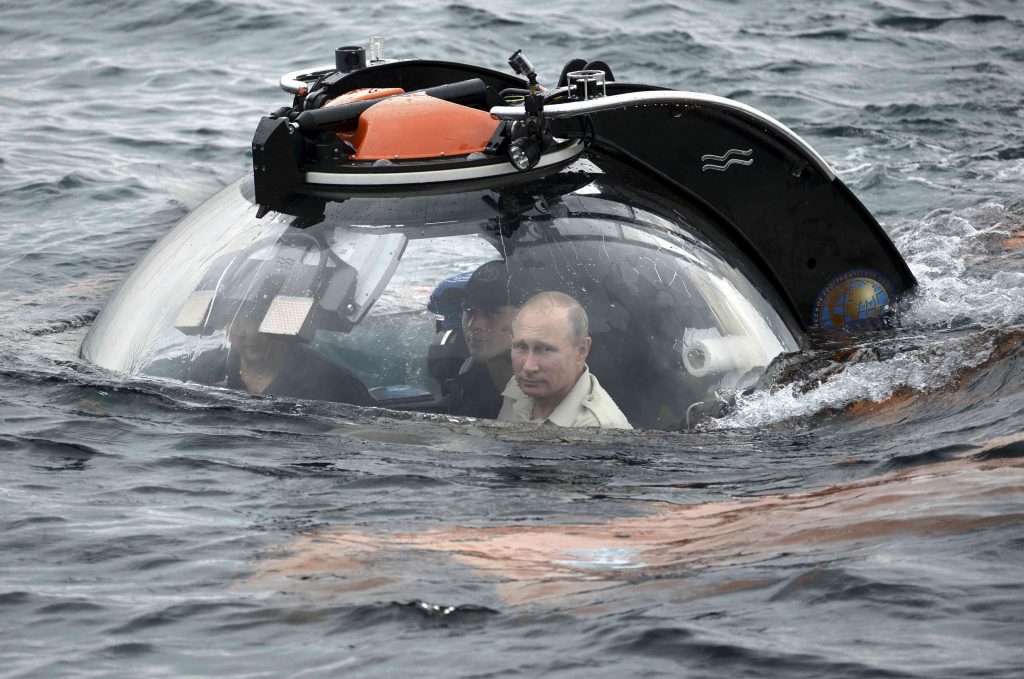 By invading Ukraine and annexing Crimea, Russian President Vladimir Putin has transformed the security situation in the Black Sea.

Upon capturing those territories, Moscow lost no time in seizing Ukrainian energy facilities in the Black Sea and accelerating its ongoing military modernization there. As a result, Moscow has built a combined arms force of land, sea, air, and electronic forces that NATO leaders admit is fully capable of denying access to NATO forces seeking to enter the Black Sea during a conflict. It has also deployed nuclear-capable weapons to the Black Sea area and is apparently building a similar network of anti-access area denial (A2/AD) capabilities against NATO in both the eastern Mediterranean around Syria and in the Caucasus.

Thus, as Turkey’s President Recep Tayyip Erdogan has noted, Russia is well on its way to converting the Black Sea into a Russian lake, an outcome that endangers the security of all the states along the sea’s edges. Centuries of historical experience suggests that these threats will continue, along with increased efforts to intimidate these littoral states.

Romania, for example, is particularly concerned about threats to its energy platforms in the Black Sea, as well as about freedom of navigation there and control of the mouth of the Danube. Ukraine’s remaining port, Odesa, is at constant risk. Turkey is now surrounded to the north, south, and east by Russian troops in the Crimea, other areas in Ukraine, Syria, and the Caucasus. Since Romania and Bulgaria import Russian energy, and Turkey imports at least 60 percent of its gas from Russia, their vulnerabilities—along with Ukraine’s susceptibility to new and old threats—are quite visible.

Consequently, the governments of Romania, Ukraine, and Turkey are all undertaking major reforms to enhance their defense capabilities and are endeavoring to formulate structures of regional cooperation beyond NATO. They may also be concerned, as were their governments in the 1930s, that the West might not be there to rescue them in times of crisis, and that they will have to foster regional cooperation themselves.

Ukraine and Turkey have announced intentions to increase their capacity to provide for their own defense by building new warships and improving the effectiveness of their defense establishments. They have also embarked upon talks to engage in joint defense production, primarily in turbojet aircraft engines, radars, military communications technologies, and navigation systems. Romania is raising its defense spending in line with newly established defense plans and is also promoting regional naval cooperation among these three states.

A candid assessment however, would admit that these plans, though eminently sensible, face serious obstacles. Regional cooperation ventures in Eastern Europe have never succeeded in the past, largely because of differences among the local states and the opposition of great powers, and a number of stumbling blocks exist now. Poland’s and Turkey’s domestic politics are alienating many in Europe and the United States because of their visible turn toward authoritarianism. Hungary has already gone in that direction and Greece is a focus of Russian attention to prevent its further integration with the EU and NATO. Moscow has also successfully intimidated the Bulgarian government to the degree that it publicly refused to join any kind of regional cooperative security organization and naval agreement, a decision that severely undermines any realistic chance for effective regional naval coordination in the Black Sea. Finally, Turkey’s apology on July 27 to Russia for the downing of a jet over Syria in November 2015 also complicates efforts. On July 1, Turkish Foreign Minister Mevlut Cavusoglu is set to join a ministerial meeting of a group of the Black Sea nations hosted by Russia in Sochi, a trip that offers a chance to negotiate a rapprochement. One condition of this rapprochement will likely be no regional security organization in the Black Sea and efforts to induce Turkey to preserve its policy of keeping NATO out of the Black Sea in peacetime.

In addition, Putin has already stated that because Romania and Poland are hosting elements of US ballistic missile defense defenses, they will become Russian targets. While such statements are habitual tactics, they reflect Moscow’s determination to threaten its neighbors and are made with the belief that Russia really does have the potential to intimidate these governments.

When NATO meets in Warsaw on July 8-9, it should not downgrade the Black Sea, as it has been considering. Recent events show that Russia regards it as its Mare Nostrum (“our sea”) and will block any effort to provide for the legitimate defense of NATO members there, not to mention Georgia on the Eastern shore. NATO might be tempted to make the Baltic a clear focus and priority, but this response, while understandable, is a myopic one. History shows that Russian domination of the Black Sea inevitably leads to pressures throughout the eastern Mediterranean. Syria is merely the latest example.

The fact is that NATO’s defense efforts to date, though substantially better than they were in 2014, have little to show two years after the invasion of Ukraine. Much more can and should be done to prevent Russian intimidation of the Black Sea littoral states and the collapse of the vital project of European integration in this area. Europe and the United States have the resources to support those peoples who wish to remain free from Russian imperialism. The question is, however, do they have the will and the vision to match their resources?

Stephen Blank, a UkraineAlert contributor, is a Senior Fellow at the American Foreign Policy Council.

Image: Russian President Vladimir Putin (R) looks through a window of a research bathyscaphe while submerging into the waters of the Black Sea as he takes part in an expedition near Sevastopol, Crimea, August 18, 2015. REUTERS/Alexei Nikolsky/RIA Novosti/Kremlin