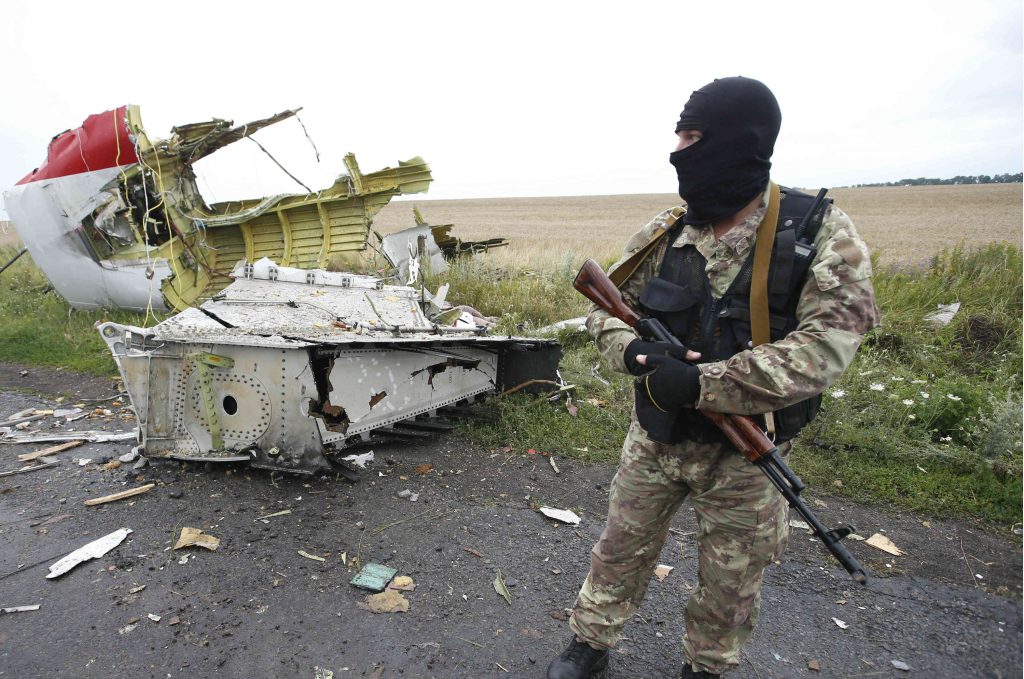 On July 29, Russia vetoed a draft UN resolution seeking to set up a tribunal to prosecute those responsible for shooting down a Malaysia Airlines jumbo jet more than a year ago.

By exercising its Security Council veto against the resolution, Moscow has lost control of the process, committing a possible error that may ultimately lead to convictions of rebel leaders and Russian officials—and a new round of sanctions against the Kremlin. This appears to be a massive strategic misstep, which the West may exploit.

The jet, a Boeing 777 en route from Amsterdam to Kuala Lumpur, fell out of the sky July 14, 2014, while flying over separatist-controlled territory in eastern Ukraine. The West as well as Kyiv blames the tragedy—which killed all 298 passengers and crew on board—on Russian-backed rebels using a Russian-supplied BUK M1 (SA-11 Gadfly) missile.

Yet Moscow continues to deny the obvious. In opposing last week’s UN resolution, the Kremlin argued that no precedent exists for such a tribunal, citing at least three cases in which civilian aircraft were brought down by Soviet, Israeli and US troops in the 1970s and 1980s. However, in all three instances, the countries involved admitted responsibility, and Israel and the US paid reparations. If Russia had quickly admitted fault, it’s unlikely the matter would have escalated to the Security Council. But its initial response was to deny involvement while stonewalling repeated attempts to gather more information. Under continued pressure, Russia claims it would agree to an international probe, but it persists in obfuscating the facts.

The world needs a thorough, unimpeded investigation to establish exactly what happened, and a tribunal to apportion blame, impose sanctions, and possibly award compensation, though this last may require additional civil courts. Five countries—Australia, Belgium, Malaysia, Netherlands and Ukraine—have asked the UN to appoint a tribunal under Article 7 of the UN Charter. The Security Council vote shows how isolated Moscow has become one year after the MH17 disaster. Of the council’s fifteen members, eleven voted in favor, while the three countries that abstained—Angola, China and Venezuela—usually stand behind Russia on international matters.

“No veto will stand in the way of this heinous crime being investigated and prosecuted,” Samantha Power, US Ambassador to the UN, told the Security Council. But in the wake of Russia’s veto, the issue will now likely be remanded to the UN General Assembly—and this is where Moscow may have blundered. The General Assembly is not the Russia-friendly forum it once was. Russia has lost the support of a number of developing countries, including the Sunni Muslim emirates of the Persian Gulf, which have not forgiven the Kremlin for supporting either the Assad regime in Syria, or the Shi’ite theocracy that rules Iran.

Why, then, did Russia cast its veto? Certainly it wasn’t just about defending separatist Ukrainian rebels. A reluctance to give up sovereign rights and jurisdiction to an international body such as the UN may have driven the decision. But the Kremlin may also worry that the tribunal’s work could point to higher-ups in the Russian military or even in Russia’s political structure. In addition, Moscow fears that the tribunal’s work could drag conclusive proof of close ties between Russia and Ukrainian separatist groups into the public sphere. And finally, the threat of economic or transport sanctions continually hangs over Russia. Hence, the nyet.

If in fact the General Assembly can’t muster the two-thirds vote it needs to override the Russian veto, the five aggrieved nations that sought the tribunal in the first place may attempt to carry on through their own domestic, national courts. Alternatively, the UN might let those five countries form a joint tribunal. Procedural machinations aside, the Russian veto begs a further question: It appears Moscow exercised its veto purely for its own interests, in order to block the investigation and impede justice. Even if this veto was legal, was it moral? Should a country not recognize that it has a larger moral duty in an international tribunal, even when it goes against the country’s narrow national interest?

At any rate, the UN does have the legal ability to continue its investigation without Russia’s permission. One thing is certain: If the UN invokes Article 7, all member states will be obligated to fully cooperate, leading to the possible imposition of sanctions.

The Dutch Safety Board will issue its final report on MH17 in October, increasing the chances that the General Assembly will move to establish a tribunal. But whatever path the UN chooses, it is clear that Russia has lost its ability to influence events. Last week’s veto marks a watershed in how Russia views the UN. The double standard is obvious: after two decades of blasting Washington for bypassing that world body—on Iraq and other issues—it seems Moscow has now lost faith in the UN’s ability to remain impartial.

Since MH17’s downing, Russia has blamed everyone but itself for the tragedy. Thanks to the Kremlin’s extensive propaganda blitz, a Levada Center poll found last month that 44 percent of Russians hold the Ukrainians responsible, while 17 percent say that the US is to blame, and a mere 2 percent consider Russia the culprit. However, last week’s Security Council vote strongly suggests that the rest of the world views the shootdown very differently, and by rejecting the formation of a tribunal, Russia may have set the stage for an even more embarrassing, and potentially damaging, General Assembly vote—as well as other legal steps it might later regret.

Ariel Cohen is a Senior Fellow at the Atlantic Council’s Global Energy Center and Dinu Patriciu Eurasia Center. He is also Director of the Center for Energy, Natural Resources and Geopolitics at the Institute for the Analysis of Global Security and Principal of International Market Analysis Ltd.

Image: A pro-Russian separatist standing at the crash site of Malaysia Airlines flight MH17, near the settlement of Grabovo in the Donetsk region, is seen in this July 18, 2014 file photo. Russia vetoed a United Nations Security Council draft resolution on July 29, 2015 that would have set up an international tribunal to prosecute those suspected of downing a Malaysia Airlines passenger airliner last year in eastern Ukraine. REUTERS/Maxim Zmeyev/Files