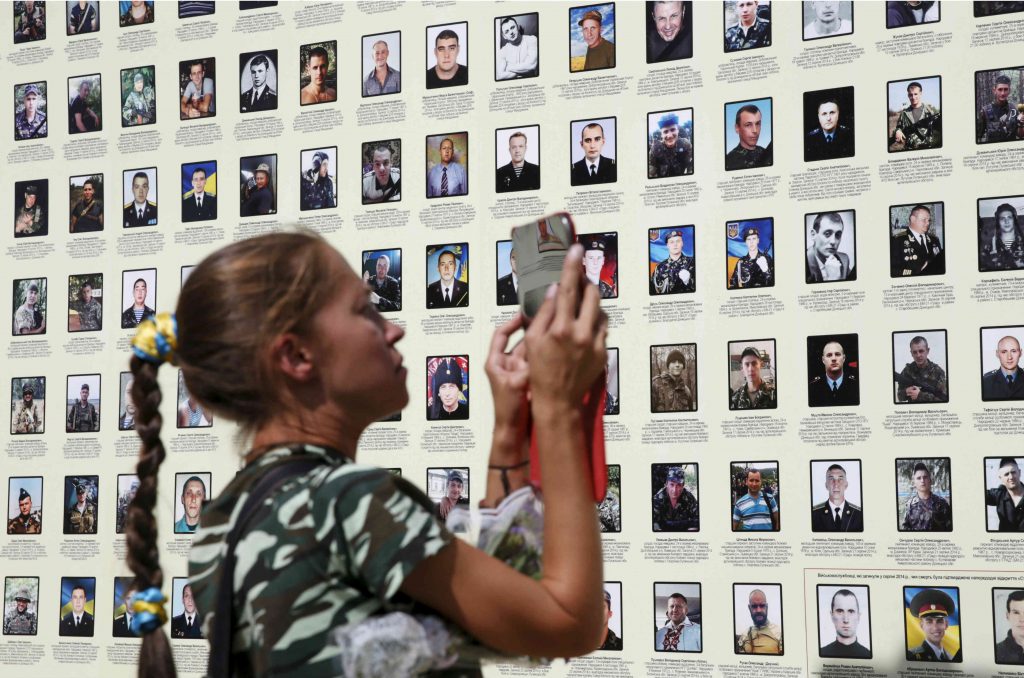 A Reply to David J. Kramer

Editor’s Note: On June 22, Ambassador John Herbst and David J. Kramer debated whether we should bury the Minsk agreement, the troubled ceasefire agreement in Ukraine, at an Atlantic Council event in Washington, DC. Their remarks have been adapted from the debate.

Ukraine’s discussion of the war with Russia often focuses on the failings of two diplomatic instruments: the Budapest Memorandum and the Minsk agreements. While much commentary about these documents is intelligent and insightful, there is a little-noticed but essential connection between them. First, the inadequacies of these documents reflect the political weakness of the Western powers that signed them. Second, the Minsk agreements and the broader process they generated are an important part of the West’s response to fulfilling its Budapest commitments. Correctly understood, the Minsk process is essential to stopping Moscow in the Donbas.

In the 1994 Budapest Memorandum, Ukraine agreed to give up its nuclear weapons in exchange for assurances from Russia, the United Kingdom, and the United States to consult in case of threats to its territorial integrity and sovereignty. When Russia annexed Crimea in March 2014, Ukraine was sorely disappointed to discover that Budapest Memorandum “consultations” produced a rather weak Western response—simply a number of small sanctions. Even Moscow’s hybrid war in the Donbas produced only limited sanctions. Only after the July 2014 shoot-down of the Malaysian airliner by a Russian missile did the EU follow the American lead and impose punishing sanctions on Moscow’s energy and financial sectors.

The Minsk agreements have also severely disappointed Ukraine. The first Minsk ceasefire in September 2014 did prevent the destruction of Ukrainian armed forces around the town of Ilovaisk, but it was also supposed to produce an end to the fighting that never materialized. Between the first and second Minsk agreements, Ukraine did not enjoy a day of peace: in that period, hundreds of Ukrainian soldiers died, and Moscow seized more Ukrainian territory.

Moscow’s January 2015 offensive to take the town of Debaltseve spurred the EU to a new round of diplomacy, which led to the second ceasefire in February 2015. However, the terms of the agreement were notably worse. First, Minsk II gives the authorities in the “Donetsk People’s Republic” (DNR) and the “Luhansk People’s Republic” (LNR) the right to retain their own armed forces. Second, it calls for constitutional reform in Ukraine that would grant autonomy to the DNR and LNR in ambiguous language that Moscow interprets as giving those regions a veto over Ukraine’s national security policy. (Ukraine and the West do not share that interpretation.) Third, it calls for elections in the Kremlin-dominated areas before Ukraine regains control of its border with Russia.

In short, Moscow was rewarded for its daily violations of Minsk I. Instead of facing additional sanctions for increasing aggression, it was granted more favorable terms. And ever since Minsk II was signed, fighting has been ongoing, and the DNR and LNR have added over two hundred square kilometers of territory. And while this is happening, the EU has pressured Ukraine to pass an elections law for the LNR and DNR.

In addition, Minsk excludes the United States from the diplomatic process designed to end the war. So it is not surprising that many in Ukraine believe that Minsk is fatally flawed, that Ukraine has no obligation to pass a local elections law, and that Ukraine should walk away from Minsk and demand a new framework.

That approach, however, would be a serious mistake. Perhaps historians and commentators have the luxury of focusing their attention on the weaknesses of Western diplomacy, but Ukraine’s leaders have no such option.

Ukraine’s leaders need to understand the limits on their partners in Europe. German Chancellor Angela Merkel has been the pillar of EU sanctions policy. Merkel has kept French President Francois Hollande and the rest of the EU on board with sanctions. Her continued success, however, cannot be taken for granted. The Dutch referendum in April opposing the EU’s trade agreement with Ukraine, and the votes by the French National Assembly in April and the French Senate in June on lifting the sanctions on Russia, all demonstrate that the EU is not in a position to pursue a stronger policy. Britain’s exit from the EU has also weakened the pro-sanctions camp in the EU.

Fortunately, the sanctions policy of the EU and the US—coupled with the growing military assistance coming from some Western countries—may be sufficient to help Ukraine ultimately win in the east. Between the drop in hydrocarbon prices and sanctions, Moscow’s GNP dropped 3.7 percent in 2015 and 1.4 percent in the first three months of 2016. According to the IMF, the sanctions were responsible for 1-1.5 percent of the 2016 decline. The Russian standard of living dropped 9.5 percent in 2015 and a large drop is expected this year. After insisting for well over a year that Western sanctions were having no impact, Moscow now acknowledges the impact and is calling for their removal.

There are also indications that Moscow understands its Ukraine policy is failing. Since Russia’s intervention in Syria, Ukraine has ceased to be the principal story in the Russian media, and this gives the Kremlin more flexibility in managing the crisis. In addition to the Minsk negotiating process, top Kremlin aide Vyacheslav Surkov has been meeting regularly with US Assistant Secretary of State Victoria Nuland since January. Reportedly, those meetings have avoided much of the cant that fills the Minsk negotiations and have involved the exchange of serious ideas that could contribute to ending the war in the Donbas.

The Obama administration, which had previously described the Kremlin’s war in Ukraine as a regional crisis, has also shown an increased interest in finding a solution. US National Security Advisor Susan Rice said earlier this month that perhaps this conflict can be resolved before the end of the Obama administration. This suggests that senior levels in Washington are giving more backing to the diplomatic efforts of the indefatigable Nuland.

None of this means that Moscow has made any decisions to step back. But they point to a Minsk process which is better than the terms of the first Minsk agreement: Western sanctions are holding firm; Western leaders still demand Kremlin implementation of its Minsk commitments in exchange for sanctions relief; domestic problems are growing for Putin; and the American role in negotiations is becoming more prominent.

Ukraine’s leaders surely understand that they should not upend this favorable momentum by walking away from Minsk. They understand too that to keep sanctions in place they must be open to passing an elections law for the LNR and the DNR that protects Ukraine’s interests. One hopes that those politicians not directly responsible for Ukraine’s foreign policy understand this as well.

Image: A woman uses her tablet as she stands in front of a wall with the portraits of Ukrainian servicemen killed a year ago during fights with Russian troops near the town of Ilovaysk in eastern Ukraine, during a commemoration ceremony in Kyiv, Ukraine, August 29, 2015. REUTERS/Valentyn Ogirenko