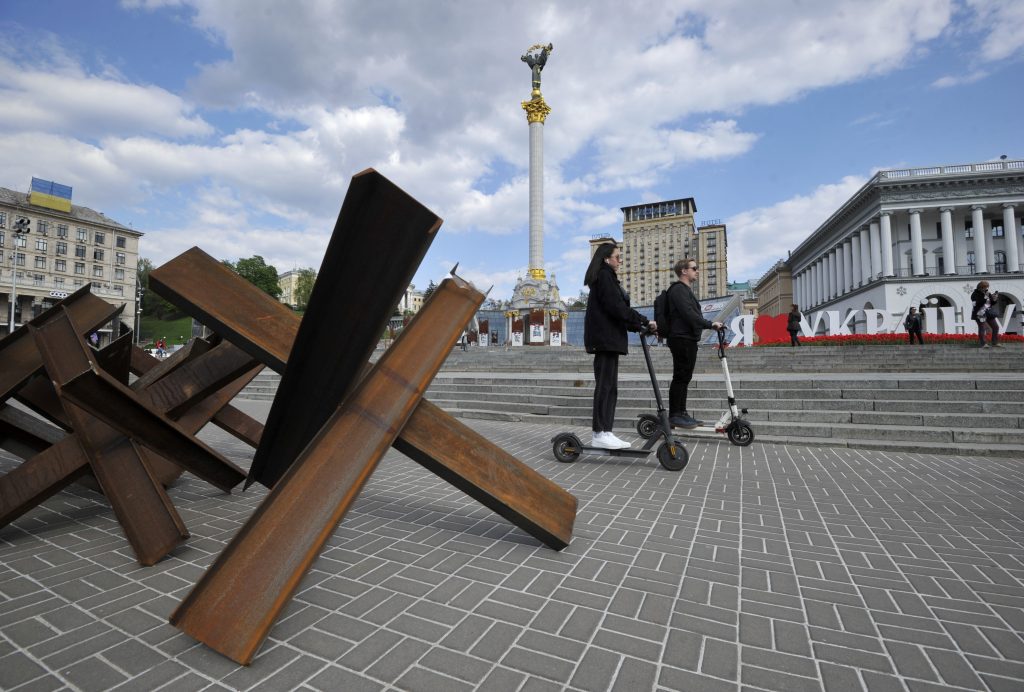 The Russo-Ukrainian War is now in its fourth month. While there is currently no end in sight to the carnage, discussions are already underway over what kind of Ukraine should emerge during the post-war period.

The war unleashed by Vladimir Putin on February 24 is widely acknowledged as the largest and most destructive European conflict since WWII. Tens of thousands of Ukrainians have been killed during the first three months of the invasion, while the damage done by Putin’s forces has been estimated at hundreds of billions of dollars. Whole cities have already been destroyed, while Russia’s heavy reliance on airstrikes and artillery bombardments means the tragic toll will continue to rise.

Clearly, rebuilding Ukraine will be a Herculean task requiring unprecedented financing and the full participation of the international community. It is also vital that plans for the new Ukraine should reflect the country’s immediate needs and competitive advantages. This is why it makes sense to begin work without delay on a Digital Marshall Plan that will harness Ukraine’s tech excellence and enable Ukrainians to continue the important progress made in recent years.

The war is being prosecuted across multiple strata, including the informational and digital spaces. While soldiers defend Ukraine on the battlefield, the country’s Ministry of Digital Transformation and the Ukrainian IT community are developing a sustainable digital rear.

From the first days of the war, the Ministry has been working with other state bodies to actively increase Ukraine’s digital resilience. These efforts have included creating a layered system of cyber defense for state IT infrastructure and adapting public e-services.

Digital diplomacy has become a critically important field of activity for the Ministry. Minister of Digital Transformation Mykhailo Fedorov has appealed to hundreds of technology companies asking them to join the technological blockade of Russia while calling on them to stop paying taxes to the Russian budget and develop a presence in Ukraine.

An enormous amount of work has also been done to improve the digital defense capability of the Ukrainian state. In cooperation with the Ukrainian blockchain community, the Ministry of Digital Transformation launched a large-scale fundraising campaign gathering crypto donations for ammunition purchases. The Ministry of Digital Transformation and Ukrainian IT companies have launched a number of specific projects to protect civilians such as the Air Alarm App, while also supporting refugees and those living in Russian-occupied regions of the country.

Anyone familiar with the pre-war structure of the Ukrainian economy will not be surprised by the prominent role of the Ministry of Digital Transformation and the country’s IT industry as a whole in the current conflict. President Zelenskyy came to power in spring 2019 promising a digital transformation. As soon as he took office, he began implementing the “Country in a Smartphone” program.

During the pre-war years of Zelenskyy’s presidency, hundreds of public services were digitalized. The Diya smartphone application was central to these efforts and became the main personal ID for millions of Ukrainians. By digitizing government services, the authorities were able to simplify bureaucratic processes and dramatically reduce the scope for corruption within state agencies.

It is important to note that the digital transformation of Ukraine has never relied on the purchase of imported solutions. Instead, it has been based almost exclusively on the tailored work of Ukrainian IT engineers. This is only natural given the remarkable rise of the Ukrainian IT sector over the past few decades.

The Ukrainian IT industry has been the main driver of rising export revenues for a number of years. In 2021, Ukrainian IT exports grew 36% year-on-year to total USD 6.8 billion, representing 10% of the country’s total exports. Meanwhile, the number of Ukrainians employed in the IT industry increased from 200,000 to 250,000. This growth was set to accelerate further in 2022 until the war intervened.

According to current World Bank forecasts, Ukraine’s GDP in 2022 will fall by more than 45%. Depending on the course of the war, this figure could rise significantly. Ukraine’s Western partners are well aware of the need to keep the Ukrainian economy afloat while also preparing for the massive rebuilding project that will eventually follow. British Prime Minister Boris Johnson has publicly backed a new Marshall Plan for Ukraine. Other world leaders have also voiced their support for this initiative.

The immediate priority will be to repair the catastrophic damage done to Ukrainian homes, hospitals, schools, roads, bridges, airports, industries, and other vital elements of national infrastructure. At the same time, the most effective long-term use of resources may be to focus on strengthening Ukraine’s digital economy and the country’s IT industry. Investing in this sector will have an immediate economic impact and will create the largest number of jobs. After all, global studies consistently indicate that every new work place in the IT industry creates five more jobs in non-related service industries.

What should a Digital Marshall Plan for Ukraine look like? First of all, it should feature large-scale strategic investment in the digital transformation of Ukraine including all public services, healthcare, and education. This will lead to the radical modernization of the Ukrainian public sector while creating huge demand for the services of Ukrainian IT companies, many of which have lost their Western customer bases due to the war.

Meanwhile, investment into the rapid retraining of Ukrainians from other professional backgrounds will help to drastically reduce unemployment. Even before the war, the Ukrainian IT industry consistently suffered from a shortage of personnel. With industrial facilities across the country destroyed and whole sectors of the economy on pause as a result of the Russian invasion, unemployment is a major issue in today’s Ukraine. Comprehensive training programs can enable tens of thousands of Ukrainians to become qualified IT specialists and find new work during the initial post-war period or possibly even sooner.

The Ukrainian IT industry must not only be preserved but also brought to the next level. To make this happen, Ukraine and the country’s partners should work together to create attractive financial conditions that will encourage more of the world’s leading tech companies to open Ukrainian hubs and R&D centers.

It is also necessary to establish a large-scale “fund of funds” for IT entrepreneurs that will invest in venture funds operating in Ukraine. Startups were fast becoming the most important growth point of the Ukrainian tech sector before the war and have huge potential for the future. Once the conflict is over, Ukrainian innovators will bring the many tech solutions created during the war to global markets. International interest is likely to be intense.

Work on a Digital Marshall Plan needs to begin now. The rebuilding of Ukraine will necessarily take many years and looks set to be one of the most challenging international undertakings of the twenty-first century. Investing in the Ukrainian IT industry now will provide an immediate and significant economic boost. It will also enable the country to develop an optimized digital infrastructure that will lay the foundations for future prosperity and help secure Ukraine’s place among the community of European democracies.

Anatoly Motkin is president of the StrategEast Center for a New Economy, a non-profit organization with offices in the United States, Ukraine, Georgia, and Kyrgyzstan.