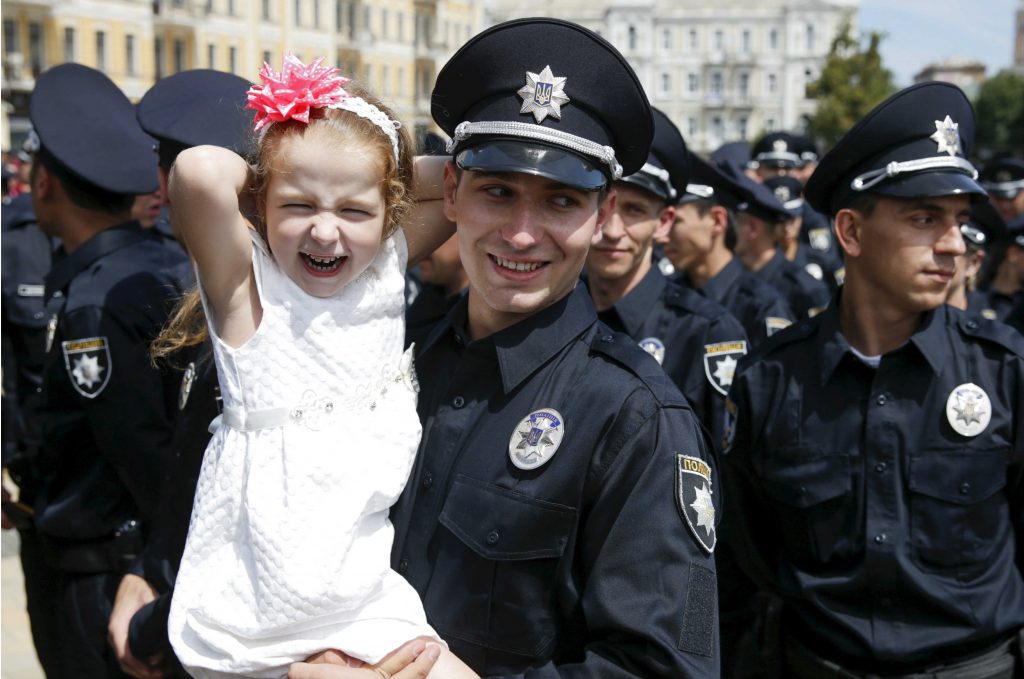 If one were to merely follow national politics in Ukraine, it would be easy to become discouraged about the state of reforms. Headlines from top media suggest that Ukraine’s longstanding oligarchic power structures and institutionalized corruption have persisted in the wake of the Revolution of Dignity, frustrating citizens and the international community. Indeed, the many criticisms of President Petro Poroshenko and parliament are not unfounded.

A recent national survey conducted by the International Republican Institute (IRI) found record-level public dissatisfaction regarding the country’s overall direction—a level of frustration that rivals the pre-Maidan period. Seventy-six percent of Ukrainians told pollsters the country was headed in the wrong direction in February 2016. Similarly, as previously reported, IRI’s March 2016 nationwide municipal survey, which contains the perceptions of more than 19,000 Ukrainians from twenty-four major cities, revealed that more than 90 percent of Ukrainians believe corruption is a significant or serious problem in their community, and frustration with Poroshenko and the parliament stands at troubling levels.

But that’s not the full story. If one looks beyond the negative headlines, real change is happening in Ukraine. It is less evident on the national level (although the government’s recent gas reforms are a major step forward), but one needn’t look too far beyond Kyiv to see signs of progress. IRI’s longstanding presence in Ukraine’s regions has revealed positive signs of local governments and civic actors working together to achieve and implement real change in their communities—and these efforts have been noticed by the Ukrainian people. IRI’s polling shows that support for local governments is on the rise, as is the level of trust and approval of local mayors across the country.

Moreover, one of the most effective reforms to be implemented has been the introduction of new patrol police in twenty-three cities across the country. The cities that implemented police reform have seen dramatic improvements in public satisfaction with police activities. More than 60 percent of residents surveyed in Kyiv now approve of the new patrol police; only a year ago, 19 percent did. One anecdotal encounter with Ukraine’s new patrol police in Odesa found polite officers who follow the new rules.

This massive spike in trust is significant for several reasons. First, it shows that Ukrainians react positively to reforms that they can see and interact with. Given the overwhelming pessimism among Ukrainian citizens about the direction of their country, the success of such a tangible reform is a sign of hope. The Ukrainian government should make every effort to introduce concrete measures aimed at improving the quality of public services. IRI’s recent poll indicates that roads, housing and communal areas, and medical institutions are the top local concerns. Simple calls for change are not enough; Ukrainians want to see progress made in their neighborhoods.

Second, in many ways, these new patrol police are likely to improve the quality of local law enforcement across Ukraine in two major ways. The new police units, having been selected through a competitive application process in the wake of Ukraine’s Revolution of Dignity, have reinvigorated a sense of civic duty among local police forces. Having pledged to refuse to take bribes, the presence of these young officers serves as a deterrent for petty corruption in Ukraine and is working to effectively disrupt the country’s longstanding systems of institutionalized corruption among local law enforcement.

Third, this finding underscores the profound impact that international assistance can have on building a more democratic Ukraine. Through their concerted partnership with Ukraine’s Interior Ministry, the United States and European donors have helped to equip the new police recruits with modern uniforms and equipment, and provided critical job training. The results of their contribution are clear—Ukrainians have responded positively to this reform—and it provides a positive example of how the West can continue to assist Ukraine.

While some question the long-term effectiveness of Ukraine’s police reforms in addressing the top-down sources of corruption in Ukraine, if there is anything the last few years has revealed, it is that democratic progress in Ukraine begins at the grassroots level. Unlike other countries—notably, Georgia—in which progressive government elites were able to initiate sweeping reforms from the highest levels, Ukraine represents a case in which society is forced to push for change from the bottom up.

At the Kyiv Security Forum on April 15, Chatham House’s Orysia Lutsevych encouraged the West to keep a wider view on what’s happening in cities outside of Kyiv, like Lviv and Odesa. “These places are real laboratories of change,” she said, and she’s right.

Image: A police officer holds his daughter after an oath-taking ceremony, which started up the work of a new police patrol service, part of the Interior Ministry reform initiated by Ukrainian authorities, in Kyiv, Ukraine, July 4, 2015. REUTERS/Valentyn Ogirenko