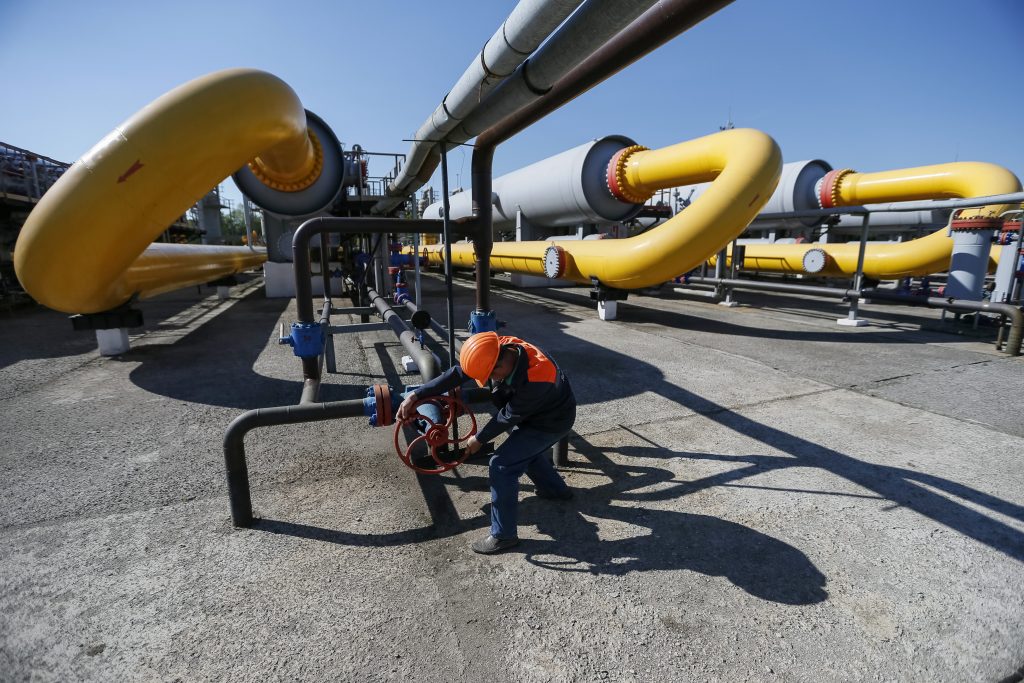 The early October resignation of American citizen Amos Hochstein from the Naftogaz supervisory board is sparking alarm over the future direction of the state-owned Ukrainian energy sector giant. A former US diplomat who previously served in the Obama administration, Hochstein cited growing opposition to gas market reform in Ukraine and political interference in the work of the company as key factors behind his decision to resign.

The American’s departure adds to mounting fears of a return to the corrupt practices that plagued Naftogaz for many years prior to a major shake-up in the Ukrainian gas sector beginning in 2014.

News of Hochstein’s resignation will not have come as a complete surprise to Ukraine observers who have been paying attention to the removal of numerous reformists from key positions in recent months. Nevertheless, it heightens concerns about political interference in the country’s gas market, a sector which has traditionally laid bare Ukraine’s vulnerability to corruption and Russian influence.

Naftogaz has faced undue political pressure on numerous occasions during the past six years since Ukraine first committed to radical gas market reform.

In 2017, members of the then Naftogaz supervisory board resigned over allegations of government interference. In 2019, Clare Spottiswoode, the current head of the board, sent a letter to international financial institutions pleading for help to ensure the integrity of Naftogaz governance following an escalating dispute between the board and Ukraine’s prime minister at the time, Volodymyr Groysman.

The level of domestic political pressure has expanded in scale this year. It now concerns both Naftogaz and the newly established transmission system operator, GTSO.

Earlier in October 2020, Ukrainian media reported allegations of mismanagement at Naftogaz based on an anonymous document which had been circulating locally, and noted that a criminal case had been opened against the management of the company. It is impossible to demonstrate unequivocally that these latest accusations are part of a political campaign leveled at the company’s management, but as Naftogaz CEO Andriy Kobolyev observed, it has become difficult to keep track of the number of criminal cases brought against the company in recent years.

In May 2020, Walter Boltz, the chair of the supervisory board of MGU, a shell company which manages GTSO, was dismissed amid accusations of “improper organisation of the work of the MGU supervisory board.” Boltz, a respected European energy professional, has denied the accusations. Two independent board members subsequently threatened to resign amid allegations of political interference.

The removal of the chair of the supervisory board at MGU coincided with a May 29 application to Ukraine’s Constitutional Court by 47 members of parliament requesting that the unbundling of GTSO be declared illegal. This application was led by former Ukrainian prime minister Yulia Tymoshenko and supported by numerous MPs with ties to Russia.

One of these MPs, Viktor Medvedchuk, also filed a draft law on 8 October proposing the removal of independent directors from joint stock companies such as Naftogaz and the introduction of new supervisory boards consisting of five voting directors and two advisory directors. In line with this proposal, voting director positions would be reserved for Ukrainian citizens who have lived in the country for three years prior to their appointment and received security clearance from Ukraine’s State Security Service. Medvedchuk is a personal friend of Vladimir Putin and is widely regarded as the most prominent pro-Kremlin politician in Ukraine.

European sources say Ukrainian political factions with links to Russia are keen to gain control over GTSO or Naftogaz as these are some of the country’s highest-earning entities and have in recent years made a clear commitment to align with Western governance standards.

Ukraine’s ability to remain on the reform track and tighten the governance of state-owned entities like Naftogaz will depend on guaranteeing the independence of the institutions tasked to modernize the state-owned sector.

With increased talk about the possibility of early Ukrainian parliamentary elections next spring and growing interest from political factions in sources of funding to underwrite campaigns, there is a very real risk that companies such as Naftogaz or GTSO could bear the brunt of more political pressure in the months ahead. This threat should attract the attention of international institutions such as the IMF along with the European Union, both of which have been involved in Ukraine’s gas market reform process over the last five years.

The IMF, which agreed in principle to a USD 5 billion deal earlier this year to shore up Ukraine’s finances, has already raised concerns about the independence of the National Bank of Ukraine and the country’s law enforcement bodies. It should also pay close attention to political interference at Naftogaz and GTSO. The same applies to the EU, which has been in talks with Kyiv over a EUR 1.2 billion grant to help Ukraine cope with the fallout from the coronavirus pandemic-induced economic downturn.

The stakes are high. Ukraine’s gas sector has historically proved to be the country’s Achilles Heel and has served as a source of endless corruption. However, in recent years, Naftogaz has become a model for the reform of state-owned entities. Thanks to a radical overhaul since 2014, it has gone from being a major drain on Ukrainian resources to a leading contributor to the state budget. It is for this reason that no effort should now be spared to protect Naftogaz, together with GTSO as an equally important and strategic company, from any undue political intrusion and foreign influence.

Dr. Aura Sabadus is a senior energy journalist who writes about Eastern Europe, Turkey, and Ukraine for Independent Commodity Intelligence Services (ICIS), a London-based global energy and petrochemicals news and market data provider. You can follow her on Twitter @Asabadus.

A recent reprimand and public expression of no confidence in two key reformers at the National Bank of Ukraine highlights the changing political climate in the country as post-2014 reforms face reversal.