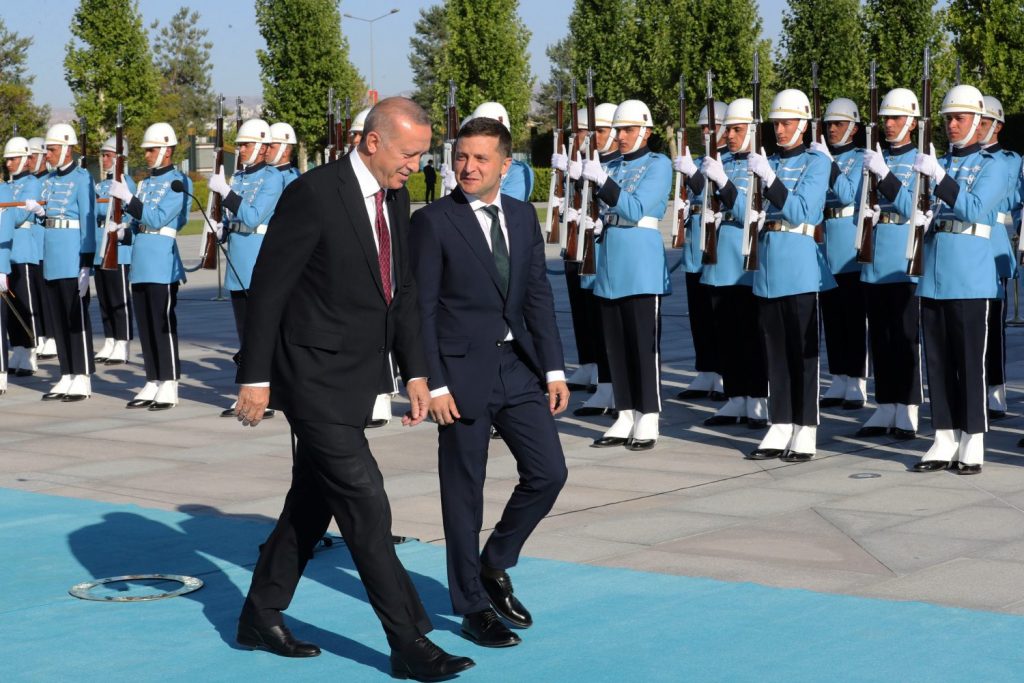 Preparations are currently underway for a US-Ukraine summit in September. Therefore, it is worthwhile to propose an agenda for Presidents Zelenskyy and Trump when they and their cabinets meet. For this summit to succeed, the agenda must reflect a balance of interests and needs for both sides. Admittedly, Ukraine’s needs far outstrip those of the United States, but Ukraine has the means to promote regional solutions in Eastern Europe that materially advance the interests already outlined by the Trump administration both rhetorically and in actual policy.

In the immediate future, Ukraine needs direct US military assistance in the form of arms sales and direct investment beyond the pressure and encouragement for comprehensive reform, not least of the energy and defense sectors. High on Kyiv’s to-do list while in Washington is getting the US to unlock the $115 million appropriated by Congress for Foreign Military Sales to Ukraine (FMF). The Office of Management and Budget is currently blocking those sales but has not advanced any public rationale to justify its actions. Zelenskyy and his ministers must persuade Trump to break the logjam as a matter of some urgency. With this funding, Ukraine can buy the Javelin anti-tank missiles it needs as well as counter-battery systems to counter Moscow’s well-known electronic warfare capabilities, especially as Moscow has nearly tripled its forces in and around Ukraine, according to Ukrainian official sources.

But beyond those weapons systems, Ukraine must obtain from Washington the means to develop its navy from the shore outward to counter the many naval threats that Russia now deploys. It needs anti-ship capabilities and new ships that Washington can sell or even lend in return for leases for energy fields or bases in Ukraine’s territorial waters (this writer has previously suggested reviving the World War II Lend-Lease program). Ukraine’s sailors should take possession of the two cutters sitting in Baltimore harbor once they finish training for using them. The US should also consider giving Ukraine anti-submarine warfare (ASW) capabilities against Russia’s potent submarine threats to Ukrainian installations and targets. Finally, every effort must be made to bring Ukraine’s defense establishment up to NATO levels and integrate it with NATO activities short of membership, while NATO increases its growing presence in the Black Sea.

This new generation of leadership has rejected the psychological and emotional ties to Russia held by post-independence Ukrainian political leaders.

Kyiv and Washington can find even more lucrative areas for cooperation regarding energy. Ukraine should increase the opportunities for foreign and US firms to explore for oil and gas in Ukrainian and Black Sea fields. While Ukraine already produces 12 billion cubic meters of energy annually, it consumes 33 billion cubic meters. Meanwhile, experts believe that proper management could make the country self-sufficient and even a net exporter eventually.

Developing Ukraine’s internal capabilities and a pipeline network connecting it to Eastern Europe fully coincides with US and European interests in diversifying supplies and countering Moscow’s use of energy as a weapon. Thus, in return for arms deals, Kyiv could offer US companies contracts for exploring new fields and building pipelines to new hydrocarbon sources that lie outside Russian control. Washington should also encourage regional and sub-regional organizations like the Three Seas Initiative to build pipelines from the Baltic south that would connect with existing East-West lines and tie Ukraine into the ensuing network. This way future US gas exports could go directly to Ukraine or exportable Ukrainian production could go to European markets.

This vision comports with US interests in expanding energy exports to Europe, and Ukrainian interests in further integration with sub-regional and regional European security institutions. A plan like this also substantially reduces Moscow’s ability to use gas as leverage against Ukraine and the rest of Central and Eastern Europe.

Beyond this gas, Ukraine should use its excellent ties with Turkey to suggest a way to end the impasses regarding Eastern Mediterranean gas where Turkey is successfully blocking any further exploration or shipment to Europe; Kyiv might suggest that it build a pipeline from there to Turkey from where gas can go to Greece’s new terminals and then throughout Eastern Europe as it goes through the network to be built with US help by the Three Seas Initiative. This could bring a major new source online, and lessen regional tensions in the Eastern Mediterranean.

This new source plus US exports would have a powerful effect in insulating Ukraine from Russian energy games while further enhancing its regional ties with Central and Eastern Europe. These ideas benefit both Kyiv and Washington and advance both sides security and interests at Russia’s expense. Indeed, Moscow now wants to support Ankara’s obstructive tactics in the Eastern Mediterranean. By following this or an analogous agenda, Presidents Trump and Zelenskyy can not only thwart Moscow across Europe, they can both strengthen their respective countries’ positions across Europe.

Stephen Blank is an independent consultant. He is the author of numerous foreign policy-related articles, white papers, and monographs focused on the geopolitics and geostrategy of Russia and Eurasia. He is a former MacArthur Fellow at the US Army War College.

Image: Turkish President Tayyip Erdogan and Ukraine's President Volodymyr Zelenskiy review a guard of honour during a welcoming ceremony at the Presidential Palace in Ankara, Turkey, August 7, 2019. Cem Oksuz/Presidential Press Office/Handout via REUTERS ATTENTION EDITORS - THIS PICTURE WAS PROVIDED BY A THIRD PARTY. NO RESALES. NO ARCHIVE