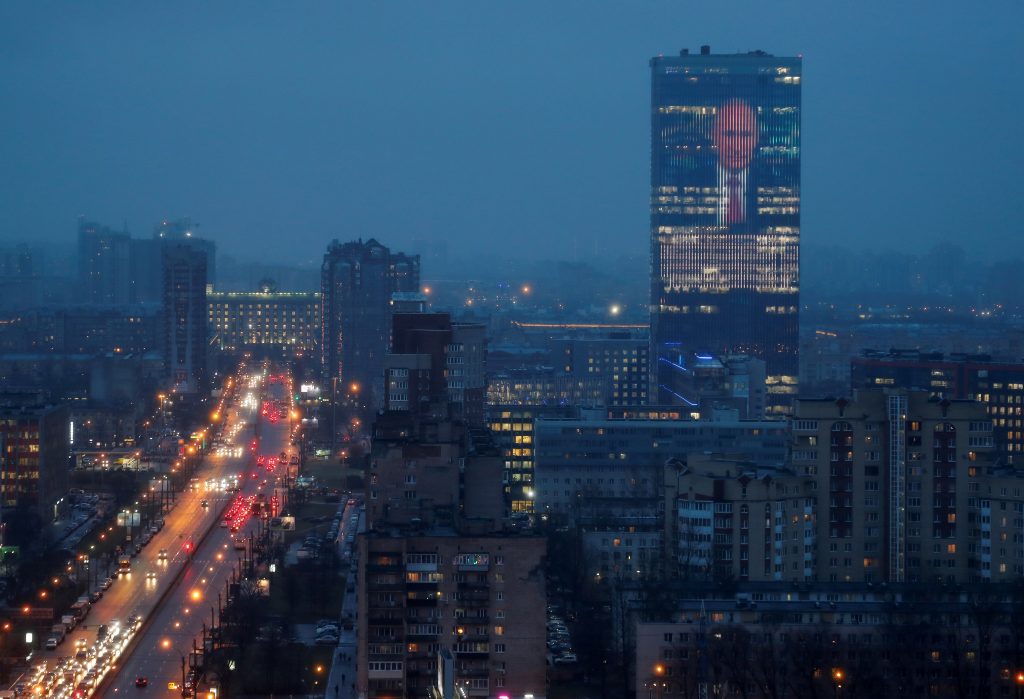 Vladimir Putin’s plans to change the Russian Constitution are not yet finalized, but few doubt that his true intention is to remain in power indefinitely. The Russian leader’s January 2020 announcement of constitutional revisions came following months of speculation over the future prospects for the country once his fourth presidential term ends in 2024. That uncertainty now appears to be over. Russia’s future will look much like Russia’s recent past, with Putin dominating national life.

The rewriting of the Russian Constitution is the latest step away from the brief democratic flirtation of the early 1990s and towards the country’s authoritarian traditions. This is entirely in keeping with Putin’s increasingly open enthusiasm for a brand of Russian imperial nationalism rooted in the early nineteenth century Tsarist trinity of Orthodoxy, autocracy and nationality.

Putin’s plans for lifelong rule look particularly ominous when viewed from Ukraine, which faces the prospect of perpetual imperial aggression at the hands of an adversary who views much of modern Ukraine as historically Russian and continues to ask fundamental questions about the country’s right to exist. For Ukrainians, Putin forever means war without end.

Putin’s imperial ideology is not simply the revival of 200-year-old doctrines. His brand of imperialism is hybrid in nature, incorporating elements from both the Soviet and Tsarist eras. During his first year in power, Putin made his revanchist intentions clear by reinstating the Soviet national anthem. This set the tone for further efforts to rehabilitate the Communist period and draw a line under the soul-searching of the early post-Soviet years. Putin has since taken veneration of the Red Army victory over Nazi Germany to new heights and made it the basis of modern Russian national identity, while gently ushering Stalin himself back into polite society as an example of severe but successful Russian leadership.

In religious matters, the godless Soviets had little to offer Putin. Instead, he has sought to make the Russian Orthodox Church the official state religion of the Russian Federation, despite the fact that Russia’s Orthodox faithful constitutes less than 50% of a population including many millions of Muslims and Buddhists.

Alongside an emphasis on the supremacy of the Russian Orthodox Church, Putin’s other great borrowing from the Tsarist era is his broad interpretation of Russian nationality, with Ukrainians and Belarusians also seen as part of the three-branch Russian people. In his public statements, Putin has repeatedly stressed his personal belief that Russians and Ukrainians are “one people”.

The evolution of Putin’s Tsarist imperialism became more noticeable following his first re-election in 2004, when Russian anger over Western support for the Rose Revolution in Georgia and Ukraine’s Orange Revolution led him to adopt an increasingly nationalistic posture. This extended to gestures such as returning the remains of Russian White Army General Anton Denikin to Russia for reburial with full state honors. At the time, Putin specifically praised Denikin’s early twentieth century opposition to Ukrainian independence and encouraged journalists to read the general’s diary entries on the subject. “He (Denikin) has a discussion there about Big Russia and Little Russia (Ukraine). He says that no one should be allowed to interfere in relations between us; they have always been the business of Russia itself,” commented Putin approvingly.

Putin’s hybrid mix of Tsarist and Soviet Russian nationalism led to the establishment in 2007 of the Russkiy Mir Foundation (“Russian World Foundation”), followed by the emergence of a “Russian World” doctrine calling on the Russian state to intervene on behalf of Russians throughout the former Soviet Union. Although the term is subject to different interpretations, the “Russian World” concept broadly aims to unite the three modern eastern Slavic nations (Russia, Belarus and Ukraine) under Moscow’s leadership, with the population of this informal empire bound together by the Russian language and the Russian Orthodox Church. This mirrors Soviet and Tsarist historical narratives which depicted Russians, Belarusians and Ukrainians as fraternal nations born together in the medieval Kyiv Rus and destined to remain united.

Throughout his time in power, Putin has consistently promoted Russia’s ancient ties to the Kyiv Rus state as a way of furthering eastern Slavic unity. This makes it all the more difficult for him to now accept the loss of a westward-looking Ukraine, as this would mean acknowledging Russia’s separation from the country’s historic heartlands. Indeed, in his March 2014 speech accepting Crimea into the Russian Federation, Putin referenced Kyiv Rus specifically. Two years later, he erected a huge monument to tenth century Kyiv prince Volodymyr the Great in Moscow, a city that was not founded until over a century after Volodymyr’s death.

Russian appeals to Slavic unity are usually followed by assertions that Ukraine is undeserving of independent statehood. At a NATO summit in 2008, Putin told US President George W. Bush that Ukraine was “not even a state.” This idea of modern Ukraine as a manufactured nation has long been a staple of Russian state media. It was finally put to the test six years ago, with results that few in the Kremlin had anticipated.

Following the February-March 2014 seizure of Crimea, Russia sought to partition mainland Ukraine and unveiled plans to transform approximately half the country into a Russian protectorate. As part of these efforts, Moscow revived the Tsarist term “New Russia”, which had been used in the eighteenth and nineteenth centuries to refer to southern and eastern Ukraine. Operating under the “New Russia” banner, Kremlin agents attempted to spark local pro-Russian uprisings in major cities throughout the south and east of the country.

Unfortunately for Putin, the majority of people in these predominantly Russian-speaking parts of Ukraine showed themselves to be Ukrainian patriots. Nevertheless, Putin continues to cling to his fantasies of rescuing Russian-speaking Ukrainians. During his annual press marathon in December 2019, he once more referred to southeastern Ukraine as ancestral Russian lands, claiming they had been inexplicably and erroneously handed to Ukraine by the Bolsheviks.

Such comments suggest Putin has failed to learn the lessons of 2014. Ukrainian statehood and national identity were strong enough to fight back against Russian military aggression six years ago, and Ukraine’s ability to defend itself has increased considerably since those desperate days of national improvisation. Indeed, it is worth noting that Russia’s invasion has played a key role in nation-building processes throughout eastern Ukraine, largely because this region has suffered the highest military casualties and has absorbed many of the estimated 1.7 million Ukrainians displaced by the conflict. Nevertheless, as a military and energy superpower, Russia can call upon vastly superior resources and will always be able to outgun Ukraine. This is a recipe for bloody stalemate.

Ukrainian society may have passed the ultimate statehood test in 2014, but the country looks set to remain a target of Kremlin hostility and hybrid aggression for many years to come. Putin’s embrace of Tsarist imperialism and his desire to remain Russia’s national leader mean there is little chance of a sustainable peace in Ukraine. On the contrary, Ukraine’s centrality to Putin’s understanding of Russian identity and national interests makes it difficult to imagine a settlement that would leave both parties satisfied.

It is therefore imperative that Ukraine’s current leaders are on the same page as the country’s citizens, many of whom have long believed no peace is possible while Putin is still in power. It is also vital for the international community to grasp the existential nature of Putin’s imperial ambitions in Ukraine, and to recognize that Kremlin-friendly compromises will only prolong the problem.

Vladimir Putin is now the uncrowned Tsar of Russia. His reign is likely to last for as long as he lives. Given that he is currently 67 years old and in good health, the Putin era could extend into the future for decades to come. This means Russian aggression against Ukraine will also continue indefinitely, serving to destabilize the wider geopolitical environment until it is decisively confronted.

International law may yet contain Putin in Ukraine

Rival interpretations of the 2015 Minsk Protocols have brought Ukraine and Russia to deadlock in negotiations to end the undeclared six-year war between the two nations – but could international law help Ukraine to win the diplomatic argument?