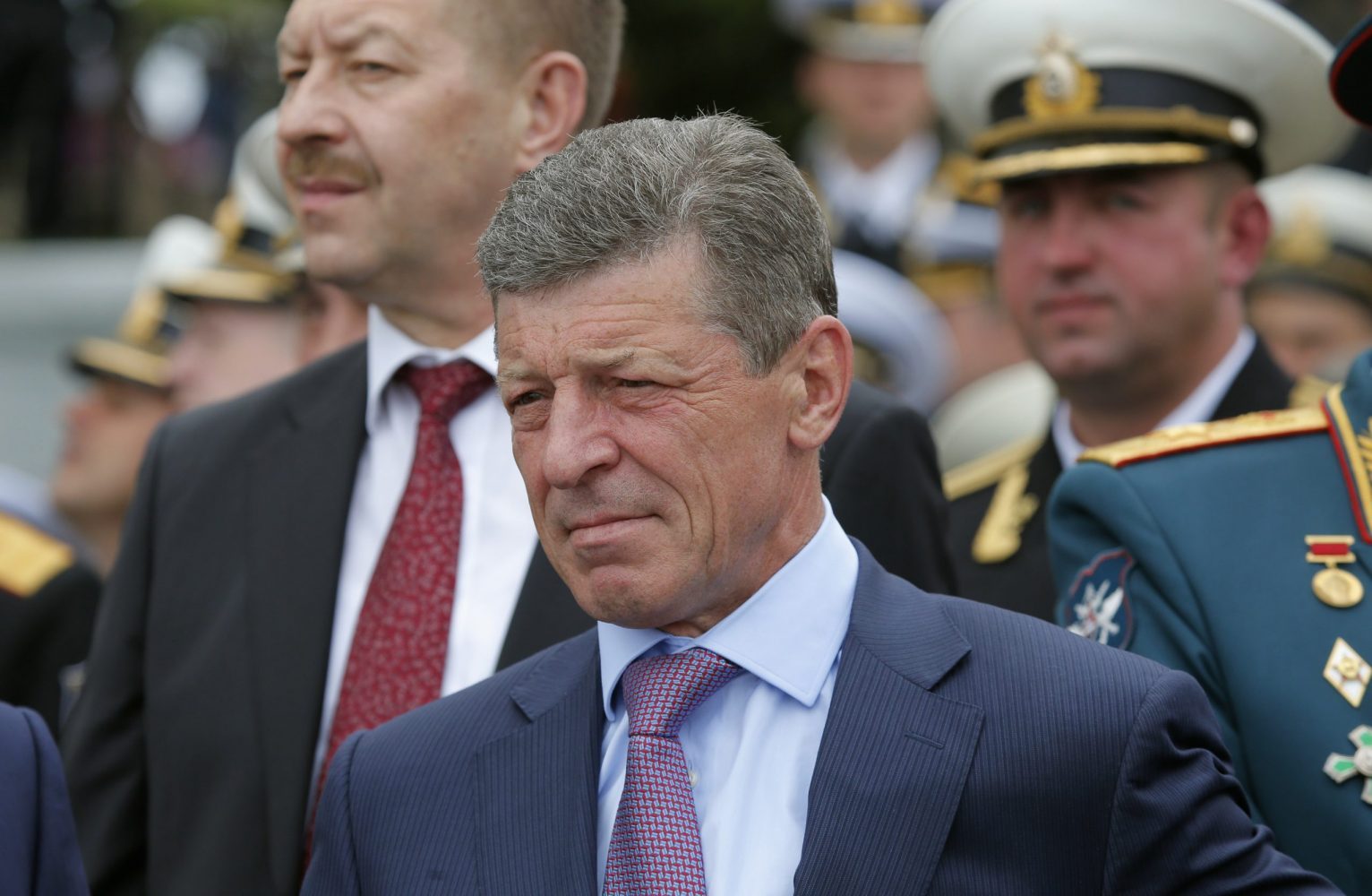 Many of the personnel changes announced recently by Russian President Vladimir Putin appear to be of little significance. However, there are indications that a major policy change towards Ukraine may be underway following reports that Putin has replaced his chief troublemaker Vladislav Surkov as Ukraine policy curator with trusted problem solver Dmitry Kozak.

Ever since 2014, Russian aggression against Ukraine has been commanded from Putin’s office. Initially, his two personal advisers for Eurasia, Surkov and Sergei Glazyev, were the prime movers. Surkov held the political portfolio, while Glazyev handled economic affairs.

The two were among the first to be placed on sanctions lists by the United States and the European Union following the March 2014 occupation of Crimea. Audio recordings of conversations that were subsequently released by the Ukrainian Security Service in August 2016 left no doubt over the central roles they both played in Russia’s attack on Ukraine.

In November 2015, Glazyev’s responsibility for the economy of occupied eastern Ukraine was passed on to Deputy Prime Minister Dmitry Kozak, a lawyer and one of Putin’s old loyalists from St. Petersburg. Meanwhile, responsibility for day-to-day economic decisions went to the Russian Deputy Minister for Economic Development.

Following these changes, Glazyev stayed on as an advisor for Eurasia to Putin for a few more years, but he turned his attention to Eurasian economic integration. Eventually Putin made him minister of the Eurasian Economic Union, where he remains today.

Due to his reputation as an evil genius who thrives on chaos and lawlessness, reports of Surkov’s retirement from government service were greeted by many with a sense of relief. His exit was reportedly due to “a change in policy on Ukraine”. In typically idiosyncratic fashion, Surkov was said to be planning a month of meditation.

Admittedly, Surkov is such a toxic character that Putin had plenty of potential reasons to sack him. His star had arguably been in decline since 2012, when Putin replaced him as first deputy chief of staff for domestic politics with Vyacheslav Volodin. Reportedly, Putin considered Surkov to be too close to Dmitry Medvedev.

Nevertheless, Surkov’s departure has been rumored on numerous prior occasions, only for him to pop up again amid some new crisis. It might be significant that the latest such report of Surkov’s crisis management emerged from Russian-occupied Abkhazia in Georgia, where a popular protest forced the Kremlin-appointed “president” to resign two weeks ago.

Surkov’s apparent replacement Dmitry Kozak has been close to Putin for many years, holding a series of senior positions without ever falling out of favor. As a lawyer, he has been Putin’s point man for constitutional and international legal matters. Until this latest change, he was deputy prime minister for regional affairs, leaving him in charge of the economic management of the Russian-occupied territories across the former Soviet Union.

On January 24, Kozak was appointed to a newly-formed position as deputy head of the presidential administration. In this new post, he will presumably be responsible for all matters involving the former Soviet Union. This is a significant promotion. While there were nine deputy prime ministers in the government, there are only three deputy chiefs of staff and they are expected to be much closer to Putin.

The key difference between Surkov and Kozak is that Surkov tended to create problems rather than solve them. By contrast, Putin has often deployed Kozak to resolve problems, or at least to stabilize the situation. The most famous Kozak project relating to the Kremlin’s frozen conflicts was the 2003 Kozak Plan for Transnistria in Moldova. In essence, this ultimately unsuccessful plan envisaged the far-reaching federalization of Moldova and the maintenance of substantial Russian military forces, which would have rendered the state ungovernable and deprived it of sovereignty. He has also focused on integrating the economies of Russian-occupied territories into the Russian economy.

Kozak’s appointment appears to indicate a coming change in Kremlin policy towards Ukraine. Indeed, when Putin’s press spokesperson Dmitry Peskov responded to questions over Surkov’s departure by denying that the Kremlin’s Ukraine policy would change, many chose to see this as confirmation of the opposite. Putin has already had repeated contacts with Ukrainian President Volodymyr Zelenskyy. He is now likely to intensify his diplomatic endeavors.

One possibility is a new version of the Kozak Plan for occupied eastern Ukraine. Another option is that Kozak has been appointed to integrate the region into Russia. In any case, Kremlin policy towards eastern Ukraine is now likely to change.