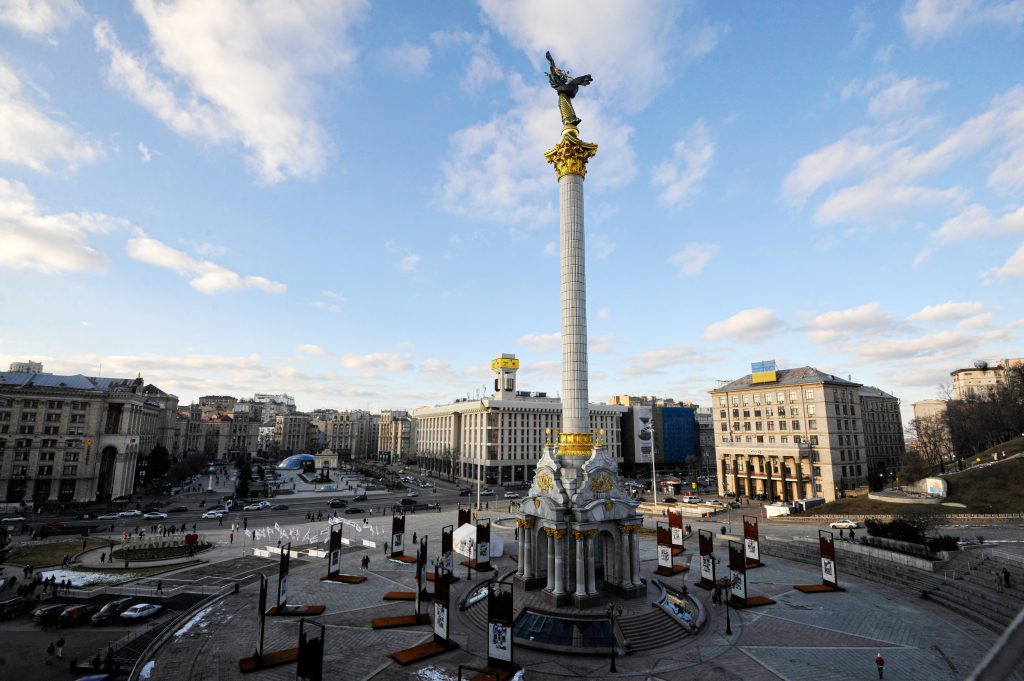 Even without launching his threatened full-scale invasion of Ukraine, Vladimir Putin is already causing the country great economic losses. The West cannot stand by and watch this happen. Indeed, the economic front in the ongoing Russo-Ukrainian War is just as decisive as the military front and demands equal international attention.

As the costs of the current crisis continue to mount, Western leaders must step up and provide substantial financial support to Ukraine, much as they did in 2014-2015. At the same time, the Ukrainian government needs to urgently return to a comprehensive reform agenda that will put the country’s economy on a far more stable long-term footing.

Since November 2021, Russia has been increasingly encircling Ukraine from the north, east, and south with a potential invasion force numbering more than 130,000 troops. This military build-up has been described as the biggest in Europe for three decades and has sparked fears of the continent’s largest conflict since World War II.

Unsurprisingly, Putin’s saber-rattling has managed to scare the international business community in a number of ways. By mid-January, annual yields on Ukraine’s Eurobonds had risen to above 10 percent, effectively depriving the country of access to international financial markets. Neither the Ukrainian government nor large Ukrainian companies can issue international bonds any longer.

Another blow has been the depreciation of Ukraine’s hryvnia currency, which has fallen to a yearly low against the dollar. Meanwhile, nearly all private domestic and foreign investment has ceased. Due to the uncertainty of the situation, businesses have grown increasingly reluctant to make financial commitments and some multinationals have obliged international employees to leave the country.

Insurance has become a major headache for the Ukrainian economy, with insurers covering merchant shipping and commercial flights raising red flags over the perceived dangers of traveling to Ukraine. Needless to say, the tourism and business travel industries have ground to a virtual halt.

While no exact figures are available, it would be reasonable to assume that the threat of a full-scale Russian invasion has already cost Ukraine billions of dollars it can ill afford. The opportunity costs in terms of lost future economic potential are harder to quantify but likely to be considerably higher. Put simply, Putin’s intimidation tactics are a great way of keeping Ukraine locked in the economic doldrums and vulnerable to Kremlin pressure.

Fortunately, Ukraine’s financial starting point at the beginning of this crisis was quite good. The country’s public debt had fallen below 50 percent of GDP, while the economy had greatly benefited from the high agricultural commodity and iron ore prices of the last two years. At the end of 2021, Ukraine’s international currency reserves reached USD 31 billion, the highest level for a decade.

At the same time, Ukraine also has significant external debt obligations to meet. Dragon Capital assesses its external funding needs this year at USD 8.5 billion, of which USD 5 billion would finance the budget deficit and USD 2.5 billion is required for external debt.

Ukraine’s Western partners are already offering financing. The IMF is supposed to send a mission to Ukraine very soon and is reportedly intent on concluding a new agreement in addition to the remaining USD 2.2 billion of a USD 5 billion standby agreement that is set to be disbursed in spring 2022.

The European Union has already offered EUR 1.2 billion in macroeconomic financial assistance. France has offered the same amount, mostly in the form of a credit to buy Alstom electrical locomotives which Ukraine badly needs. US Secretary of State Antony Blinken has offered USD 1 billion in loan guarantees, while Canada has offered USD 0.5 billion. Overall, this represents approximately USD 6.4 billion.

In addition, the World Bank and the European Bank for Reconstruction and Development can each be relied upon to deliver about USD 1 billion this year. More bilateral funds are forthcoming, so Ukraine’s total financial support in 2022 should reach some USD 10 billion.

As soon as we know the outcome of the current crisis, the international community, typically the World Bank, should organize a donor meeting for Ukraine to mobilize and coordinate these commitments. Switzerland is to host the annual Ukraine reform conference in Lugano in early July. This conference would be a good opportunity to wrap up Ukraine’s funding for 2022.

While international economic backing for Ukraine is both welcome and necessary, the West should not and cannot provide such substantial financial support without conditions. These conditions are clear: Ukraine must restart the economic and governance reforms that the Zelenskyy administration has stopped or allowed to stagnate.

Most importantly, Ukraine needs to carry out genuine judicial reform. The country’s top courts must be thoroughly cleansed of corrupt judges and then used to clean up the lower courts. In parallel, the prosecutor general’s office and the Security Service of Ukraine need to be depoliticized.

Second, Ukraine’s currently disorganized energy markets need to be both liberalized and more properly regulated. The wide discrepancy between different prices for the same kind of energy needs to be eliminated and the government must fulfill its obligations. Private production of natural gas should be facilitated so that Ukraine can finally become self-sufficient. The country also needs to pursue the decarbonization of electricity production.

The Zelenskyy administration must renew Ukraine’s efforts to reform the corporate governance of large state-owned enterprises. This means installing competent and independent directors on the supervisory boards of big companies with the authority to select top management and adopt financial and strategic plans.

Finally, the authority of government ministers needs to be re-established. Ministers should be appointed on the basis of competence and not because of close personal relations with the Office of the President. Ministers also need to be given a reasonable time in office to prove themselves.

Under Zelenskyy, Ukraine has had seven energy ministers and five economy ministers, none of whom have had enough time to get anything done. The Cabinet of Ministers should have its authority over economic policy restored and should no longer suffer from phone dictates from the president’s team.

With enough international support and sufficient political will, the current crisis could eventually lead Ukraine in the right direction towards a stronger economy and the rule of law. This is the only way to achieve the higher standards of living and better quality of life that will signal Ukraine’s ultimate victory in the civilizational confrontation with Putin’s Russia.