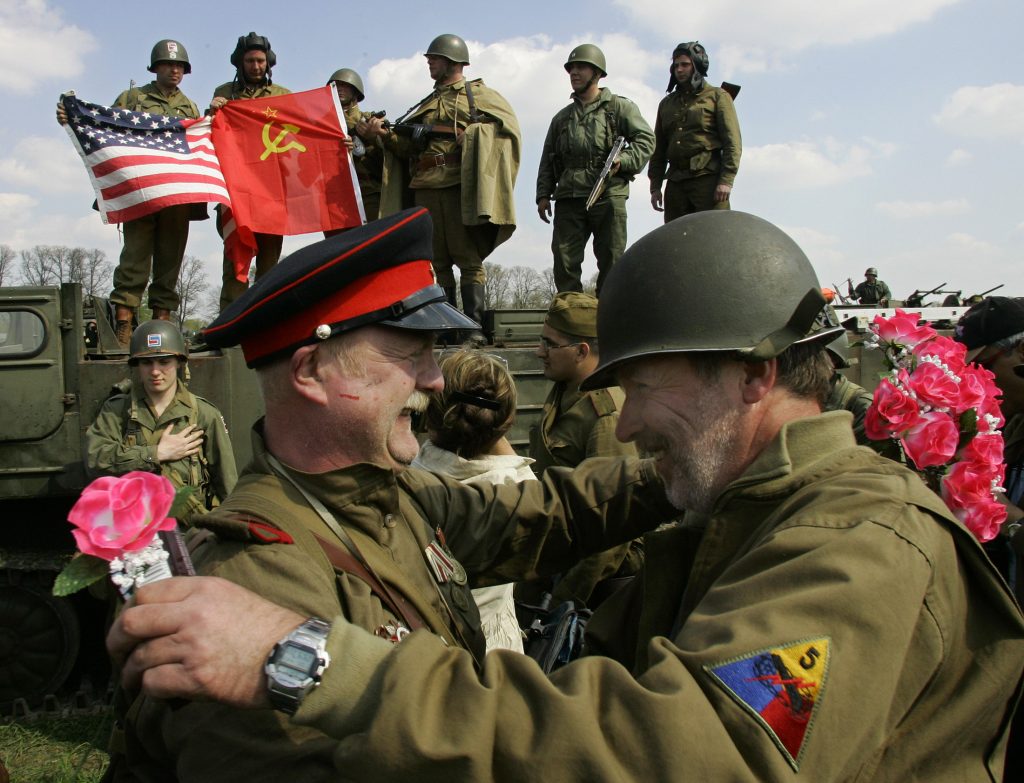 The upbeat joint statement issued by US President Donald Trump and Russian President Vladimir Putin on April 25, 2020 was both baffling and alarming. Released to mark the seventy-fifth anniversary of the meeting between Soviet and US troops on the River Elbe in the final days of WWII, the statement hailed the spring 1945 event as “an example of how our countries can put aside differences, build trust, and cooperate in pursuit of a greater cause.” Given the tense current state of bilateral ties, the conciliatory tone of this statement is hard to understand, let alone justify. Indeed, it is difficult to see how Washington can “build trust” with Moscow, as suggested in the Elbe statement, given the long and ever-expanding list of hostile actions undertaken by Russia over the past six years of hybrid warfare against the entire Western world.

Russia’s hybrid war is global in scale and diverse in form. The one common feature uniting Russia’s activities is the overriding objective of undermining the rules-based and Western-dominated international order that emerged in the 1990s following the Soviet collapse. It could be argued that this campaign is really just a continuation of old Cold War activities that never completely ceased. Nevertheless, there has clearly been a sharp escalation since the mid-2010s. The watershed event was the Russian military takeover of Ukraine’s Crimean peninsula in February-March 2014. From the moment Putin ordered his “little green men” to seize Crimea, he was drawing a line under more than two decades of uneasy coexistence and placing Russia in open opposition to the democratic world.

Within weeks, Putin had expanded his military campaign to mainland Ukraine and begun a war in the east of the country that continues to this day, with over 13,000 killed and more than 1.5 million internally displaced persons. This campaign also led to the shooting down of flight MH17 in July 2014 by Russian forces in eastern Ukraine, an atrocity that brought the horrors of the war home to hundreds of families in the Netherlands, Malaysia, Australia, and a host of other countries.

Beyond Ukraine, Russia has engaged in a wide variety of aggressive actions. There have been political assassinations, including a failed attempt to deploy chemical weapons against a Kremlin target in suburban England. Russia has interfered in democratic votes such as the 2016 US presidential election, fueled separatism in Catalonia, backed far-right groups throughout the EU, and plotted the violent overthrow of the elected government in Montenegro. Cyber warfare has reached new heights, with Russia accused of attacking sensitive government systems and hacking vital elements of infrastructure across the Western world. Meanwhile, coordinated Russian disinformation operations have become an everyday feature of the online media landscape.

In the military sphere, the post-2014 world has witnessed the rise of hybrid Russian forces operating without official status. First used during Russia’s military interventions in Crimea and eastern Ukraine, these hybrid formations are closely tied to the Russian armed forces and typically include large numbers of former servicemen. This creates a veil of deniability that allows the Kremlin to conduct an aggressive foreign policy without accepting legal responsibility for the actions of forces that remain under its control. Since 2014, hybrid Russian forces have appeared everywhere from Syria and Libya to Venezuela and the Central African Republic.

Moscow does not admit to any of this hybrid aggression. Instead, Russia denies the entire existence of a coordinated campaign against the West, with Kremlin officials dismissing each and every new accusation as yet another example of groundless “Russophobia”. This makes it impossible to engage in the kind of trust-building referred to in the Elbe statement. Indeed, Russia’s policy of issuing blanket denials despite the existence of overwhelming evidence to the contrary makes it unrealistic to take anything Moscow says at face value.

The recent joint statement to mark the anniversary of the River Elbe meeting was a clever ploy on Russia’s part that sought to exploit American goodwill associated with the allied effort to defeat Nazi Germany. By reminding US audiences of their wartime partnership with the Soviet Union, the Kremlin hoped to distract attention away from the numerous very good reasons to be distrustful of today’s Russia.

This cynical use of WWII for contemporary political purposes has been a favored tactic of Putin’s for much of the past two decades. Domestically, he has used Russian reverence for the Soviet war effort as a tool to bolster national pride and counter the feelings of shame and humiliation that followed the collapse of the USSR. This has led to cult-like celebrations of the Soviet victory that grow more frenzied and elaborate with each passing year. It has also helped transform the way Russians relate to their country’s troubling past. Putin’s WWII victory cult has almost single-handedly “rehabilitated” the entire Soviet era and served as the perfect antidote to the monstrous crimes of Stalin. The Russian leader is now exploring whether the same trick can help him improve ties with the US.

We can only hope that from Washington’s perspective, the recent US-Russian joint statement was a mere diplomatic gesture reflecting President Trump’s oft-stated but largely unfulfilled desire for warmer bilateral ties. With Russian troops still occupying Crimea and a portion of eastern Ukraine, and with Kremlin agents engaged in destabilization efforts throughout the West, calls to put aside differences and work together have the ring of sarcasm bordering on mockery. If Putin is genuine in his desire to “build trust”, he should forget about WWII nostalgia and address concerns over the aggressive actions of today’s Russia that blatantly violate his country’s international obligations and threaten global security.

Image: Members of a re-enactment group dressed as US and Soviet Red Army soldiers recreate the historic April 1945 meeting at the River Elbe in this 2005 archive photo. REUTERS/Fabrizio Bensch