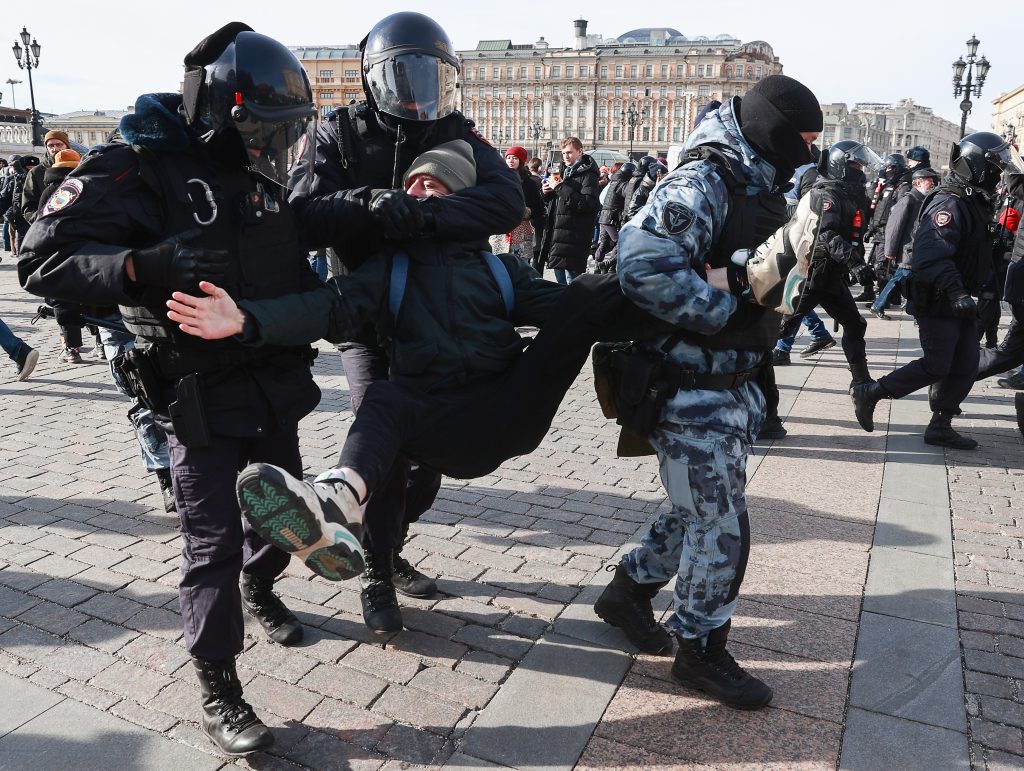 The Russian invasion of Ukraine has prompted an unprecedented and multi-layered international response to support Ukraine and Ukrainians. Liberalism, it seems, may have some life left in it.

As the international community focuses on the war in Ukraine, it is imperative that the plight of independent civil society and human rights defenders in Russia is not forgotten. A coalition of states at the UN Human Rights Council is ready to establish a Special Rapporteur on the human rights situation in Russia but this informal coalition requires leadership.

The Russian invasion of Ukraine has prompted swift action by Western nations including security assistance and unprecedented sanctions. The West must ensure that Russia’s independent civil society also receives support.

A new iron curtain is now descending across Russia, behind which the authorities are forbidding the exercise of civil rights and a free and independent civil society. For the last two decades, Russian authorities have systematically attacked and rolled back fundamental freedoms, shut down independent media, targeted civil society, and banned peaceful protest in the country.

Repressive measures have escalated dramatically following the invasion of Ukraine. As of March 9, more than 13,000 people have been arrested in Russia for demonstrating against the war. Under a law passed on March 4, it is illegal to refer to Russia’s actions in Ukraine as anything other than a “special operation.” Media outlets are required to base reports exclusively on information provided by Russian government sources.

In late 2021, Human Rights House Foundation reported that it had never been more dangerous to be a human rights defender or organization in Russia. Only a few months later, the danger has now increased. Without international support, independent Russian civil society will be left as isolated as the country’s government.

Russia’s attacks on fundamental freedoms, independent media, and civil society have played a role in the authorities’ ability to wage an unprovoked war against Ukraine. These factors allowed the Russian authorities to build a false narrative which supported the invasion while limiting the ability of citizens to access credible reporting.

As Russia’s domestic human rights situation substantially deteriorated over the last 20 years, the international community failed to establish meaningful mechanisms to monitor and report on violations. It is now past time for the UN Human Rights Council to establish a Special Rapporteur to report on human rights issues in Russia.

This mandate would serve as a de facto primary point of contact for Russian human rights defenders and organizations within the UN human rights infrastructure. A Special Rapporteur would report regularly to the Human Rights Council and serve as a key independent voice speaking up for those facing threat of reprisal for their human rights work. Most importantly, the mandate would provide critical early warnings to the Council of emerging human rights threats within Russia.

This action will only happen with leadership. However, a broad coalition of supportive states is ready to support it. The US is rightly seen as leading the global response to Russia’s invasion of Ukraine. If the US re-engaged at the Council or if another key Western state takes the lead, there is a ready coalition which will follow.

It is crucial for the Biden Administration to recognize that the invasion of Ukraine is part of a broader regional crisis. The international community’s response needs to include monitoring and reporting on Russia’s domestic human rights violations. This action must be taken now during the ongoing 49th session of the Human Rights Council as the situation in Russia continues to rapidly deteriorate.

In 2021, the Council established Special Rapporteurs for Afghanistan and Burundi. At that time, civil society in both countries advocated strongly for such action. They rightly highlighted that the domestic situation in both countries had deteriorated to such a degree that action by the Council was warranted and necessary.

Today, legislation promoted by the Kremlin makes it impossible for Russians or Russian organizations to co-author this piece, which recognizes Russia’s action in Ukraine as an invasion and a war. However, we know that Russian civil society considers such action long overdue. It is time for the leadership of the Council to hold the Kremlin to account.

Dave Elseroad is Head of Advocacy at the Human Rights House Foundation.